How To Adopt A Can-Do Attitude [BLOG] 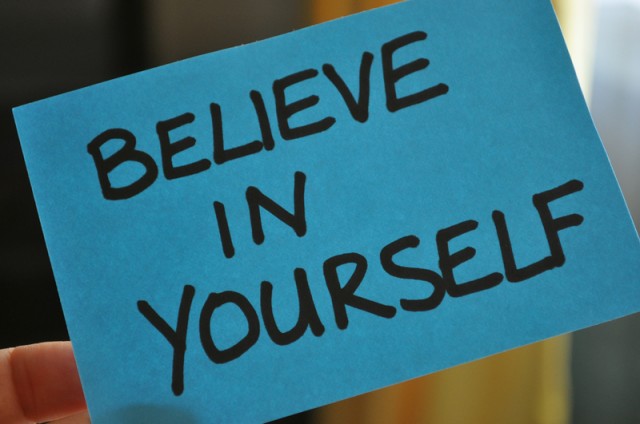 Some time ago I was on my way to Salt Lake City. While thumbing through the in-flight magazine I saw an ad for the Special Olympics. In the middle of the page was the picture of an athlete going over the bar in the high jump. Above the photo the caption read, “There were a few basic steps I had to take to learn the high jump… like believing I could. IT’S ALL ABOUT ATTITUDE.”

When I read it, I smiled to myself because I knew how true the statement was. Attitude is, beyond question, an integral part of any success journey.

The successful ones have a “can-do attitude.” They do whatever it takes to win (providing it is moral, legal and ethical). One of the things I enjoy most about the Olympics is to hear all the human-interest stories of athletes from all over the world. The tremendous obstacles that many of them had to overcome in their personal lives is admirable by any standard. But to do that and get to the Olympic Games is, in many cases, nothing short of miraculous. Along the way they adopted an attitude of “how I can” instead of “why I can’t,” and they were able to handsomely reap the rewards of that attitude. As the ad said, “It’s all about attitude.” The current that determines your dreams and shapes your life flows from the attitude you nurture every day.

As you go through life, you are going to encounter all kinds of obstacles—dozens of reasons why the goal you are pursuing could never be achieved or should not be pursued. Many of these will present themselves as concrete facts.

Jamaica, being only 18 degrees North of the Equator, is always hot. That means the only place we ever see ice is in the tall glasses of lemonade we drink to keep ourselves cool. In the 1988 Winter Olympics, during the week of the four-man bobsled event, all the major teams were adding the finishing touches to their preparations and completing final selection of the two teams that would race on the weekend, and we were still trying to figure out who would ride in the second, third, and fourth spots on the sled. We already knew who the driver was. These facts would suggest that there was a greater opportunity for Jamaica to have a White Christmas than for its bobsled team to have any success at the Winter Olympics. However, by the end of the week, we had the seventh fastest start time. In 1994, our time finished in 14th place, ahead of the US in 15th, and was ranked the 8th nation overall. In the Salt Lake Games we set a new start record in the two-man event. The facts may be daunting but as that great Jamaican philosopher, Bob Marley, said “it’s a small axe that takes down a big tree.” When you focus on the solutions with a positive mental attitude, you end up with an opportunity to create a new set of facts that are far more powerful and dynamic.

It is very easy to believe that your attitude is affected by what others say or do, or even by what is happening around you. The truth is, it is what you say to yourself that has the greatest impact on how you approach the challenges in your life. Back in 1988, when many were calling us a media stunt we were calling ourselves the “Ragamuffins”. When asked what it meant we were always happy to divulge that it denoted a “can-do attitude” because we knew that we were also reaffirming that attitude to ourselves.

“Attitude to me is more important than facts. It is more important than the past, than education, than money, than circumstances, than failures, than successes, than what other people think or say or do. It is more important than appearance, giftedness, or skill. The remarkable thing is that we have a choice every day regarding the attitude we will embrace. We cannot change our past. We cannot change the inevitable. The only thing we can do is play on the one thing we have—and that is our attitude. Life is 10% what happens to me, and 90% how I react to it. And so it is with you… we are in charge of our Attitudes.”

As an original member of the 1988 Jamaican bobsled team and captain of the 1992 and 1998 teams, 3-time Olympian, Devon Harris achieved his grand dream—his current dream is to inspire others to achieve theirs. Tapping the same energy, determination, and skills that enabled him to bobsled with the best in the world, Devon, as a motivational speaker, is now sparking audiences of all ages to dream big and take their “game” to the next level.