Please Use During High-Stress Times [PIC/BLOG] 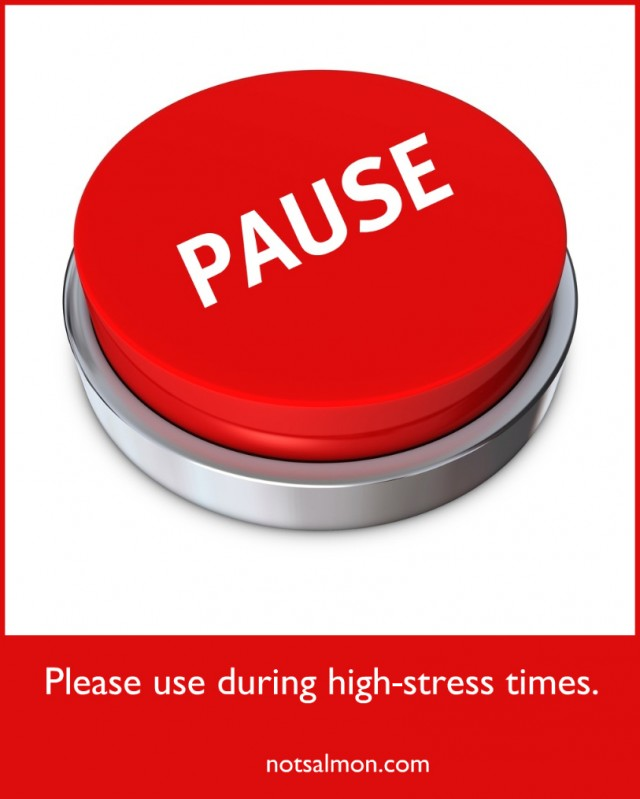 1. If you’re in the midst of a stressful time / fight with someone, take a moment to pause before you say something or do something you might regret. The goal is to avoid what psychologists call “a harsh start-up.” Relationship expert Dr. John Gottman says he can predict 96% of the time how a conversation will end, based upon its first three minutes!

2. Interesting fact: If you’re very stressed out /angry, your heartbeat tends to rise higher than 100 beats-per-minute, creating a feedback loop to your brain to enter into fight/flight mode. When you’re in fight/flight mode, you’re thinking from the reptillian part of your brain—and not your higher level neocortex. Translation: You will not be as capable of fully understanding/processing what you’re thinking or what someone else is saying. Basically, when you’re angry, your brain is literally less able to think at its highest level and allow you to communicate as your wisest self. Hence why when in a state of anger, you’re mentally wired to be more likely to foolishly inflame a situation with insults and petty meanness.

3. Recognize that eventually most fights do not stay about the fight’s topic—but rather the way people choose to fight. As Marcus Aurelius said: “How much more grievous are the consequences of anger, than the causes of it.” Again, hence why it’s good to press that pause button, and consciously choose to communicate with the goal of wanting to create a win/win with someone—and not just win an argument for winning’s sake—and thereby risk losing a valued relationship.

Check out Karen Salmansohn’s work and original prints at her website and/or say hi to her on Facebook.