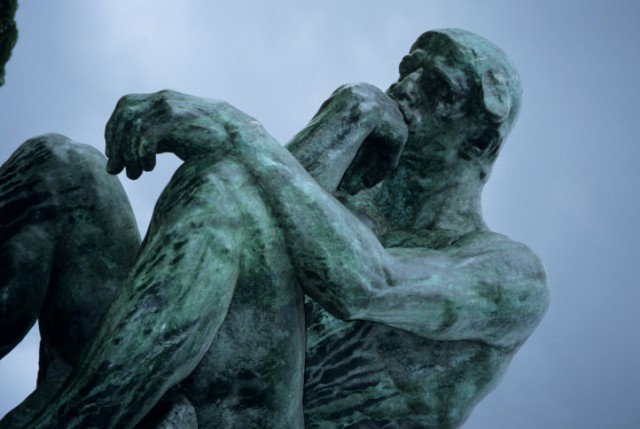 I’m always gratified when I learn that one of my Secrets of Adulthood reflects not merely my idiosyncratic experience, but also has some science behind it.

For instance, one of my Secrets of Adulthood is: Most decisions don’t require extensive research.

I came up with this Secret of Adulthood to remind myself not to squander my time and energy on decisions that don’t matter very much.

I recently read a short piece about a study that showed that “Decisions that are complicated but trivial…cause an inordinate amount of wasted time and unhappiness.” The researchers call this “decision quicksand” because we can get sucked in, and drown, in these trivial choices.

Surprisingly often, I need to remind myself not to spend too much time on relatively unimportant decisions. Even though I don’t want to spend my time and energy this way, it takes a considerable amount of self-awareness and self-control to resist the temptation.

The satisficer/maximizer split seems relevant here. As Barry Schwartz explains in his fascinating book, The Paradox of Choice: Why More Is Less, there are two types of decision-makers. Satisficers (yes, “satisfiers” is a word) make a decision once their criteria are met; when they find the hotel or the pasta sauce that has the qualities they want, they’re satisfied. Maximizers want to make the best possible decision; even if they see a bicycle that meets their requirements, they can’t make a decision until they’ve examined every option.

Studies suggest that satisficers tend to be happier than maximizers. Maximizers expend more time and energy reaching decisions, and they’re often anxious about their choices. They find the research process exhausting, yet can’t let themselves settle for anything but the best.

I’m a satisficer, and I often felt guilty about not doing more research before making decisions. In law school, one friend interviewed with fifty law firms before she decided where she wanted to go as a summer associate. I think I interviewed with six. We ended up at the same firm.

Once I learned to call myself a “satisficer,” I felt more satisfied with my approach to decision-making. Instead of feeling lazy and unconscientious—I could call myself prudent. Now I can also remind myself not to get sucked into “decision quicksand” for decisions that don’t deserve that much attention.

Do you find yourself spending too much time and energy on unimportant decisions?