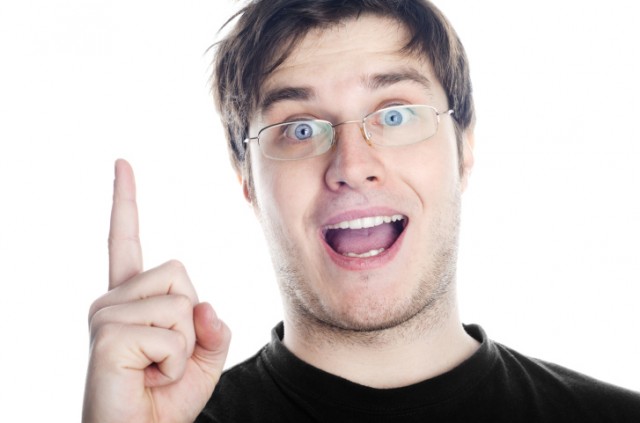 I get a tremendous intellectual and emotional satisfaction when I hear someone give exactly the right answer to a difficult question. I was trying to remember some of my favorite examples of this kind of response, because just thinking about them makes me happy.

Here are four examples that sprang to mind:

1. My very favorite parenting book (its principles that apply equally to adults) is Faber and Mazlish’s How to Talk So Kids Will Listen & Listen So Kids Will Talk, and I also love their book, Siblings Without Rivalry. It has a terrific section about dealing with a child who says, “You love Joe more than me!” The authors point out that the answer “I love you both equally” isn’t satisfying, because we all crave to be loved uniquely. They tell a story to give an example from the adult context. When a wife turned to her husband and said, “Whom do you love more? Your mother or me?” she didn’t want to hear him say, “I love you both the same.” Instead he said, “My mother is my mother. You’re the fascinating, sexy woman I want to spend the rest of my life with.” Good answer!

2. A few days before my wedding, I was in high-anxiety mode about all the details and all the opportunities for disaster. (Among other things, I was very preoccupied with the fear that my veil would come off my head during the ceremony. Have you ever heard of this happening?) My mother listened patiently for a while, then observed, “The things that go wrong often make the best memories.” This instantly comforted me.

3. In Piers Anthony’s fantasy novel, A Spell for Chameleon, Bink despairs because he doesn’t know what kind of magic he possesses. To learn the answer, he goes to the Good Magician Humpfrey, who will answer a question in exchange for a year’s servitude. While there, Bink meets a manticora who is almost at the end of its service.

“What question did you bring?” Bink asks.

“I asked whether I have a soul,” the monster said seriously.

“That only those who possess souls are concerned about them.”

“But—but then you never needed to ask. You paid a year for nothing.”

“No. I paid a year for everything … A simple yes or no answer would not have satisfied me; it could be a blind guess, or merely the Magician’s off-hand opinion. A detailed technical treatise would merely have obfuscated the matter. Humfrey phrased it in such a way that its truth was self-evident. Now I need never doubt again.”

4. My husband and I were working on a project with several other people. After we all received a certain email, one person meant to forward the group message just to my husband and me, with a critical comment about it. Alas, he made the classic mistake and hit “reply all.” He sent a nice note to the people who might’ve been annoyed, and then sent another note to us to lament what had happened. My husband sent back what seemed to me to be a simple and perfect response: “We’ve all done it.”

When I thought about why I found these answers so deeply satisfying, I realized they shared certain qualities.

First, they acknowledge the reality of other people’s feelings. “Don’t be silly” or “It’s all going to be fine” denies that a person is feeling worried. Whether or not they should be worried, they are.

Along the same line, they don’t argue that a person’s concern is unfounded. Hearing “Oh, it doesn’t matter” isn’t very comforting when you’re feeling anxious. These responses put the issue in a helpful perspective.

Importantly, the answers also have the ring of deep truth. A comforting truth is truly comforting, while a flip “Why are you worried about it?” often just makes a person feel worse.

Have you ever heard someone give just the right response? Even better, have you ever felt that you had exactly the right words to offer?

* My next book, Happier at Home, is at the copy-editing stage now—which is both exciting and terrifying. If you’d like to be notified when the book becomes available, sign up here. It’s thrilling to have a new book coming out.