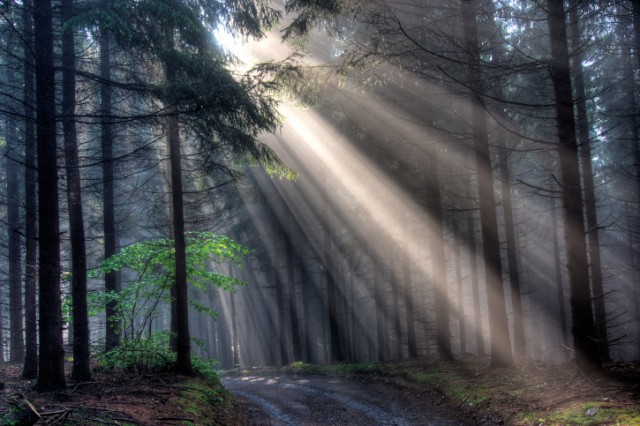 Just about every Law of Attraction tome advises dreamers to “act as if.” Act as if you are wealthy, act as if you’ve already achieved your biggest goals, act as if you’re on top of the world. I used to shrug it off as nothing more than an adult version of playing house. Nice in theory, but I’m not suddenly a doctor because I act as if I have a stethoscope in my hand.

I was wrong. It works, but in unexpected ways.

I’ve wanted to be an author ever since I was a little girl, sitting on the floor of the Green Apple Bookstore in San Francisco, dog-earing pages of books because I knew I would be back the next day. In 2008, after mustering up the courage to write a book for college graduates based on my blog, I completed the first draft. I told everyone I was going to self-publish because “I was on a roll” and “just wanted to get my book out there to the world.”

But deep down I knew it was because I was terrified that I had nothing of value to say, and that I couldn’t handle the rejection that might come with pursuing a traditional publisher, or of having a book that didn’t sell. So instead of choosing a direction at the fork in the road—self-publish or pitch to big houses—I stopped . . . paralyzed. I didn’t open the Word file with my book in it for five months. Graduation season—my peak promotion opportunity—came and went.

For every day that I ignored my project, it felt like a part of me died. I was watching my life dream free-fall through my fingertips. And I couldn’t muster the strength to do a damn thing about it.

I started hating myself for giving up and for being so weak. I felt dull and uninspired and lost. But then—in an aha! moment—I realized that the only way to move forward was to act as if.

I showed up to my local National Speaker’s Association chapter meeting and since I couldn’t bear to face my neglected dream of being a writer, I decided to act as if I was a successful speaker. While I was there, I met Michael Larsen, the author of the book, “How to Write a Book Proposal.” He gave me his copy and offered to review my proposal when it was done.

The universe doesn’t make herself any clearer.

The fog over the fork in the road lifted. It was time to pick myself up, write the proposal, pitch the book, and GO BIG or go home. If I got rejected by every agent and every publisher, so be it. It was better than standing idly by as I watched my project get strangled by my own self-doubt.

Running Press (a division of Perseus) published my book in March 2011. My aha! moment taught me to trust your gut, share your gifts with the world, and never give up. ACT AS IF.

Jenny Blake turns dreams into plans and can’ts into cans. An author, blogger, life coach, Googler, and yoga teacher, what hasn’t Jenny done? Her newly published book Life After College: The Complete Guide to Getting What You Want will teach you just that, how to get what you want. A portable life coach for twenty-somethings, it’s filled with tips, quotes, and coaching exercises that will help you focus on the big picture of your life.