Listening From The Heart [BLOG] 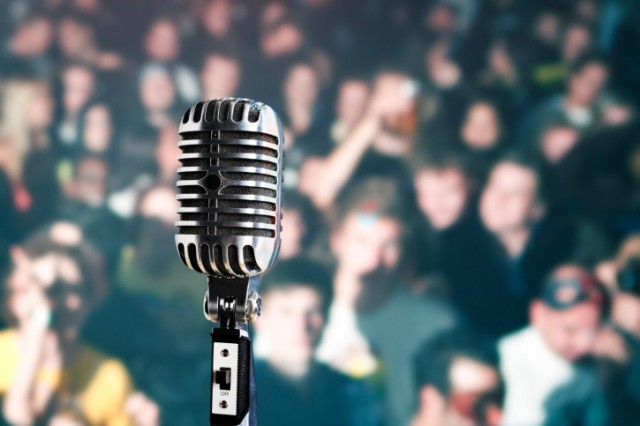 It is is June, 2010. The scene is an all-student assembly where faculty and proud parents join for a wonderful year-end elementary school tradition called “The Moving Up Ceremony.” Having now completed sixth grade, my then twelve-year-old daughter was chosen for the high honor of giving her class’s year-end speech. Sarah’s purpose: To share her veteran sixth-grade wisdom with underclassmen who would soon be “moving up.”

My hearing loss took a major turn just days before Sarah’s speech.  I was “effectively deaf” the doctor later said. The harsh reality of my predicament was somberly sinking in. Of course, I was proud as a Dad can be about Sarah being selected to represent her class. I savored for her performance on stage.

Then this nightmare happens. Now I was unable to hear my daughter’s precious three minutes of fame. And it pained me to fathom that all future special occasions like this one would also be irrevocably tarnished. Will I forevermore miss the joyous sounds of my children growing up? It was a cruel prospect. Scary too.

My instinctual reaction to inaudible words was to toil to see what the other person was saying. I quickly surmised that “lip reading” is extremely difficult to do. In fact, at first, I thought it was impossible. After a couple of days of strained trial-and-error I figured out that interpreting facial expressions offered a smidgen of insight when I understood the context of the current conversation. I also learned to stop trying to read every word (that was exhausting and fruitless); just the key words. Then I made an important discovery about my new soundless world: That I could read lips a little by anticipating what the talker was most likely about to say.

Thus my amazing journey began as I learned to look for the many common words, phrases, and expressions that people use. Every time I see that guy, he says, “Hey man, how you doing buddy?!” Yep, look, he just said it. I can read his lips! The trick is knowing. Then it occurred to me. Sarah wrote her own speech. I already have every word available to me. A ray of hope cracked through the cold, dark silence.

Listening from the Heart

My Sarah’s speech was fully eight sentences long. Classic Sarah, it gets right to the point with simplistic exuberance: Sixth grade is a year packed with fun memories that I will never forget! They were her exact words. How do I know? I remember it. I will always remember it. I heard her say it without a sound. I had memorized her speech beforehand. Then I watched very carefully as she took the stage and uttered every word. I knew precisely what Sarah was saying as I watched her say it!

Sarah’s stage performance was flawless. She smiled broadly, she looked at her audience, she engaged them as she read. It was riveting. In fact, I experienced Sarah’s speech like no other performance I had ever seen or heard. Go figure!

I later learned that the acoustics in the auditorium were very poor. Parents complained that they couldn’t hear the presentations through the crackly microphone. A few times the audio blew out completely and the audience was trapped in silence. But not me!  I heard exactly what I came to hear loud and clear. And, to this very moment, every word resonates within me.

On that grande day Sarah taught me what listening from the heart is all about. It remains one of the most valuable lessons of my life.

Listen heart, listen. Your beautiful daughter is speaking right now. Do you hear her? I do. I always do.  She sounds wonderful!

So now I listen from the heart to Be Inspired!

Brian Patrick Jensen is a father, teacher, trainer, award-winning business leader, and motivational speaker. He also happens to be deaf. Hear him and be inspired!