Mining Your “Acres of Diamonds” 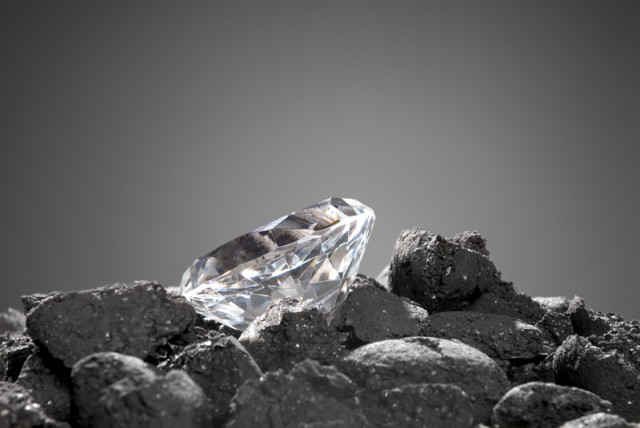 Russell Conwell helped to transform a small Philadelphia night school in a church basement into Temple University. He did it by retelling a story that was told to him while in a camel caravan in Mesopotamia. It was a story about Al Hafed, a very wealthy farmer in ancient Persia. Al Hafed was living his dream life until, one day, a Buddhist priest visited him, and during their conversation told him how the world was formed. The old priest also told Al Hafed about diamonds, and that if he had a handful of diamonds he could purchase a whole country. With a mine of diamonds, through the influence of their great wealth,  he could easily place his children upon thrones.

That night Al Hafed went to bed a poor man—not that he had lost anything. He was poor because he was discontented, and discontented because he thought he was poor. After a sleepless night, he arose early the next morning and told the priest of his desire to be immensely rich. After a lengthy conversation, the priest told him that he would find diamonds in a river that runs over white sand between high mountains. Al Hafed sold his farm, collected his money, left his family in the charge of a neighbor, and began his search for diamonds.

After years of exhaustive search throughout Palestine and across Europe, penniless, ragged, and wretched, he threw himself into the incoming tide off the coast of Spain never to rise again. In the meantime, back at the farm, Al Hafed’s successor, while giving his camel a drink from the stream that ran through the property, found a black stone with an eye of light that reflected all the colors of the rainbow. The stone turned out to be a diamond. And so were discovered the diamond mines of Golconda, the most magnificent diamond mines in the history of mankind. Had Al Hafed simply remained at home in his own garden, he would have had “acres of diamonds.” Every shovelful of that old farm has since revealed the gems which have decorated the crowns of monarchs.

The most amazing and tragic element of this story is that we have so many modern-day Al Hafeds, wandering aimlessly, searching for their acres of diamond everywhere—except in the backyard of their own mind.

One of the valuable lessons taught by this incredible story is one of perspective. How do you see  yourself? The gem stones are the attitudes you develop over time as a result of seeing YOUR world more clearly. When you see yourself more clearly, you see yourself as someone who is valuable and has limitless potential. This leads to high self-esteem and high expectations, which are the cornerstones for high achievement. This perspective also motivates and compels you to act with a clearly defined purpose.

Opportunities are dressed in work clothes

Your greatest opportunities lie under your own feet. They lie in your intellect, your talent and abilities, your education and experience, as well as with your family members, friends, and business contacts. The challenge is that, in the rough, a diamond does not look like a diamond. It looks like a black, rough piece of rock, and must be cut, shaped, and polished repeatedly before it glistens like the valuable stone that it is. The Al Hafeds of today are waiting around for their opportunities to turn up. They are looking for the easy way—the six numbers in the lotto or an inheritance from a long-lost relative. They fail to realize that their acres of diamonds represent an opportunity for them to learn and work hard for a long period of time, honing and developing their skills so that they can build a career or business and eventually have everything they want.

Your area of excellence

Each and every one of us has the ability to be excellent at something. What can you be excellent at? It is your responsibility to find it. You may have a knack for singing. Perhaps it’s teaching or sports. Whatever it is, know that ability is latent until it’s developed. You may have all the potential in the world, but the marketplace will only pay your performance, not your potential. J.K. Rowlings is now the richest woman in the UK—in 1990 she was on welfare. Her latent talent was in writing, and through her writing she began to mine the nuggets of diamonds that were abundant in her mind. Harry Potter became her Golconda mines. Remember, your diamonds are inside you waiting to be mined, cut and polished.

As an original member of the 1988 Jamaican bobsled team and captain of the 1992 and 1998 teams, three-time Olympian, Devon Harris achieved his grand dream. His current dream is to inspire others to achieve theirs. Tapping the same energy, determination, and skills that enabled him to bobsled with the best in the world. Devon, as a motivational speaker, is now sparking audiences of all ages to dream big and take their “game” to the next level. For more inspiration from Devon, visit his WEBSITE or check him out on FACEBOOK.