Think Like a Lion Tamer About the Hurt in Your Life 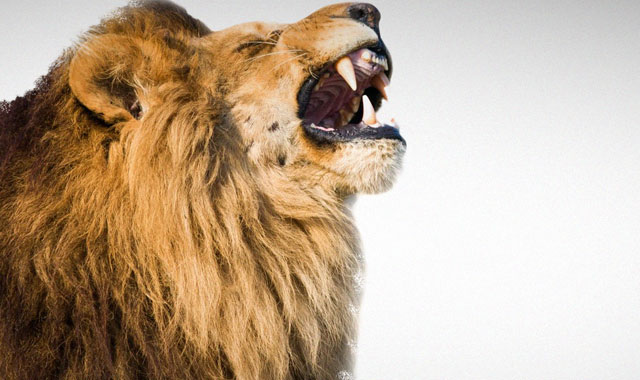 Have you recently been through a challenge, disappointment, break up, or disloyalty with somebody in your life?

If so, it’s important after you’ve been hurt, to take some time to think like a lion tamer about your pain, so you can tame the possibility of more negativity coming back to bite you again!

Here’s a quickie true lion tamer story to explain more about what I mean.

Graham Thomas Chipperfield, a star lion tamer with Ringling Bros. and Barnum & Bailey Circus, got bitten by Sheba, one of his 500-pound lionesses—when he was merely trying to save Sheba from being hurt by an attacking lion.

It took a while before the mauled Chipperfield healed from his injuries. During this time, Chipperfield made the choice to truly try to understand what happened to him from Sheba’s point of view. When Chipperfield mulled over how he got mauled over, he recognized how lions tend to think of the trainer as another lion. And so Chipperfield figured out that when he bounded into the cage to help Sheba—Sheba unfortunately assumed Chipperfield wanted to join in on the fight, too.

Did Chipperfield sit around blaming Sheba for her inaccurate thinking? No.

Did Chipperfield waste his time cussing out Sheba for hurting him — when he was only there to help her? No.

Instead Chipperfield took the time to see the biting from Sheba’s perspective—so he’d make sure this bad event would not happen again. And he made sure to take the time for this analysis before he stepped into any lion’s cage ever again.

“Being bitten by a lion is always the trainer’s fault,” Chipperfield has been known to chipperly say.

Robert “Dusty” Staub, a psychologist who counsels people who have been through failure, agrees with Chipperfield’s philosophy for moving forward. In fact, Staub describes the number one top cause of career and relationship failure as: “not being able to adopt the viewpoint of others.”

For this reason, many therapists—beginning with bigwigs like Freud—instruct patients in therapy and marital counseling to create a “mimesis”—and mirror back the offending party’s point of view—role playing how they envision the offending party would describe things. The hope: Through “mimesis”  the patient might better understand why someone might have emotionally taken a bite out of them—so they can avoid being emotionally bitten again.

Marriage counselors in particular all strongly recommend divorcees try to understand their role in a divorce before re-marrying. Statistics show if you re-marry before you’ve clearly seen things from the biter’s point of view, you’re re-bounded to fail again. The proof? About fifty percent of first marriages end in divorce—which is high. But for second marriages, the divorce rate increases to a whopping sixty percent.  Meaning? Far too many individuals aren’t taking the time to see  things from the biter’s point of view before they get back into a marriage—and thereby wind up getting emotionally re-bitten all over again.

Never, ever, ever, ever put yourself back into the same environment—a marriage, a job, a friendship, a repeat of a similar circumstance—until you’ve fully understood things from the biter’s point of view. Take the time today to understand your contribution to any bad event you’ve just been through.

Karen Salmansohn is a bestselling author and award-winning designer with over one million books sold. She’s been on the Today Show, The View, Fox TV, CNN, etc  Her books—which offer a range of happiness and resiliency psychology tools—have been recommended on Oprah.com—including her best selling THE BOUNCE BACK BOOK and PRINCE HARMING SYNDROME which you can read more about at her site: www.notsalmon.com. Her newest book INSTANT HAPPY is due out from RANDOM HOUSE in Oct. 2012.

* In case you missed it, don’t miss Karen’s VIRAL post, Letter from a Mother to a Daughter.