Re-Entry into Awe and Wonder 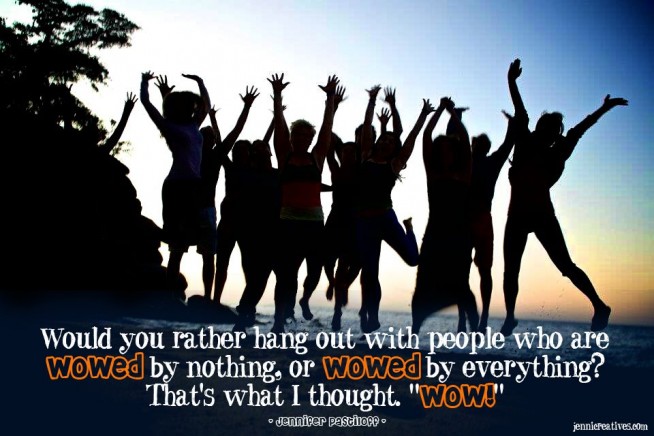 Confession: I am having the blahs.

I am back from my yoga retreat I led in Tuscany and my post-retreat vacation in Paris with an empty feeling. Like I came back a shell, having left the meat of me somewhere in Monteriggioni, inside the walled city, perhaps eating gelato. Maybe I left it in a field of sunflowers as the light splays down on them in such a way that my eyes burn, not so much with pain but with an overwhelming sense of wonder.

One of the things I asked my retreat attendees (a fantastic group that I am still pinching myself over) was to carry their journals around them, whether they were in Siena eating a slice of pizza or in Florence with the ghosts of Ponte Vecchio, long dead but still floating around with their gold and jewels somewhere just above the ether. I asked them to carry their Awe and Wonder Journals and jot down every single thing that caused them to feel awe or wonder. Whether it was a conversation with someone who didn’t speak a word of English or the way the Tuscan hills looked at 9:30 at night as the sun was going to bed or a piece of Pecorino cheese and the way it lingered in the mouth waiting for the perfect splash of Chianti to join it before descending.

I wonder how many things we miss because we feel we have seen it before or simply because we are looking at the wrong things to wake us up?

I want more things to stop me in my tracks.

I want more things to make me ask questions.

I want more things to make me feel connected to something bigger than myself, longer standing than myself, and way beyond what I can ever understand.

Those type of things.

Whether it is a too-hot piece of pizza in Rome or a moody sky in Paris. Whether it is the high ceilings at Ebbio in Siena and how they have been that high for 800 years or the way the olive oil tasted and how time seems slower there as if it has nowhere to be.

So I asked them to be filled with awe and wonder and to bring their journals around so they wouldn’t forget.

It’s easy to forget. Or to not look in the first place.

It’s like my beloved Mary Oliver says: their willingness to be attentive!

That’s it, right there. Are you willing to be attentive? To allow yourself more moments of awe and wonder and inspiration and grace?

I came back and feel empty because, in some way, I believe that is only possible when I am away. That when I am here, in my normal life, in the real world, I must go back to feeling like the same old me.

Sure, my retreat was a cocoon of love and safety. I got terribly ill, sicker than I can remember being, and, despite that, I felt safe and free and happy. I want that back, yes. Sure, the food tasted different, and the sky lingered longer than it does here, and I didn’t have to deal with emails and bills and traffic and making breakfast and Facebook.

But what I realized there, in Tuscany and Paris, and now in hindsight, sitting here with my too-strong coffee and feeling nostalgia, as I am prone to feel (is it any wonder I love Facebook?) is that: I can be Italy anywhere; I can be Paris anywhere.

What I mean is: I do not have to escape to feel alive.

I do not have to get away to remember the beauty around me or inside of me, to pick up small tokens of beauty wherever I am, on the sidewalk or in a conversation.

I simply have to allow it.

I simply have to take out my Awe and Wonder Journal and pay attention.

No, I won’t have the same treasures here. I won’t be able to duck into a Parisian cafe in the rain and snap photos of the macaroons or take the train and watch buildings speak their stories of defense and heartbreak and disintegration from centuries or eat Brie and actually enjoy it because it does taste different in France. And the wine in Italy. The wine in Italy is it’s own treasure.

But, I brought 25 people with me to Italy. I got sicker than I have ever been. They stood by me and not for one moment let me feel as if I was letting them down or that they were disappointed or that this was anything other than exactly what they dreamed of.

I did that. I attracted 25 people who got along perfectly as if they chose each other (because, in some way, they certainly did), who laughed together in Italian cities, who stayed up late and painted fingernails and drank Limoncello and wrote in their journals what they would do if they weren’t afraid, who swam in the Mediterranean and then had a picnic with tomatoes and cheese and hard boiled eggs and ate it happily with their hands. There were no cliques; there was no negativity; there was no complaining. I brought these people with me. From here.

So, if that is the case, it would make sense to say that I could bring them anywhere. I could have the same experience here in Santa Monica or in New York City or in Mexico or my sofa. It wouldn’t matter.

All I have to do is keep being who I am, and the right people will show up.

And then pay attention.

And then be awe.

List all the things below that bring you Awe and Wonder.

Click here to see some amazing shots on my site of the Tuscan retreat.

Jennifer Pastiloff was recently featured on Good Morning America. She is a yoga teacher, writer, and advocate for children with special needs based in L.A. She is also the creator of Manifestation Yoga® and leads retreats and workshops all over the world. Jennifer is currently writing a book and has a popular daily blog called Manifestation Station. Find her on Facebook and Twitter.

Jen will be leading a Manifestation Yoga®  weekend retreat at Kripalu Center for Yoga and Health in the Berkshires, Massachusetts Feb 1-3, 2013.