Things That Get Stuck 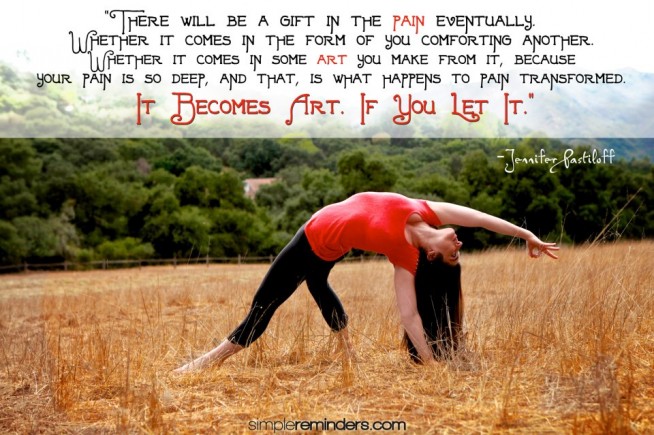 The things that get lodged in us.

Those that need dislodging, like a chicken bone in the throat.

How some things get stuck. And others, not so much. Other things, in their own river-like way, flow through us and by us, and if it weren’t for a photograph, we might forget them completely. (My twenties! Certain men I’ve dated! Seventh grade! Books I have loved and forgotten.)

Things that get stuck: certain sentences, the way someone looks at you, the beat of a song whose words have long since vanished, the way it felt to be young, how your father died.

Last night as I was working on my book, I called my mom to ask her some questions about my dad and how he died. I wanted to know precisely the cause of death and which drugs he took and exactly how many cigarettes he smoked a day. I wanted the facts, as if the facts can turn into something soft and malleable, as if they can change if you hear them enough. They do, don’t they?

I thought my dad died of a heart attack, until one day when I was thirteen and my mom told me that he had a stroke. So from thirteen until last night, I thought he had a stroke. My mom told me last night that it was not a stroke at all. Oh, the confusion. How did he die then, exactly? I need to know exactly what went down on that night in July 1983.

So Mom says it was this: Atherosclerotic Coronary Artery Disease.

Which is caused by blockages, which can be caused by the unfathomable amount of cigarettes he smoked daily or the speed he took. The same thing that caused Whitney Houston’s death.

Then Mom tells me this bit of news, which is now forever stuck and will not be dislodged. Ever.

She told me that the hospital had told her he had vomited and choked on his own vomit, and that was how he died. The official autopsy said, however, Atherosclerotic Coronary Artery Disease.

I want to un-hear this.

Is it possible to do this? I, of all people, should be entitled to this gift with my profound hearing loss.

It must be how my friend Emily Rapp felt when the doctors told her that her son Ronan had Tay Sachs Disease and would die.

It’s a mistake! This shouldn’t be! This was an accident. This wasn’t any “meant to be” b.s. yogis are so fond of saying. The way I see it, this was a screw up. Just whose, I am not sure, nor do I want to guess, but it was definitely some kind of mix-up. I mean, choking on vomit and dying? How can this be fair at all? One minute you are in your bed watching an episode of M*A*S*H and the next you are drowning in your own bodily fluids? In what world can this happen?

How can death be that easy? Life isn’t.

To dislodge means to leave a place previously occupied. This is what happens with death. (I imagine.) You dislodge yourself from your body. And that’s that. If it weren’t for the things that stuck, things like your smell (or rather the smell of an old leather wallet and how it has become your smell) and your sheep’s laugh (high cackle and how it would run around the room before it landed back in your throat). Other things that stuck: the song You Are My Sunshine keeps you here, maybe not in body but certainly in heart, because that’s where the pain is when the song is heard, no matter when or where. That rusty dagger is stuck in the heart since you used to sing that song every night, and maybe that isn’t a bad thing, because certainly some things need to get stuck in us, or we might forget who we were.

I asked my mom to send me an email with all the facts she could remember, being that most of mine are old and broken down, having been told so many times since I was eight years old, that they lost their functionality sometime around 1990-91.

Another sentence that stuck: He used up his body.

How can I make that sentence go away? What is behind the sentence is more what I want to go away: that is the reality that my father used up his body in a way that suggested that the novelty of it was over, that the use of it was no longer needed, that, in essence, it was worth nothing. That it was trash. What else do you think of when you hear those words, which are nothing short of true: he used up his body. Depleted. Bankrupt. Drained. Empty.

So things get stuck in me. Maybe because I am a little bit obsessive. But aren’t we all?

What gets stuck are the things that shock me back into breathing, that slap me in the face until I realize the fact that it could be me.

How easy it is to do, really. To let yourself slip.

No, maybe you don’t smoke and maybe you don’t do any drugs, but maybe you talk to yourself in such a way that it chips at you day after day until there is nothing left. Until you are used up.

Maybe the things that get stuck are there so we pay closer attention to the facts. Had my father (I doubt he would have) killed himself? Oh, you think he didn’t kill himself in some way? Look closer.

I revise my earlier statement about wanting to dislodge these things. I will never be able to unstick these things, and that is fine. You want to know why? Because I am writing a book, and my greatest wish is that, at the very least, a few things be stuck so I can remember long enough to get them on paper.

Secondly, some things must always be stuck in me so I remember that I am not unfailing. As painful as some things are and as much as we want them not to have happened, they did. They will always have happened.

They existed somewhere in the world, in some space-time continuum, and they are some small molecule of us, even if they happened to our ancestors before our birth. The way we react to the world is in direct relation to the stuck things within us.

The stuck things make us who we are. They help us remember where we have been.