Fear Is the Compass to Change 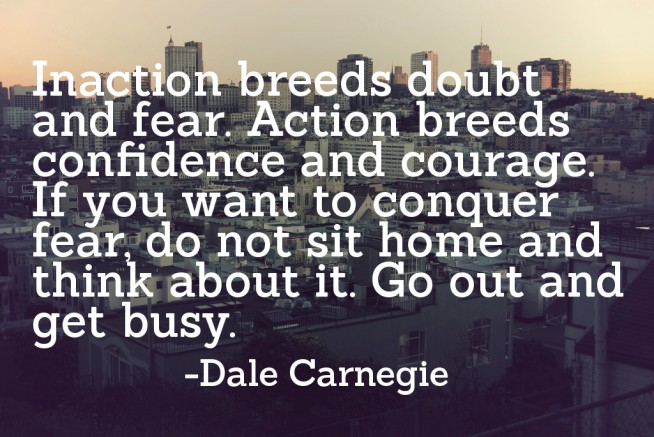 I’m not gonna lie, I am far from a wallflower. I do not often dwell in a state of fragility, and my coping skills in hard times usually consist of a deep breath, followed by “let’s do this!” Until, I experienced a life event that brought me to my knees and made me question everything I know.

In March of 2003, love brought me an unrivaled opportunity to move to Japan—indefinitely. At that time, I did not have a passport. I had never been out of the country. I was a single mom, and my only son was starting college. Obviously, I would have to quit my job, which meant no income, and, realistically, I only had enough savings to get by for about a year. I would have to leave my friends, loved ones, and everything that was safe and familiar. The stakes were so high that it made me quiver.

Fear kicked in hard and fast. There were many deep conversations with my sisters and my best friend.

What kept surfacing for me was that, right or wrong, my fear of stagnation was worse than my fear of instability.

If I chose instability, was that move bold or reckless?

After many sleepless nights, I geared up, went to work on a Monday, and told my boss I was quitting to leave the country and follow love with Jake. The wheels were in motion! And then my boss came to my office, closed the door, and told me that he would pay me a lot more moolah to stay. Here. Be safe.

I was not prepared for that offer. It felt like a nuclear option. More fear kicked in. The voices in my head started asking questions. The voices got louder by the minute. Is this smart? What if I can’t find a job? What if I can’t make friends? Should I stay in Los Angeles? What if I can’t pay my son’s college tuition? What if love is not forever? The money my boss was offering was cah-razy. It would undoubtedly make things more comfortable. The voices in my head got louder; more fear came rushing in. PAUSE. I took the night to reflect. In reflecting, I realized that when I felt fear, all I could see was myself frozen in time, in the same job, at the same desk, doing the same thing. Stagnation mortifies me.

And so my fear decided. I said no to the money, yes to ambiguity, applied for a passport, said “see you soon” to my loved ones, helped my son settle in at college, sold all my belongings except for what I could fit in one carry-on and one medium sized suitcase.

Adventure ready, I arrived at Narita International Airport on a Friday.

When I awoke to my first morning in Japan, sh*t got real. The voices in my head and fear were back. In Tokyo, I did not have family, friends, the ease of home, favorite places, or cultural norms. I felt the need for support at a frequency that was unfamiliar to me. This made me question my strength and adaptability, which, in turn, decreased my confidence. My fifteen-plus years of change management experience, a tried and true fly-by-the-seat-of-your-pants approach to life, adaptability, and learning by doing, not to mention a lifetime of survival skills, left my body. I found myself unable to get my bearings. I was a mess. I was alone. A lot. Jake, the man I made this enormous life change with, was practicing securitization law and often worked twenty-hour days. I was lonely, experiencing empty nest syndrome, and absent of my support system—my sisters and BFF.

I was hesitant to venture out and explore on my own. The thought of being lost in Tokyo made me feel weak and threw me for a loop. I realized that my assertive self-imposed lifestyle of adventurous change and challenges came easily because I was among people I knew, in a language I spoke, in a culture with recognizable norms.

Though I flew by the seat of my pants, I did so in a world that was familiar and safe.

In Tokyo, all that was gone. It was a surprise as much to me as anyone who knew me that it would shake my foundation. I was always comfortable changing the script, but now it was in a language I didn’t speak, in a place where there was so much I did not know.

After weeks of living in isolation, I woke up. Perhaps that was my incubation period. I took a deep breath and decided to lean into the new and set out in search of adventure. I decided that each day I would walk in a different direction until I was lost and tired, then find my way back by foot, taxi, or subway. My daily jumping off point was Ebisu Garden Place near the Mitsukoshi Department store. After a few daily walks, I noticed a group of women who gathered daily in Mitsukoshi about the same time. I could see them through the department store window and saw the camaraderie in their interaction. They looked like they were having fun, and it made me miss my friends. After several days of walking past them and having reached an intolerable level of isolation, I decided to join the circle. One morning, I approached the women. I drew a circle with my finger, pointed to myself and nodded, “May I join the circle?” They made room, offered me a chair, and I sat down—everything done in silence. I smiled and realized it was a knitting circle. They started their mornings with tea and conversation then eased into knitting.

So for the next six to eight months, once a week, I joined these women for tea, observation, and, yes, knitting. We communicated with dictionaries, miming, and laughter.

A few weeks into our weekly miming, the women invited me to their homes to cook. VICTORY! I am a foodie, and I love to cook. One of the most frustrating things since my arrival to Tokyo had been the grocery store. It was a chore to buy specialty ingredients because I could not read the labels or easily communicate. So while I learned to knit, I learned how to cook, along with the ins and outs of Japanese grocery store aisles. In turn, I taught them English simply by conversing with them. And as a bonus, they paid me.

Through my adventures and serendipitous meetings, I met a seamstress, a carpenter who taught me a thing or two, an advertising executive, and a few lawyers among others who wanted to learn how to do business with non-Japanese. Through this network, I built a fairly healthy consulting practice working with women, seasoned and new executives, and lawyers teaching them about non-Japanese business practices and cultural traditions.

Soon, among Jake’s colleagues and in our quickly growing circle of expat friends, I became the go-to person on navigating the area, from a geographic, culinary, and cultural perspective. Through my knitting circles, I learned about art shows, best things to do on holidays, most coveted neighborhoods, top getaways for the weekend, up and coming restaurants, and more all because I was sick of being lonely and asked a group of women to welcome me into their knitting circle. This serendipitous knitting event triggered a chain of adventures, newfound courage, amazing experiences, and introductions that changed my life, my skills, and led me to discover my gifts.

Two years later when a new opportunity arrived, those gifts led me to new adventures living and working in Shanghai. Two more years went by, and we made one of our boldest moves. Jake and I quit our jobs, minimized our belongings, and set off for a twelve-month backpacking trip around the world. We visited 165 cities in twelve countries. Our adventures included living in an ashram in northern India, working in a sprinkler factory on a kibbutz in Israel, completing a multi-day bike ride across Laos, and sleeping in the jungle in northern Thailand.

Jake and I married in the midst of our adventures. Deciding to be near family for a while, we moved back to the US and currently reside in Santa Monica, California.

I don’t know where fear will take me next. I only know that when it comes, I am ready.