How Tapping Can Help You Deal With a Debilitating Disease 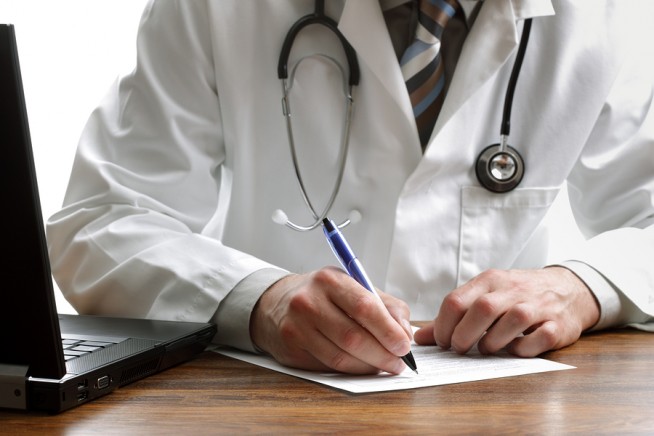 Losing a loved one is one of the most difficult things any of us will ever face, whatever the circumstances. However, when we have to take care of a family member with a terminal illness or debilitating disease in the months or even years before they might leave us, our grief can become compounded with anger, disbelief, and a deep sense of powerlessness—a whole array of emotions that can feel impossible to comprehend or escape.

Thankfully, many are discovering what I’ve known for some time now: Tapping can be a quick, easy, and lasting source of relief for both caretakers and those battling serious illness.

Since I began using EFT (Emotional Freedom Technique), also known as Tapping, to heal myself and others just over ten years ago, I’ve heard countless stories about how using this tool has liberated people from a whole host of issues: excess body weight, chronic pains, childhood trauma, depression, and even inescapable phobias. Still, I was deeply touched when Magdalena Grogg and her husband Stefan contacted me after they completed one of our Tapping programs to share their story.

In the late 90s, Stefan Grogg was a star ice hockey player in his home of Switzerland. Not only did he help his team EV Zug win a league championship, he was also selected to play on the Swiss national team during the 1997 Ice Hockey World Championships.

Ten years later, however, Stefan and his soon-to-be wife Magdalena would discover he had been diagnosed with ALS, more commonly known as Lou Gehrig’s disease. Not surprisingly, Stefan would show the same tenacity he displayed on the ice in his new battle to understand and even overcome his illness.

Still, it was crushing for the new couple. Despite numerous hospital treatments and alternative healing methods, such as acupuncture and homeopathy, Stefan slowly lost his ability to move, talk, and function as he used to do.

“He used to be so big, strong, and fast, and that all slipped away,” says Magdalena. “It was very hard to watch, and it was even harder for him. We were feeling so trapped by this diagnosis. It was terrible.”

Still, their search for any kind of relief continued, with Magdalena scouring the Internet for little known and oft-neglected treatments. It was this hunt that led her to Tapping, which she at first found a bit puzzling.

“It looked so funny—people tapping all over their face—but I decided to try it with Stef.”

What happened over a few sessions wasn’t a cure or some unexplainable miracle, but it proved to be a most welcome surprise.

“I had to do it for him, and it was so simple and gentle, but the effects were incredible,” says Magdalena. “We felt like a huge stone had been lifted from our backs. There was so much going on, but it started to feel so much lighter and easier to deal with. It opened all of the doors.”

As Magdalena and Stefan would come to understand, Tapping works on the energy meridians in the body that are manipulated during acupuncture, only without needles. The result is an easy technique that combines the principles of Eastern energy healing and modern psychotherapy to dissolve the blocks in your body and psyche to the emotional and physical healing you so desperately need.

Since their discovery, Magdalena and Stefan have watched their lives transform. Now they use Tapping to deal with their daily challenges before they become unmanageable burdens.

“It really helps Stefan to work through his old emotions and his frustrations about his condition and his insecurity about the future,” says Magdalena. “We also tap when he has visitors, because he’s nervous about how they’ll react to how he looks now. Tapping calms him down so he can enjoy the visit. For me, I use it to address my fear that I can’t handle the situation and my need to control everything.”

“With Tapping, we’re able to go to the root of these feelings and clear them.”

Although their future may be uncertain, both Magdalena and Stefan are able to enjoy their time together now. Their new freedom is much like what I hear from so many people around the world who’ve made Tapping a part of their self-care routine. The results are nothing short of wondrous.

“We have so much more joy in our lives now. We laugh so much more than before,” says Magdalena. “When we hear our friends talk about their sorrows, we don’t know what they’re unhappy about! Even in our situation, we have so much; Tapping gives us the space to see it.”

Nick Ortner is the CEO of The Tapping Solution and creator and executive producer of the breakthrough documentary, The Tapping Solution, which explores EFT or “tapping,” a healing tool based on ancient Chinese acupressure and modern psychology. Nick is also producer of the Tapping World Summit, a free worldwide online event currently heading into its fifth year, which has been attended by over 500,000 people.