In the Voice of Someone Who Loves You 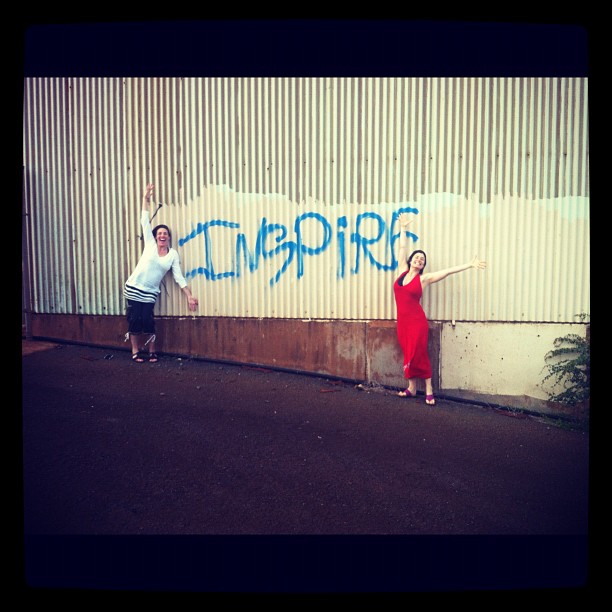 I am on Maui contemplating lost continents and lost lives.

It’s rainy and windy and mostly gray. Ronan, the son of one of my best friend’s Emily Rapp, passed away the day I flew here. He was almost three, and he was suffering, badly. Tay Sachs had ravaged him. It was time. But, just because it was time doesn’t mean it made sense or it was fair or you didn’t want to pound your fists on a table and watch the shells and lamps fall onto the floor in millions of pieces, and it also didn’t mean that you didn’t want to step on the broken glass with bare feet so you could feel something akin to being broken.

I got on the plane anyway, despite the sad news. I had a retreat to lead in Maui. People paid thousands and thousands of dollars to be there with me, and besides, me not going wouldn’t un-lose any lives. There’s that.

When I landed on the island, my husband texted me from Los Angeles to tell me that his cousin and dear friend had had a heart attack as he was driving and died right before he crashed the car.

Yesterday morning, in the Manifestation workshop at my retreat, I asked my group to pick someone who loved them. They sat on their mats and got misty eyed and nodded their heads to signal me that they had the image of that person in their minds, that their person had been picked. “Now,” I said, “write a description of yourself in the voice of that person.”

They read them aloud. One said this:

People started writing. Some sobbed. After the pens came down, I asked why it had been so hard for them. A woman in my group said, “because he believes in me when I don’t believe in myself.”

The things that break me. One: people saying, “your dad would be so proud of you.” A knife in my gut. It’s a here take this blade right in your heart. It’s always been that way, and I have surrendered to the fact that it may always be that way.

One of the girls on my retreat who is here from South Dakota told me at dinner last night that her seventeen-year-old son was having a hard time. Melissa Shattuck showed me the text message she’d sent him:

“Only in stillness every day do we touch the realm of infinite potential, that space of our highest self. What are your intentions…put them into that space where you are in a deep state of quiet and calm. Talk and listen to the Universe/God in this way. Let it know what you want and that you want it with every cell of your being…and then sweet heart you let it go…the Universe/God will bring it to fruition at just the perfect moment and has a grander plan for our lives than you or I could ever think of…You are loved and adored and treasured!! And I think you are the most amazing person. And you’ll do it. You’ll live the life of your dreams…no doubt about it. You are good and you are deserving, so deserving of everything you want. Much Love…Mom.”

I passed her phone back to her and let the knife stay there in my heart.

I went and meditated the next morning in a group sitting. There was this man there, Claudio, who apparently was “enlightened.” Now, I am not sure what that means, but this man was special. He looked into my eyes for about five minutes straight without blinking. His mouth did these little twists and turns at the corners so it looked like he was going to cry, and then a smile would sweep across his face as big as an ocean, and he spoke something about oceans and being the ocean and not the wave and sitting in infinity. I didn’t really understand, and yet I did.

I started crying when he looked into my eyes because I felt safe and loved, and his face turned into my friend Steve’s face who had passed away last year.

Lemuria, the lost continent of the Pacific, and I am here, and there are no more lost lives when I look into Claudio’s eyes. He is saying we are the ocean. There is no separation.

So when I asked my retreat folks to write those descriptions of themselves in the voice of someone who loved them, you see, it was like asking for the infinity. There is no separation.

Their voice is my voice, is your voice, is the ocean, is the baby, is the I behind the I, and then who is the I?

I am here thinking of lost lives and lost continents and lost beliefs. “When did I lose this belief in myself?” some of the people here have asked me. Not so much me as they are asking the wind and the lawn and the journal in front of them. “It’s not lost,” I tell them. “Nothing is lost. You are right here, where you always were,” I say pointing to the place where they know their heart should be but where some think there is nothing but a windy hole.

I am leading my retreat at a place called Lumeria in Maui, on the north shore of the island.

Lemuria is the name of a hypothetical lost land located somewhere between the Indian and Pacific Oceans. Stories of Lemuria vary, but all share a common belief that a continent existed in ancient times and sank beneath the ocean. An ancient civilization, which existed prior to the time of Atlantis, simply disappeared. Gone. Lost lives. Lemuria is also sometimes referred to as Mu, or the Motherland (of Mu). At its peak of civilization, the Lemurian people were both highly evolved and very spiritual. You can’t help but feel that here. “You are infinite in all directions,” says Claudio, and even though you have no idea in God’s name what that means, you understand and know it to be true.

Those descriptions written in the voice of someone who loves you, you might read them and think: this person they are speaking of has sunk into the sea. This person does not exist anymore and, in fact, may never have existed. It may be a myth. You know nothing.

It is the concrete evidence.

Continents can move and float on the surface of the ocean, so why shouldn’t you be able to do the same? Maybe you simply shifted or some geographical error occurred or maybe it wasn’t an error at all. Maybe you forgot where you were. Maybe you were lost at sea. But see that description there? The one you wrote in the voice of someone who loves you? That is your map. You are no longer lost. You are no longer one of the lost lives or lost continents. “You are here,” I say pointing to the place where your heart actually is. The place where I will now take the knife out of because my father wouldn’t be so proud of me.

I don’t know if Lemuria existed or not, but I am here at Lumeria, and I fancy the idea. I am contemplating all that was lost and all that thought it was but wasn’t lost at all. That place, right there. Your heart.

The ocean is the I, is the heart, is the you, is the everything.

I hope the son of the woman gets the text message she sent him and prints it. I hope he saves it so one day when I ask him to write something about himself in the voice of someone who loves him, he can reach for it in his pocket and say, “I have it right here. In fact, I memorized it.”

It is the ocean, is the I, is the everything, is the love.

It will never have been lost. I hope that for him.

For all of us.

Please post below a description of yourself or a letter to yourself written in the voice of someone who loves you. I cannot wait to read them, Tribe.