A Beginner Meditation — For Toddlers! 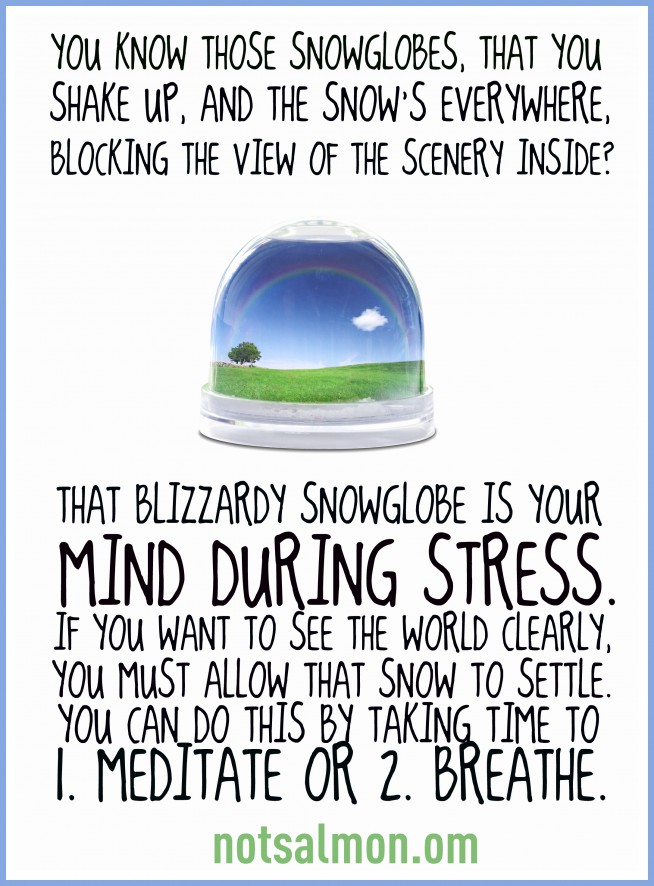 I just did a three-minute meditation with my two and a half year old son, Ari.

We sat on his bed.
I told him to breathe. Breathe deeply. In and out.

Ari then said he had “bubbles nose.” His words. He’s recovering from a clogged nose thing.
I told him to breathe through his mouth: in, out, in, out. He did.

We did that for a minute, then finished up breathing in and out.

My first introduction to meditation—for a two and a half year old!

Are you also introducing your kids to meditation? If so, I love to hear some of your tools for doing so! Please share!

Karen Salmansohn is a bestselling author and award winning designer with over one million books sold and founder of the popular inspirational website notsalmon.com. She writes and art directs inspirational books/motivation for both adults and  kids. She’s also very friendly, so feel free to drop on by her site and say hello!