I Don’t Like You, but I Want You to Want Me. 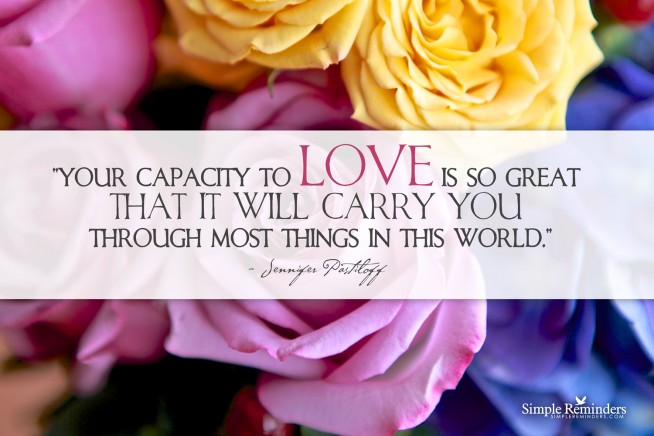 I used to play this game in my twenties with men.

I don’t like you, but I want you to want me it was called. I was insecure and wanted all the attention I could get from men, but I didn’t want to have to give anything up for it: sex, intimacy, love.

I wanted to feel pretty and desired without having to look into anyone’s eyes or have them claim me as theirs. I felt ugly and short, and I overcompensated by wearing high platform shoes and low cut shirts which showed my cleavage. And a lot of makeup. I was a master at flirting. I could make men want me.

Then I would panic. I would avoid. I would not return phone calls or emails. I would hide. I would be distant. I was a fraud. I couldn’t hold my own.

I didn’t want to hold my own.

A good friend of mine has been in a situation where a man was flirting with her and showing signs of attraction. She was attracted to him. She was confused by some of his behaviors, and she told him as much. He then called her up to say, “Just to be clear, I have no romantic or sexual interest in you.”

“What an a-hole,” I said over the phone. Until I realized he was playing the game I used to play or a version of it. I want you to want me, but I want no responsibility. I don’t want to take this any further, but I want to feel desired by you. I want you to fall in love with me, and I want to have zero accountability. In fact, I will be somewhat shocked when you call me out on my behaviors was the name or names of his game.

I remember after I got dumped on my twenty-eighth birthday I agreed to go on a date with a guy I had been waiting on for years. I had known he had a crush on me, and I wasn’t attracted to him at all, but I was trying to get over heartbreak, and I thought it would be a good idea to get out. I wasn’t interested in him, but the date was fun. He took me to a big famous Hollywood television producer’s house for a Christmas party, and I felt funny and pretty, and after we left, he told me the big famous Hollywood producer kept asking about me. “Who was the cute little Jewish girl?” he said the producer kept saying. I felt flattered.

I wasn’t into this guy, but I tried to make myself because I thought he would be good for me. He was a successful television writer, and he was smart and funny. And he liked me. (I had been with someone for two years who didn’t like me very much.)

I just didn’t want to kiss him. Ever.

We went out on a few dates, and finally he emailed me and called me out after I sent him a forwarded joke via email. He told me that he had enough friends. That he wasn’t interested in me as a friend and that I needed to be straight. Was I interested in him or not?

I panicked. I wasn’t. I stared at the computer, horrified. I couldn’t bring myself to type the words. I admired him for his straightforwardness. Here I was sending him dumb emails just to keep him at bay, hoping he would disappear but not without pining for me.

I forget what I said exactly, but it ended with, “No, I don’t want to date you.” I probably beat around the bush. I probably made it sound nice and fluffy and a little dishonest.

I never heard from him again.

Look, I get it. He didn’t want to be my friend. He wanted to love me. He was being honest and fair.

I remember being shocked at his email. It was harsh, as I’m assuming his feelings were hurt, but I had never received such a blunt email before. He was so willing to speak what he wanted, to say what he felt and what he needed. And a friendship with me wasn’t any of those things. Fair enough.

I cringe when I think of the things I used to do for love. I hated myself and thought that if enough men wanted me, it could fill that hatred with something. Even something I didn’t want.

Why so many lies?

I don’t want you, but I want you to want me. Or even the I don’t like you, but I can’t stand that you don’t like me. I want everyone to love me.

Oh, there it is. I want everyone to love me.

It’s so ugly and horrible and smelly that I throw it down the basement stairs before it burns my eyes and blinds me with its filth and stench.

There’s a roomful of people who are all nodding and digging what I am saying. They are into it. Then, there’s one who isn’t. I focus on the one.

I focus on the one.

I sent an email to someone the other day, which included my newsletter. I wrote about it the other day. He simply replied, “unsubscribe.”

When I got really down and dirty with myself, I was willing to ask Why did you send him the email in the first place, Jen? I had a hunch he didn’t like me. I had known. And the answer came. I was, again, in my twenties wearing a low cut shirt and high shoes to hide. I wanted him to like me was the wimpy little five-year-old kid answer.

Here’s the great thing about being honest with yourself: When you finally are, you leave the basement.

The ugly truths about you aren’t so ugly once you face them. You just get a little wet washcloth and move forward with your day, dusting off whatever needs dusting. It’s just that most of us are afraid to look inward, so we keep throwing things under the bed and down the basement stairs.

I would be scared to go down there after a while too.

So that guy, the one who was leading my friend on, I don’t know what his deal was. (And yes, I still think he was an a-hole for saying that to her.) I do know that he flirted with her and sent her every signal that he was interested, and then when she called him out, he balked. He wanted what he wanted without having to be there for it.

Who wants to live that way? It’s ghost living. It’s like lying your way through your life and knocking people over with your big bag as you walk down the sidewalk. It’s like making a mess and walking out as you yell, “Someone else will clean it up” without so much as even glancing over your shoulder.

There is a fine line between being honest and being an a-hole.

Don’t get me wrong. At times I have been both. What I am concerned with now is the former.

I want to love you is a revision of I want you to want me.

I want to love you.

Imagine the world where we are all concerned with what people think of us and if they like us and how much better we feel when they do love us and how we don’t want to have to actually be in our bodies but rather parade them around looking perfect.

We live in that world. You and me and all the other pots calling the kettles black.

We get to create what the experience is like for ourselves. I want to love you. I don’t care if you like me.

Except that’s a lie, and we all know it.

Your capacity to love is so great that it will carry you through most things in this world.