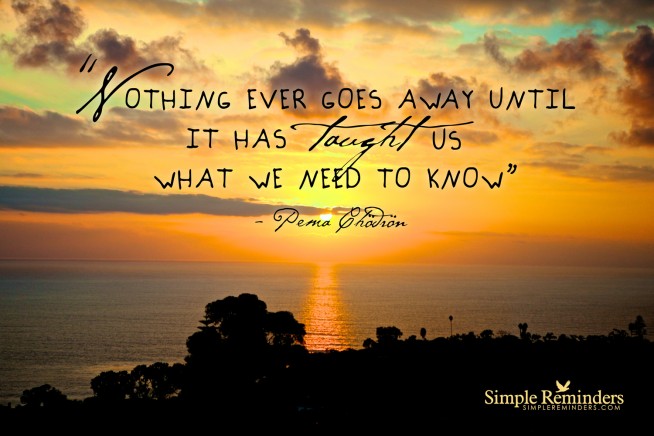 I haven’t had that many goodbyes to speak of, but I can tell you straight off the bat that I am not a fan.

They feel final and long and drawn out. Overdone. Severe as winter. Hard as bone or something like that. Something that can’t be chopped into smaller pieces or fed to the dogs. At least the goodbyes that I have known were like that. Awful in their lack.

I have never stopped saying them either. Goodbye to my father; goodbye to this or that. I am always saying goodbye to you, and yet, here you are.

Of all the people that left me, none of them said goodbye. My father—gone. Up in a whiff of smoke. Boyfriends, like they’d never even existed in the first place. Men in the ether. Friends who vanished. No goodbye, no note, no I’ll see you around.

Last week at the airport, I saw this little girl in the back of a mini-van, hair in braids and little plastic barrettes. Her father (I am guessing) came off the same flight as I did from Boston. He opened the back door and leaned in, up close to her face. She started to cry. She was so happy that she actually started to shake and cry.

The kind of emotion you see in those moving YouTube videos where the father returns from Iraq or Afghanistan and surprises his kid at school. He walks into the kid’s second grade class, and as they are writing letters on the board, he speaks his kid’s name. The kid drops the chalk and the eraser and his shoulders shake before he turns around, because he thought he might be saying goodbye to his dad, yet here his dad is. Right here in his classroom on a Monday in winter. He cries the happiest tears and runs and hugs his dad. The little girl in the back of the mini-van was like that boy with the chalk. Maybe she thought she’d never see her dad again, if it was even her dad, and yet here he was, his big face peering into hers, and his suitcase filled with presents from Boston or wherever.

I thought for sure he would climb in and sit in back with her. He didn’t though. He got in the front and turned to face her, and she wiped the tears, and the woman driving the mini-van drove them off. Goodbye.

The dirt river feeling in my stomach when I leave London and my husband stays back to be with his parents. That piece of the river that doesn’t move—stagnant water, sleepy and half-frozen and useless as a complaint. That’s my stomach on that flight from Heathrow. Gurgling and moving the bits of trash upriver and downriver and back up again as I sip a wine and watch England fade away. Goodbye.

Before the men who left me slipped into the oohs and ahhs at my sudden giving over to pain, to confusion: Wait! Where is my father? (I am always dreaming of my ghost-limb, my old battle wound, gaping.)

Oh Night! Take me back! I yell often to the wing of the plane, but not loud enough for anyone else to hear. Just a whisper-yell.

I want to be back in the world between the headboard and the wallpaper, where my head presses to the vent and voices from the den travel up into my ears as small as baby fists.

Sail me into time! Maybe the hot tail of a meteor or a field somewhere in South Jersey. Say 1983.

Drop me into a world before men: the Pre-Man Era. A glitch in time before men started in on me, before their fingers started in all over me.

Before any could leave or not say goodbye.

Goodbyes suck. They insinuate this is it. They suggest no more.

Here is an open letter saying Goodbye for all the future goodbyes headed my way.

Dear whoever you may be,

Goodbye. I may have loved you, and I may not have, but this here is my goodbye in case you decide to leave or die or whatever. In case you forget. In case you thought I didn’t need a goodbye. Take mine as an offering. Take this as a small gift and know that you served me in some way. Just your presence in my life did that. I hope I served you just as well. We may not be able to see it now, what the good of it all was, but still. Maybe you won’t even hear this goodbye. Maybe you died in your sleep. But still. I think somewhere you can hear it. I will sail this letter off, and, if possible, I will literally stick in into your palm. If that is not possible, I will deliver it in some way, even if that means through my imagination. I will make it short and simple and easy as a summer day. Imagine that? Goodbyes like butterflies. Goodbyes like falling. Like falling into the empty space between rifts of a song. Imagine that? Goodbye, whoever you are. In case you forget. Or I forget. And if you come back and it’s me in the back of that mini-van, I will cry because, for the longest time, I might have thought you’d never come back.

And yet, there you are.

But in case you don’t: goodbye.

Dear Tribe, I would love to hear your goodbye letter below. Any situation or person or memory or experience that may need closure in your mind, go ahead and share. All my love, xo Jen