Whatever Makes You Happy. 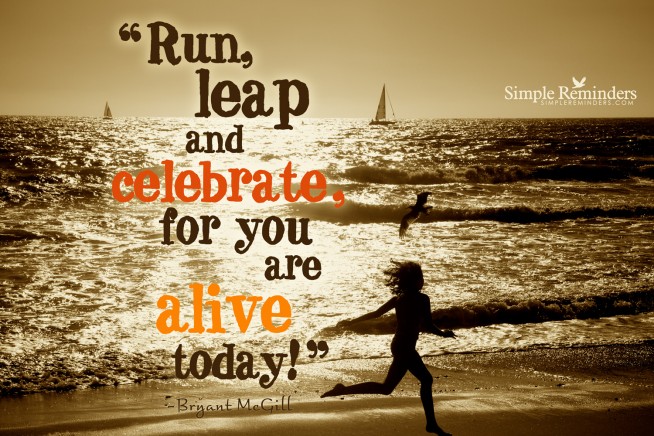 When I worked at the restaurant, the guys from the kitchen used to put things in my bag. Melons and cast iron skillets and bottles of hot sauce. I wouldn’t realize until I got home because my bag was already so heavy and filled with unnecessary things like shoes and bottles and hardcover books. Sometimes, I’d be happy because hey I needed a cast iron skillet, but, mostly, I felt embarrassed that I hadn’t noticed.

That I walked around with so much that I didn’t notice when someone added his own stuff to my life.

That’s how it is though, isn’t it? When you have a lot of crap, it takes a while to notice that more is being added, however slowly. When your life is fairly crap-free, you notice fairly quickly when something doesn’t belong to you.

It’s hard to not realize you have the cast iron skillet before it’s too late. Once you get all the way home with it, you might as well keep it, right, because, let’s face it, it’s kind of embarrassing to come back with it explaining that you didn’t steal it, that someone stuffed it in your big bag and you just didn’t notice. Or maybe it’s not embarrassing, and you just want to keep the cast iron skillet because you think you should have one. Maybe you think you deserve one. That’s what we do right? I know it isn’t mine to take on, but I’ll keep it because I probably deserve it.

Life is like that. The things we take. The things handed to us that we walk around with as they dig into our shoulder and cause us pain, and yet we say, No, I’m fine. I got this. I can carry it all. It’s mine.

As for me, I carry around a lot of stuff because it makes me feel at home. Chaos is comfortable for me. I like mess. I’m a klutz, and mess suits me! It’s just the way I am.

That’s a lie. I don’t know why I lug so much junk around except that it’s been the way I’ve lived for as long as I can remember. My mother is very organized and neat now (how!?), but when I was little, I remember her sticking dirty dishes in the oven to hide them or putting them in a black trash bag out in the yard because she was depressed. I am going to hold onto my shit and the dirt and the gunk! It’s like it ran in my family.

I think sometimes that if I carry it all around for everyone to see, I will be safe from having to change or move forward. I think if I carry it around, I won’t forget.

There’s so much I have forgotten. (What did I eat last night? What was the book about I just read? What did my father’s voice sound like?)

If I carry it all around with me, I will forget nothing. At any given moment, I can reach for what I need. You think I’m talking in metaphors, I know. I am, but I’m also talking in everythings.

Me telling the truth: I don’t want to scrape it off. I want to remember. I will carry it around forever so I never forget. In a big red bag, I will schlep everything around.

Today, I saw an obituary online for a man I never met, and it made me all at once miss him, a man I never knew, and my own father.

I didn’t go to my father’s funeral, as I have written about in earlier essays. My sister and I weren’t allowed. It’s a decision my mother was coerced into by some “loving” friend or relative who knew better than she did in her thirty-four-year-old grief stricken body (!).

I carry that decision around with me in my godforsaken big red bag on my shoulder. I carry that not being able to go to my father’s funeral on my right shoulder and rarely do I put it down.

So I see this obituary written by a loving daughter, and I get kind of mad because I wanted to write one for my dad. But that’s not why I am really mad if I tell the truth.

I am committed to ABTTT (Always Be Telling The Truth).

I am mad because I wanted him to live until eighty like this man in the paper did so I could say funny and endearing things about him that I stashed away and carried in a big red bag for my whole life. I only have eight years of things I carry around, dammit.

I am going to do one anyway, since I never got the chance and all. Maybe I can put it down after this? Maybe I will unload a bit. (I doubt it. I want to keep this one and keep carrying it around.)

Melvin Pastiloff, known lovingly as Mel The Jew on the street corner of Sixth and Wharton in South Philly where he hung out with Johnny Boy and Sticks, died on a humid night thirty years ago. He was survived by his wife Barbara, whom at one point he loved very much but, at the time of his death, had thrown a shoe at, and they were planning to divorce. He was also survived by his two little girls Rachel, 5, and Jennifer, 8.

He was known to be the funniest man in the world. Or at least in Philadelphia and the tri-state area. He loved a good practical joke, such as the one time he smeared chunky peanut butter all over the toilet seat when company was over and called everyone into the bathroom to say “Looks like Jennifer, smells like Jennifer, tastes like Jennifer.” Jennifer was a baby then, and this story was relayed by said company. He was also known to moon at any public event. He would put his ass in any window to liven up any party.

He loved one particular pair of cut off (ugly) jean shorts that he changed into almost nightly after his day at the job selling fancy men’s suits. He smoked four (!) packs of menthol cigarettes a day (Wouldn’t touch a Marlboro. He was a KOOL man.), and he took his coffee with cream served to him in bed (a tradition carried on from his mother).

He didn’t know how to blow-dry his longish hair or shave, so that was one thing that would have been sucky about divorcing, but he died so that never happened, but just to give you an idea of who he was in the mornings, it’ll get left in here. He drove a brown Cutlass and once hit a homeless man who did more damage to the car than the car to the man (!).

He had a laugh like a sheep and loved the show M*A*S*H. He liked flounder and waffles with chocolate ice cream and was known for always asking for Jello for dessert after a big Italian holiday meal. He didn’t know where the glasses were kept in the kitchen. He sang You Are My Sunshine every night to his daughters. Sometimes Jennifer first; sometimes Rachel. He had a bad singing voice but a lovely singing voice.

He served in the army and almost went to Vietnam but came home because his father was dying of cancer. He had a bald spot on the top of his head, and it was always sunburned. He looked young and old at the same time.

His one regret was that he wanted to be a stand-up comedian, and he wanted to meet his grandkids. He loved hockey and made his daughter Jennifer memorize every team from every city (in the U.S.). He also loved boxing and Sugar Ray Leonard. He smelled like leather. He loved his mother (and her brisket) like a good Jewish son, and, sadly, she had to be put in a nursing home just before he died on July 15, 1983.

I carry it all around from room to room because, if I put it down, I might forget.

I will keep carrying my father’s memory. After all, he went and died at thirty-eight, so I got very very little, but I will carry it with me always.

I am getting tired though. You would too if you had as much shit on your shoulder as me. (Maybe you do?)

I will no longer carry what doesn’t belong to me.

Frying pans and someone else’s agony? No more.

I looked into the backseat of my car tonight and saw the piles of papers and yoga mats and shoes and straps and wrappers and bottles, and I thought, Why are you carrying this around like you are afraid that if you let it go, it will leave you with nothing?

Take an assessment of what is on your back and in your car and in your heart and imagine what it would be like to be free of it. Look, if I imagine myself free of my dad’s memory, I want to vomit. So thank you very much, but I will keep that one. The rest though? The guilt and the drama that doesn’t belong to me or that once belonged to me? Goodbye. I am putting you back with the cast iron skillet and melons that aren’t mine.

What? You think as you get older the weight gets lighter? It doesn’t. It gets heavier and heavier until you are buried in a pile of it, and you can’t even reach to the front door to get the pizza from the delivery guy, and he’s just out there waiting like it was a prank.

What do you need?

I wanted to write it three times for emphasis.

So, go write this somewhere: This is what makes me happy. And then write all those things down. Carry those things if you want. Keep looking for those things.

I would love to hear below your list of what makes you happy.