We Are What We Do, Not What We Say 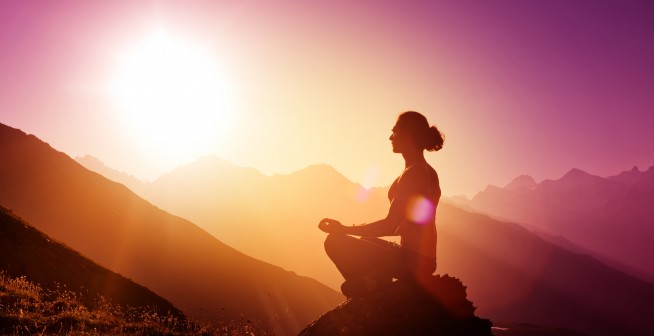 Sometimes we forget that, despite what we say with our mouths, our actions can tell something completely different. If you want to know who you are, look at your daily actions, and they will tell the real story.

Make no mistake about it, the things you spend most of your time doing is how the world sees you.

What are you doing with your free time? Are you working toward ascension, or is all that time spent on social media slowly adding up and keeping you from doing things that are better for you? Look at the actions of your life and ask yourself “is this who I want to be?”

Years ago, an old friend of mine in his late thirties came to me with a problem. He had achieved a certain amount of success early in his twenties, but he had plateaued and was struggling to make new steps forward in his life and career. He was extremely intelligent and one of the funniest guys I knew. He wanted more respect as an actor and to eventually find the right girl to settle down with and start a family.

One night, he came to me in a moment of pain after another breakup with another great girl. He was depressed and desperate and wanted to know if I had any advice for him. I told him with as much compassion as I could that his actions were that of a typical guy in his early twenties and less like a responsible adult. He was still doing recreational drugs on a regular basis, going to clubs at least two nights a week, and slept around. The truth is that in order for things to change for him in all aspects of his life, he would have to live differently. The reason I give this example is because he didn’t understand that his actions were keeping him stagnant. Even after I told him this, he made no changes. He wouldn’t accept that his behavior was repeating the same story over and over.

Many of us do this on one level or another. We want something new to happen in our lives, but we don’t want to change what we do to get it. Why? Because it’s painful and difficult for us to look at what we need to work on. We will likely have to give up some things that we enjoy right now for things that are better for us. For example, eat that veggie salad instead of picking up another bacon cheeseburger, read a self-help book over surfing the net, or workout instead of sleeping in that extra half-hour.

On a personal note, when I was younger (despite wanting to be at the top of my game), my habits and addictions often didn’t line up with how I wanted my life to be. I often sabotaged myself with distracting, negative relationships, drugs of different sorts, and I was the king of avoiding new challenges. I always thought I could get away with moving around a problem and avoiding it instead of taking it head on and going through it. I was living in limbo until I met a mentor who had the courage and compassion to look at me in the eyes and tell me that I needed to adjust my habits and actions.

More recently, my wife and I had our first child, and I am doing my best to back up my love for my baby with actions. It’s not enough to say I love him. If I want to be a good dad, it means spending time doing things with him and caring for him, changing diapers, taking him out for walks, helping with bath time, and reading and applying the wisdom from the book on parenting my wife asked me to check out. It also means constantly making sure the actions I choose set the best example for my little boy.

I don’t mean to have you beat yourself up or blame yourself if your life’s actions don’t seem to line up with how you would like to live in the world. My intention is to awaken you from fantasy and empower you with the knowledge that you have the potential to change your paradigm. If you find that you are a person who doesn’t follow through with what you say, start to do more and say less. Stop making excuses and just begin. Show up in a big way, and it will likely pay off one way or another. Just taking a step like eating healthier or getting organized can make a huge difference.

I realize that there are times and situations where it’s difficult to change your circumstances because of financial issues or traumatic emotional events, but if we change our behavior as needed, eventually our lives will better reflect our dreams.

1. Write down any addictions or behaviors that distract you from being your best self.

2. Look at your list of behaviors and addictions and ask yourself the question: “Which of these can I reasonably eliminate or reduce in order to be my better self?”

3. Make a decision to eliminate and/or reduce that behavior.

4. Now ask yourself: “What are one or two healthy things can I do to replace the old behavior and move my life forward in a big way?”

5. Make a list of these possible new behaviors (e.g. meditation, a cleanse, a new class, a new hobby or skill, etc.).

6. Now take the necessary steps to eliminate the old behavior and replace it with the new, healthy habit.

7. Repeat these steps on a continual basis.

Michael Woolson has become one of the most prominent and respected acting coaches in Los Angeles. He is recognized for his unique ability to cultivate depth and authenticity from his students in an environment that is nurturing and inspiring. Woolson has worked with thousands of actors from talented up-and-comers to award-winning celebrities. He is the author of The Work of an Actor and Emotion on Demand: An Actor’s Workbook for Mastering Emotional Triggers.