Are You Afraid of Dying? Of Living? 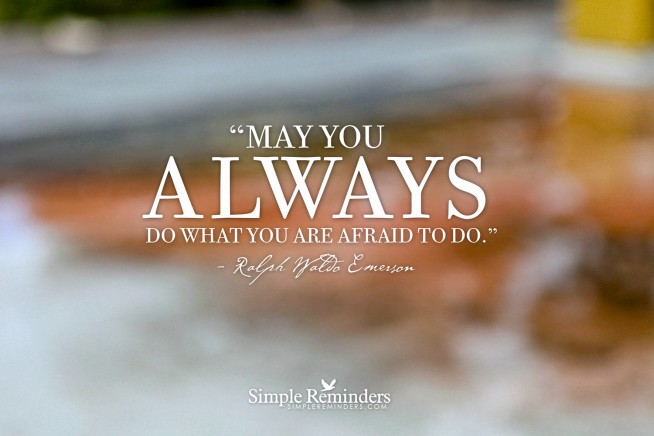 Because I knew I was dying, and I wasn’t finished.

Then why did you let yourself die?

I didn’t know I had a choice.

Not in a way you will understand.

It felt like forgetting. Like my life was slowly pouring out of me as I lay there grasping for it with invisible fingers. I watched it fall out of me as if it had never happened. It was that fast, the undoing of it all. And, just like that, it was gone. I was undone. I saw you at age thirty-eight, my same age, and I understood your own forgetting and how difficult it was to keep a life going when there was no body anymore.

I was afraid of who I’d be without my body. And how would my grandchildren know the sound of my voice, and, oh my God, they wouldn’t.

So what did it feel like? It felt like forgetting. Letting go of the body is an effortless thing, unless you fight for it, and that’s what I did. I fought. I fought to bring my body back. But I was too tired. I gave up fighting when I understood.

What did you understand?

That you might forget small details, but that you’d carry on my legacy. And that you and Mommy and your sister would know that I loved you and did the best I could. And that maybe I was finished? How can anyone really know anyway?

Did you? Do the best you could?

Why is it so hard to do our best?

I started to imagine this conversation between my father and I as if he was having a glass of wine here with me, after my friend said, “I don’t care about dying.” when she stopped by yesterday. My great big regret in life is that my father and I never got to be adults together. We never got to watch a rerun on the sofa with some wine. He never sent me a text message. He never saw me with laugh lines.

She said that she wasn’t.

I am. I am very much afraid to die.

I think about my father’s death a lot. Was he scared? Did he know it was happening? Did he know before it happened, as many people have suggested? He gave away his prized possessions, his signed hockey stick from the Philadelphia Flyers. He made jokes that he was about to die. Did he know? Did he too say to someone on a sofa somewhere I don’t care about death as he loosened his tie?

Because I knew I was dying, and I wasn’t finished.

My friend gets things done. She writes books. I talk about writing books.

(Maybe it’s because I am scared of dying and she isn’t?)

No. It’s just that she is more disciplined. Nonetheless, her candor on the subject sent me spinning into my brain and its big questions looming there next to the mundane thoughts about when Homeland was coming back on and how I didn’t know what to eat for dinner.

How can such polar things live in such close proximity?

Life and death are like that though, aren’t they? Living so close to one another?

Here you are living one minute, and then here you are saying goodbye to your eight-year-old daughter for the last time. The time span is so short between the two events that it feels impossible, a scientific impossibility! And yet, it’s not. “How can this be?” you shout at anyone who will listen and anyone shouts back, “How can what be? How can death live in such close proximity to life? How can someone die that you love just as you were getting to know him? How can babies die and mothers and people that you love? Is that what you mean?” And you nod yes yes, and anyone says back, “It was always going to be this way.”

We live in these glass bubbles, and every so often they pop, and the rest of the world rushes in at us, and we realize it was always that way. That the glass was an illusion. It just takes some of us longer to break the glass.

My friend thinks people make too much of a big deal about death.

Look, I get that the person’s spirit and memory and all that resides in my soul or wherever, but, truth be told, I would rather be able to rest my hand on their arm, to sit and look them in the eye, to be able to have a glass of Cabernet with them. I would. Maybe I am too sensory, or maybe I am just honest? Maybe it’s all of it?

I don’t understand it, and I don’t know what comes after, but, my God, when someone is ripped from your life, how do you go on making the bed and the breakfast as if it’s just another Monday?

I don’t know, but we do. We do again and again and again. That doesn’t mean we wouldn’t trade the breakfasts and the bedspreads to have the father back, the beloveds back.

I’m scared to even write this piece. Typing the word out. D-E-A-T-H. What if some hocus pocus superstition states that if you talk about it that it will happen to you?

Well, it will. Eventually. All of us. Every single one.

No one escapes alive.

So why are some of us so afraid of it? How is my friend not afraid? How am I so afraid? What stuff is she made of? What am I not made of?

I became obsessed with the story of Zach Sobiech. He had a rare bone cancer and, at seventeen, found out he had one year to live. There was a short documentary on him (he passed away a week ago), which I watched three or four times, each time riveted. His message—You don’t have to find out you’re dying to start living—haunted me all week as his song played on repeat in my head. He wrote a song called “Clouds” for his girlfriend about the fact that he was dying, and it went viral on YouTube. The day after he died, it was number one on iTunes.

I am not obsessed with death or anything macabre like that.

I want to not be afraid.

I want to write the books and not just talk about writing the books. I want to do my best. I want to not forget. I want to ask myself if I died tomorrow, would my affairs be in order? Anything left unsaid? Anyone I didn’t say I love you to that I should have?

To all the people I love: I love you.

To my father, to whom I said “I hate you” right before he died: I love you.

To myself: I love you.

I suppose if we lived as if it won’t be long now, we’d really get shit done. We’d love harder. We’d write the books. We’d show up.

When I was little, we belonged to this swim club in Cherry Hill, New Jersey. There was this giant pool and snack bar and chaise lounges (this was back when people still drowned themselves in oil and baked in the sun). There was a pair of diving boards over in the deep end. You had to have a band to show you were ready to be in the deep end. The red band. You had to take a test for it and everything. It was some serious business. I remember after I finally got my red band how I climbed up to the high dive. My father waited down below, waving at me to go go go. Jump. Go. I saw the red band on my ankle and remember thinking what if I hit my head on the board and die? What if I drown? What if I…?

It’s okay to be afraid.

But at some point, we crack the water and swim, despite that fear, and it’s glorious. It’s quiet under there—a quiet that is comforting, like a companion you don’t have to say anything to while driving.

At some point, you just dive in, and, eventually, you forget that you were ever scared of the plunge.

Letting go of the body is an effortless thing.

So you just climb up there in your little one-piece bathing suit and jump. Letting go of the body. You float in the water without a body for a few moments or a million years and realize that it won’t be long now.

Except often, the moment we come up for air, we forget again.

We forget what it felt like to be unafraid of floating. Of letting go.