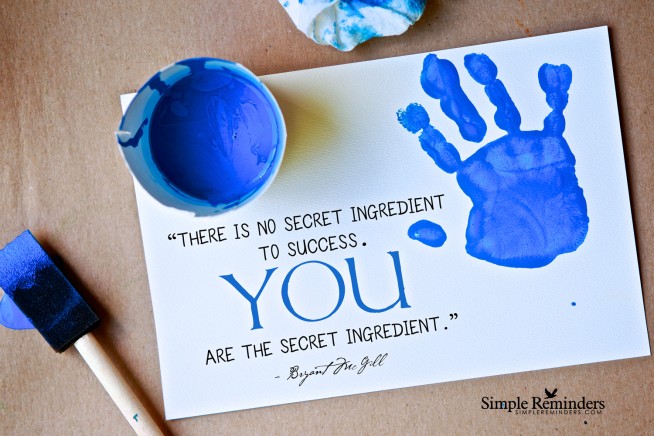 Oh, the things we forget.

There are so many things up there in your head. Look, you’ve already forgotten when you were born and how midnight-dark it was at 5:00 p.m. and what it felt like—if it felt like anything—to come into the world alone and afraid as a screaming monkey. You forgot how you learned to crawl on an apartment floor in South Philly and the night your sister was born, as if she magically appeared one morning like a bowl of cereal would on the counter. You’ve forgotten the yellow plastic on the chairs in your kitchen and how your thighs stuck to them when it was humid and how the backyard looked overgrown. How it looked lost compared to all the other yards. You’ve forgotten when you climbed the dresser and it fell on you and how you wondered if you and the boy with you were dead and, if you were, it wasn’t so bad, was it?

You’ve forgotten the way your father’s shirts smelled and the first boyfriend your mother had after he died.

You’ve forgotten sleeping at your grandmother’s before she went to the nursing home and how you slept on the old sofa bed, lumpy and flowery and smelly, and how you thought that must be how everything ended up eventually.

What we forget is so great compared to what we remember that I think there must be a holding room somewhere where it all waits to be needed.

If we remembered every detail and every heartbreak, we’d literally be walking around comatose, afraid to touch door handles and tabletops, as if they’d explode in our palms.

If we remembered every pain our body has known, we might never get up off the sofa and, then, what would become of love?

It would wither away in some corner, and, eventually, it too would forget its own genesis. It would create new names for itself and a new identity, and we wouldn’t recognize it if it slapped us in the face. We’d all be as lost as my childhood backyard in New Jersey. Lonely weeds waiting to be picked. Overgrown and unkempt and alone. That’s what would happen if we remembered everything. We’d never open the door when someone knocked. We’d just sit, quivering in our socks, staring at it like it might hurt us if we got close. We’d become unruly weeds in socks.

We think that what we remember tells so much about who we are.

I sit down at my computer to write, and I beg my brain to go back in time and relive things for me since I don’t journal or write anything down. What can you tell me about who I am?

I can’t come up with anything. I remember bits and pieces as if my life is a movie I watched half-asleep one night on the couch while I was drunk. I think I was there. I think I had a father. An iron fell on my head once when I was seven, the tip rushing into my head before hot liquid oozed down my face. I remember being told it was blood, but I don’t remember that it was. I only remember the cold point of the iron. After that, the rest of my life went into darkness.

There’s things in that holding room that offer solace and things that, when you call for them, shake with the joy of being picked. Me? You really want me? As if they were the last to be picked for the team and were so grateful just to not be left out again. You beckon those things in that waiting room, and, all of a sudden, it’s as if they were there all along, as if you never forgot what it felt like to fall on the gravel at Yellowstone, rocks in your palms at dinner.

The mundane and beautiful and the horrible next to each other like a collage. Or a war. Isn’t that life, though? Everything and everyone pressing up against each other, vying for space. When there’s only so much space.

There’s only so much.

I’ve been reading lately about how much harder it is to learn as adults. It scares me and makes me want to turn on the TV and sit there with a tub of ice cream and a dazed look in my eyes. I’ve learned it all? That’s all I get?

I know it’s harder as we age to learn new things. To be open. To remember what we’ve put into our forgotten bathtubs. I know this. I was just teaching a class on the theme of being open, and in that class, I suggested how much harder it was to be open-minded as we got older. My grandfather, for example. Won’t get on a plane. He will die without ever getting on a plane again.

Now, he’s been on plenty of planes. More than me, in fact. He joined the Navy when he was eighteen and traveled the world, but since you can’t bring whatever you want on a plane anymore and you can’t just walk right on, he won’t do it. Try and talk to him. Good luck. He won’t budge. I bet my life on that. He knows what he knows.

You think he will sneak into that room at the top of his hall where he keeps all his memories he’s forgotten? Like the memory of what it feels like to be on an airplane or open-minded? Probably, he won’t. But the door is open, and the memories are all there next to extra rolls of toilet paper and light bulbs.

There’s much to support the fact that forgetting is essential to our peace of mind and to memory itself.

How can we create space for new memories if we never forget anything?

It’s like a picture that you’ve had sitting in the window by the sun for too long. One day you look, and the picture is faded, and no matter how hard you try, you can’t make out who the person on the end is although, at one point in time, you are sure you must have held their hand and loved them. How does that happen?

It happens. We can’t hold onto everyone and everything.

I’ve had a few friendships for over twenty-five years. At one point in time, these friendships were fresh and brick-solid, full of face time and handwritten letters. Nowadays, the friendships are more like a memory of a friendship—a ghost of something that exists only in our collective past. It’s not that we aren’t friends anymore. It’s just that the edges get blurry as we age. Things like children and careers and distance factor in, as well as the fact that who knows if we would’ve been friends if we had met at thirty instead of ten years old. Sometimes, I get panicky and want to protect the friendships like they’re broken birds. As if by not being able to maintain them over time, I am somehow a lesser human. I have somehow failed.

The fact is, you can’t hold onto all of it.

There’s a dinghy, and you have to choose what you don’t want to drown you. If you try and hold onto all of it, that’s exactly what happens. It swallows you, and you can’t keep track of one person’s face from the next.

When I start to feel badly about the things I have forgotten or misplaced or simply don’t have room for anymore, I like to remember the holding room and that they’re all there. Somewhere.

We try to do so much. We keep thinking that everything can fit. That if we stuff one more sweater in the suitcase, it won’t make a difference. We try and sneak in as many things as possible until we get told that we have to check the luggage. Check the luggage and place it in the holding room.

What is the holding room? It’s the place where we keep what we don’t have room for at the moment.

Remember “layaway plans” at department stores? I might be dating myself, but when I was a kid, places like Marshall’s had something called a “layaway plan” where you’d put all your stuff that you wanted to buy on hold and pay for it in increments. When you finally paid it off, you could take your stuff home.

I think sometimes people would take so long to pay off their stuff on layaway that, by the time they were halfway through, they wouldn’t even want them anymore.

Those jackets? So last season! The pants? I hate them now. The sheets? We got a bigger bed.

I think that’s what happens with the stuff we forget. It gets put on hold so we can truly decide if we want to remember it anymore. If we need it.

People. We’re funny like that. Always shifting and moving and changing and going from one pleasure to the next, one body to another. It’s what we’ve done since the beginning of time, and it’s what we will probably all do until we die. We want to take it all with us from one place to the next, but, in the meantime, we drop things all over the place because our arms are only so big. We wake up and say Where did it all go? I had it right here! I had it right in my arms. Right in my heart.

You’ve got a layaway plan and so much of what you thought was lost was right there all along, right next to the sound of your father’s voice.

It’s up to you what you take on.

Nothing can define you. Unless you say it does.