When to Say Yes 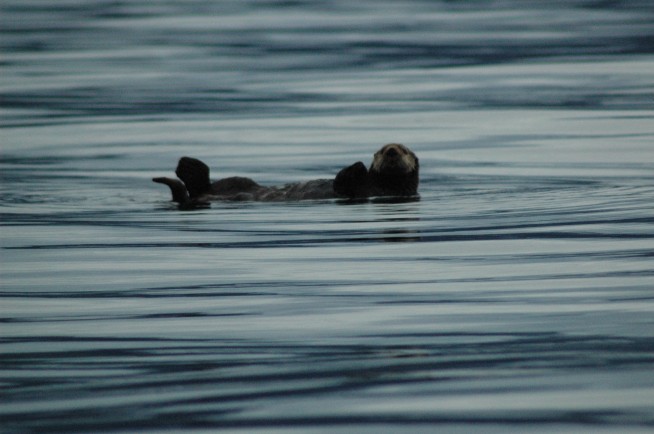 A couple of years ago, an invitation landed in my inbox. Would I like to come to Alaska to teach a writing retreat on a retrofitted crabbing vessel at a luxurious wilderness lodge off the coast of a remote (if that isn’t redundant) Alaskan Island?

At the time I received the invitation, I was tired. I had been saying yes to a lot of things that I should have been saying no to. I was stretched thin. My last book had recently been published and had set me off on a speaking tour—something I wasn’t accustomed to and for which I was emotionally and physically unprepared. I had given a lot of myself. I couldn’t imagine traveling to Alaska. I immediately started writing a note back to the Alaska folks politely declining.

I happened to be staying at the home of a good friend, a yoga teacher who, fortunately for me, had a bit more clarity and balance than I did. “Are you crazy?” she practically yelled in my ear. “Alaska? Of course, you’re going to Alaska!”

To the dinner party.
The girls’ night out.
The charity luncheon.
The parent association breakfast.
The request to read my son’s second grade teacher’s book proposal.

This, said my friend, is exactly the thing you say yes to.

I had lost all sense of the difference. We all operate at such a breakneck pace. We reach for our phones as soon as we wake up in the morning and glance at those same screens before we drift off to sleep. We multitask: exercise and reading, cooking dinner and conference calls. I was recently told about a woman who presses the same digit on the microwave—2:22, 1:11, 3:33—to save time by not having to press a separate digit.

How much busier can we get before we short-circuit, before our brains become like the frying egg in that old commercial?

First, a fresh egg fills the screen: this is your brain. Then, the egg is cracked by an unseen hand and dropped to the griddle. This is your brain on drugs. When we’re sizzling on the griddle, we end up saying yes to events and people who drain us. Beyond the strictly necessary, we lose sight of the difference between what feeds us and what depletes us.

I didn’t answer the Alaska folks right away. I took in my friend’s wisdom and really thought about it. An opportunity to visit a beautiful and faraway place, to bring my family with me, and to teach students I might not otherwise encounter. An opportunity to overcome my resistance to the foreign, the unfamiliar. A chance to grow. For my heart and soul to expand. An opportunity to learn the great gifts I might have missed if I had reflexively said no because I was exhausted by all of the times I had foolishly said yes. My friend was right. Was I crazy?

Above is a picture of Otto the Otter. He was one of many otters I met in Alaska, along with the whales that spouted and breached so regularly that sightings, over the course of just a few days, became commonplace. Each morning, as I found my way through the woods from the luxurious lodge to the crabbing vessel, I sang at the top of my lungs, having heard that bears don’t like to be surprised. I’m just a Jewish girl from New Jersey! I sang. Don’t bother me, bears! Just a Jewish girl from New Jersey!

The bears stayed away. My family had an awesome vacation. I fell in love with coastal Alaska, with the wild, barren landscape and the people it shapes into being. My students were rough and curious, eager, talented, hungry, oh so grateful that I had made the trip to teach them. I had made a memory—for myself, my family, my students—that I had been perilously close to shutting down.

No. A blunt, simple syllable. A slammed door. Simple as that.

Alaska taught me a valuable lesson in when to say yes. As I write this, I am sitting in a whitewashed room in a villa in Capri. The sun beats down on the roof. In the past three days, I have swum off a boat amidst cliffs in the sea. I have climbed all over this island with a group of women, most of them previously strangers to me. Many months ago, a dear friend asked if I would join her birthday celebration this summer. She was taking ten friends to Capri for a week. No: that dense little syllable was somewhere lodged inside me. No, I can’t possibly. No, I’m way too busy. No, my husband and kid will starve.

Instead, I heard my yoga teacher friend’s voice. “Are you crazy?” And that slightly longer, softer word, that other single syllable, issued forth from my lips. Yes, I said instantly, reflexively. Yes, I’d love to.