Coincidence or Not? You Decide. 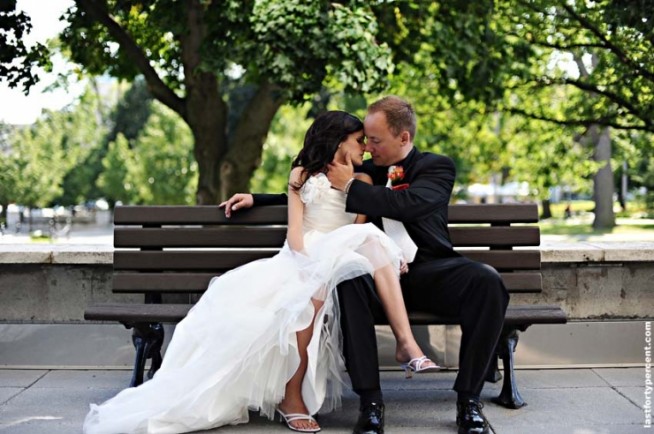 Have you ever experienced an eerie coincidence? Maybe your friend called you right when you were thinking about her, or you just happened to be in the right place at the right time for something amazing to happen. Over the past few years, I’ve noticed an increasing number of these types of situations popping up in my life. It’s like I’m experiencing some sort of Moore’s Law in which my chance encounters and opportunities (and those of the people closest to me) are increasing at an exponential rate. Here’s what I’ve decided:

I don’t believe in coincidences.

I think everything that happens to us—and I mean everything—happens for some sort of a reason. The reason might be relatively mundane—maybe you run into an old friend to remind you of the importance of that person in your life. But there is a reason, nonetheless.

There’s another reason I don’t believe in coincidences, and it involves what I believe is a crucial interaction between taking action and letting go of the outcome. The idea that “we are all energy” is often thrown around in the self-help world. At first, I thought this was hogwash. My scientifically trained mind cried, “Show me the proof!” I felt that I needed to see little beams of energy floating through the air in order to believe that this statement was true.

But then, I started noticing other instances where we don’t need to “see it to believe it.” For example, we don’t see the wind, but we know it’s there. We don’t see the waves of energy that allow us to use wireless internet connections or cell phones, but we know this energy is there. Unlike some reptiles, we can’t see infrared light, but it is there. I’ve started to realize that even though I can’t see the energy that connects us, I can feel it, and I know it’s there. This has led me to wonder:

What if humans really are an interconnected web of energy, with all of our actions, no matter how mundane, affecting and interacting with each other?

After experiencing an increasing number of “coincidences,” I started to realize that these situations were being caused by two things: the energy (or intention) that I was putting out in the world combined with me taking action toward my intentions and letting go of the outcome of my actions. If I wanted to express this in a formula, it would look something like this:

Or, to be more accurate:

In other words, we can’t just sit back and expect awesome things to come our way. We need to set an intention and take action toward that intention, but then, we need to release our attachment to the outcome of our actions. We need to trust that things are working out with perfect timing.

Let me provide a few examples from my life.

I’ve never been a big fan of vision boards, but in January 2011, I made one anyway. I put the vision board on my desk and looked at it every day for one year. After a year, nothing from my board had manifested, so I put it in my closet and forgot about it.

There were several things on that vision board that now play a huge part in my life. My board included a photo of the Kripalu Center for Yoga and Health, as well as a picture of a house on a lake. At around the same time, my neighbors cut down a magnolia tree in their front yard (an act that appalled me!), so I told my husband that, someday, we were going to have a magnolia tree in front of our house. (I have a huge obsession with flowering trees in general.)

Well guess what? I now work for Kripalu, and my current apartment looks out over a beautiful lake. There also just happens to be a gorgeous magnolia tree right in front of my window. Here is my view:

Here is another photo of the magnolia tree:

How did all of this come to be?

I followed the formula above. Specifically, by creating a vision board, I put my energy/intention into becoming involved with Kripalu, and I took action on this intention by reaching out to a Harvard professor who was involved in yoga research with Kripalu. However, I released attachment to this outcome by 1) Eventually tossing my vision board into the closet, 2) Not getting discouraged when opportunities to work for Harvard/Kripalu didn’t come up right away, and 3) Volunteering my (unpaid) time to help Harvard/Kripalu with their research for over two years. (I think the Universe threw in a little bonus gift by giving me a fantastic view in return.)

Almost a decade ago—back when online dating wasn’t nearly as accepted as it is now—I decided to join an online dating website. I was recovering from a year of on and off relationships, and my heart was on the mend, but I was committed to finding a healthy relationship. However, after a couple of dates, I decided to take down my profile and allow love to find me.

A few days before taking down my profile, I had started messaging with a guy. He lived in Toronto (a two-hour drive from where I lived), but it just so happened that he was going to be in my city on a Friday night because his friend was a deejay at a club in town. I told him that my best friend from high school worked at that club, and that I might stop by to see her (and thus see him there), but I actually had no intention of ever meeting up with him.

At around 10:00 p.m. that night, I received a phone call from my friend. She just happened to know the deejay at the club, who just happened to introduce her to a guy who said he’d been chatting with me on the internet. She told me that I should come down and meet this guy, because he seemed really nice, and, in her words, “He has really straight teeth and dimples.” So, I got out of my pajamas and took a cab to the club.

To me, there is no way that this series of events was a coincidence. The combination of my energy (setting an intention to find love) and action (joining an online dating site) with my lack of attachment to the outcome (deciding to remove my profile) led to this wonderful day…my wedding day (shown above).

I encourage you to start paying attention to not only the energy that you are putting out into the world, but also the energy that you receive in return. I like to refer to this energy as your intuition. When you get a gut feeling, this is your True Self communicating with you. Your True Self doesn’t communicate in words; it communicates in energy and feelings, like a knot in your stomach or a lump in your throat.

The more you pay attention to your intuition and combine this energy with courageous action, the more your life will start to look like a series of amazing “coincidences.” My husband has been experiencing this quite a bit lately. He’s an artist at heart, and our recent move to Boston has rekindled his creative juices. This energy and intention, combined with regular disciplined action in terms of working on his art, has resulted in awesome “coincidences,” like running into a gallery owner who wants to show his work.

By paying close attention to his gut feelings, my husband has also started to develop an almost eerie level of intuition. Back in February, he casually told me that he had a feeling something was seriously wrong with his dad (who has been struggling with an illness for a few months, but hadn’t had any serious setbacks up to that point). Twenty minutes later, his sister called to let him know that his dad was on his way to the hospital via ambulance. As another example, the night that two of the suspects in the Boston Marathon bombings hijacked a car, my husband (who had no idea about the hijackings because he was asleep at the time) had several dreams about people hijacking his car.

I’ll let you decide whether everything I’ve described in this blog is a coincidence or not. Personally, I think all of these events provide perfect examples of the miracles that can happen when you combine energy/intention with action and non-attachment.

The more we quiet our minds and listen to our intuition, the better able we are to tap into an underlying current of energy that connects us to all of humanity.

What do you think? Coincidence or not? I’d love to hear your thoughts (and your experiences with “coincidences” in your own life). Post your comments below!