Are You Putting Yourself in a Box? 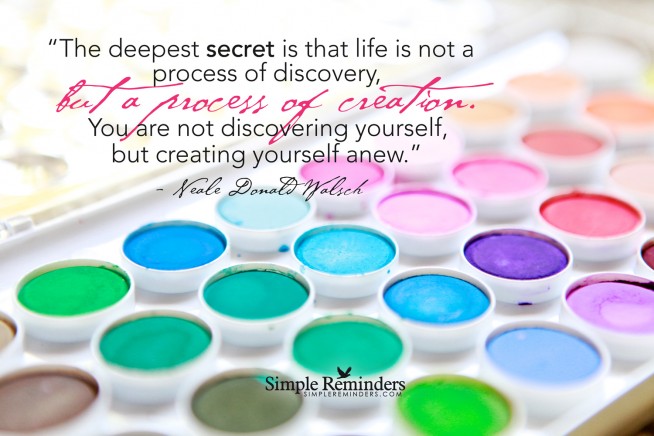 Do not put yourself in a box.

That goes for other people putting you in a box, as well. And if they insist, then bust on out of that box. Do not feel like you need to stay there.

And if you do, it will be by your own volition.

Boxes are small. You can’t breathe in a box.

I recently led a retreat in Ojai, California. A “yoga” retreat. Let me tell you, there wasn’t that much actual “yoga” done. Don’t get me wrong, the whole retreat was as yoga as yoga gets, but as far as the poses go, we didn’t do that much asana.

Sometimes, when I go into fear mode, I worry about the fact that so many people think of me as so many different things (Jen their yoga teacher, Jen the writer they follow, Jen the person I googled and found when I typed in “yoga retreat.”)

Then, everyone arrives, and the transformation is so complete, so profound, and I remind myself that it doesn’t matter what I am called.

What I do speaks for itself.

Same goes for you.

My dear friend, Caspar Poyck, is always the chef at my Ojai retreats. He is also an incredible musician and singer (among many, many other things) so I asked him to come and sing to the group with his guitar. People wept.

It was that beautiful.

Up until that point, he was “chef.” He told me that the way too early death of his father in a car accident impacted him profoundly.

“I made it a point for my life to be a collection of short stories, not a single novel. That’s just my approach. Many ways to have many lives, but in none do boxes work.”

I love what he said. Short stories!

It was a gorgeous reminder that we don’t need to be labeled or put into boxes, that we can let ourselves shine no matter what our title is or is not.

I am creating my own niche in the world. I hope you will consider doing the same.

When we feel that we need to be in a box or we need to be labeled, it is usually—and this is purely speculation—because fear is running the show.

What if I don’t fit in? I better do what everyone else does.

What if they don’t like me? I better conform.

Keep being yourself unapologetically.

Be kind, do your best not to hurt anyone, love often, but be true to who you are.

If you want to sing and you are an accountant, start singing, dammit!

As I let go of the idea that I have to be “yoga teacher” (in quotes) I allow for inspiration.

Get out there and roam. (That’s me speaking directly to your soul.)

Jen will be leading Manifestation Writing/Yoga retreat at Kripalu Center in Massachusetts in February 2014 as well as retreats in both Costa Rica and Tuscany in 2014. She travels around the country leading her signature Manifestation Workshops.