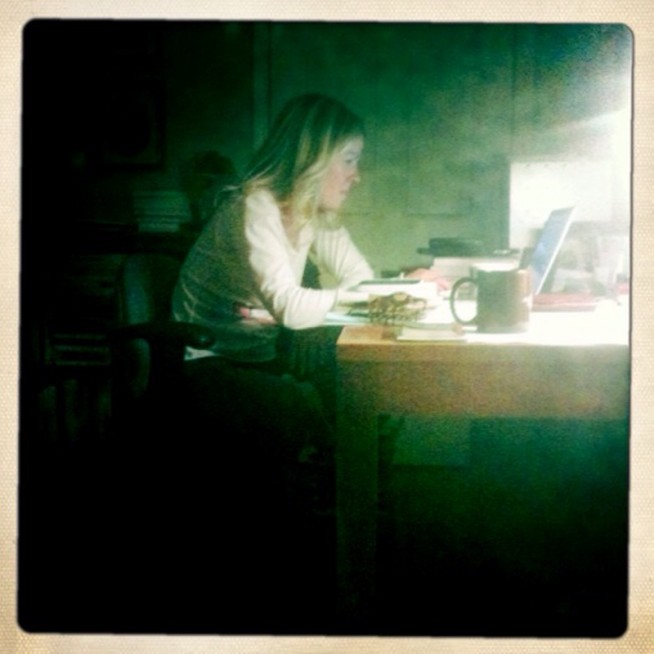 Once, years ago, I spent an hour with one of the smartest people I know—a therapist who had also become a friend. I had a lot going on. Work questions. Personal questions. Big life questions. All of it came spilling out in a torrent. I was at a crossroads. Confused. Feeling the whiplash of many different things happening at once—some of which felt contradictory. I talked and talked. He listened and listened. And then, as they are wont to say, our time was up.

As he walked me to the door, I turned to him, in despair, and asked: “Does any of this make sense?”

And he responded: “Dani, everything about you makes sense.”

What a liberating idea! That everything that comprised my life—the early screw-ups, the stops and starts, the misguided first career, the ups and downs of my twenties, the poor choices, eventually the good choices—all of it added up to something coherent. Something that at least one person thought made sense.

As I write this, my life is full of contradictions. I am feeling them more than ever.

How did I get here? I have a new book coming out—my eighth. This makes me feel about a thousand years old, but, in fact, it all comes from putting down one word, then another, then another, over the span of the past twenty years. I am a novelist who loves nothing more than to live in the world of my imagination, and yet, for the past six years, I have written mostly non-fiction. I am a teacher who began my teaching career in academia, and now I find myself, more often than not, leading retreats where I am free to experiment and be creative in the ways I help my students approach the page.

We are all in such a hurry to define ourselves and others!

In a well publicized feud this past week, Jennifer Weiner and Jonathan Franzen had some things to say about commercial writers versus literary writers. I am loath to jump into any kind of fray, but part of me wants to stand up and shout: why do we care? We are all a bunch of thin-skinned, rag-tag misfits, overly sensitive, socially awkward, and our natural habitat is solitude. Our conducting these kinds of public non-debates—or even engaging in private snobbery—calls to mind two enormous, hermetic old tortoises poking their heads out from their shells and staring balefully at each other from opposite sides of a pond.

I am a literary writer in the sense that my sphere of interest, to quote Faulkner, is the human heart in conflict with itself. I am interested in story only in so much as it illuminates that conflict. And I am interested, too, in making the reader want to keep breathlessly turning the pages. It was James Michener who once remarked that he knew nothing about plot, but if asked to describe a chair, he could make a reader want to read to the end of the page.

We diminish ourselves by categorizing ourselves.