Do We Need a Coat of Armor? 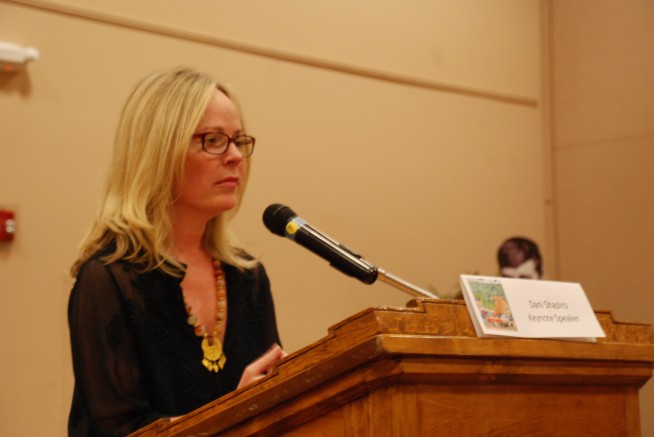 On a recent morning, as I was getting dressed for an appearance at a speaking engagement, I stood in front of my open closet doors and sorted through my speaking engagement clothes. Dark jeans or black pants, a silk blouse of some sort, a nice sweater or jacket. Boots with heels. I put on some make-up—just enough to hopefully erase the signs of the previous night, which involved a late dinner with friends at my favorite restaurant. I put my hair up, chose earrings, a necklace. A spritz of perfume. We all do a version of this, don’t we? Whether we’re speaking in public or boarding the train to work, we have our public selves and our private selves.

It was a weekend morning. My husband was in his office, working on a screenplay. My son was lolling in bed with his iPad. The dogs were crashed on the floor. And I was making the shift from private to public. And it wasn’t easy. As I dressed, the feeling I had was one of arming myself—not because I wasn’t looking forward to the event (I was) but because, for writers, going out into the world requires some doing. We spend our lives in a solitary way.

As I write this, I am sitting on my chaise lounge in the clothes I slept in and a pair of socks from one of those in-flight kits. I will probably not speak to a soul all day, unless you count the dogs (here, the dialogue consists of “bujabujabu,” and “I love you. Do you know that?” and “Who wants a treat?”)

My own face will surprise me in the mirror, should I pass a mirror, because the act of writing is, for me, a kind of self-forgetting. Take someone who lives in this realm of self-forgetting and put her in front of an audience, and there you have it. The dilemma. The modern writer’s conundrum.

I worry that I will be misunderstood. That all of the lovely people who book me for speaking engagements will think I don’t enjoy myself. (I do! I totally do!)

What I’m getting at here is the complexity of being a person at once deeply private and shockingly public.

A person who spends days, weeks speaking as little as possible; a person for whom the word “hermitage” is appealing, and a person who sits in front of an audience, speaking into a microphone, telling stories (jokes, even!) and looking—in fact, being comfortable. It’s a split-screen, this writer’s life. And what I have discovered over these recent years when I’ve been doing a lot more public speaking is that it requires a kind of armor.

This armor extends beyond the dark jeans, the silk blouse, the make-up. The absolute vulnerability necessary to write something real, honest, and universal is at odds with the public self. At a recent event, there was a woman in the back row (there’s always one) who, every time I looked her way, rolled her eyes. I mean, really rolled her eyes. A full eye-roll, heavenward. Her body language said: I’m not buying it. It said: I’m bored to tears. When will this be over?

Now, the rest of the audience seemed very engaged, even rapt. But because I’m a writer—because I am a sensitive creature with less armor than most—and because in order to give a good talk, I, in fact, need to be vulnerable, I directed my talk to the eye-roller. I couldn’t stop thinking about her. How was I failing? Where was I going wrong? Why, oh why, didn’t she like me? It’s weeks later, and I’m thinking about her still. This is no different from writers who can quote you chapter and verse from their negative reviews but not a word from the glowing ones. Or writers who troll their Amazon pages, only stopping to take in the one star reviews.

So what is the armor, then, that allows us to take part in the world around us, a world that will sometimes feel like just too much, a world that might insult us or hurt us? For many of us, I think there’s only one answer, and I’m doing it right now. It’s to return to the solitude. To the chaise lounge, the dogs, the pajamas. To return to the page, the blank and glorious page, and look up, hours later, realizing that the armor has slipped away. Perhaps—who knows—the armor isn’t necessary at all.