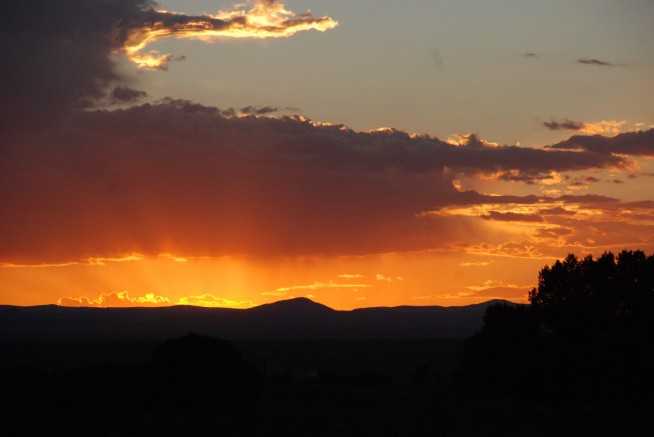 I forget every time the feeling that hits me when I have finished one book but have not yet begun another. This between-books limbo is, for me, like a long, slow leaching of color from the world. A steady decline of mood and connection to the universe, until, one day, I wake up and hardly know who I am.

We are always between things. We walk or drive or take the bus from point A to point B. Our mind drifts. We lose sight of the present.
@DanijShapiro (Click to Tweet!)

Virginia Woolf calls this “the cotton wool.” As in, most of our daily existence is spent moving from one thing to the next. Muffled. Waiting. In limbo—leaving the past behind or leaning into the future. The real moment of arrival, Woolf calls “moments of being.” These are the hours in which we feel most truly and authentically alive.

Don’t we want more of these? I would love to make every single moment a moment of being.

As a writer, the way I come to know myself is through the written word. The ways in which I am able to access any understanding of what makes me tick, how I see the world around me, what I feel, what I know, is through the daily practice of grappling with the page. The grappling itself is the point. Ideally, something comes of that grappling, eventually. Every story, novel, essay, memoir begins with that dive, that free fall, that willingness not to know. We begin with the barest of ideas, a flickering image, a phrase, just outside our grasp, and we begin to try to capture it by sitting with the page and seeing what emerges.

When I’m not engaged in this process, a depression settles in. This time, I think, this time it’s different. I become convinced that my imagination has taken leave of me. That I will never become obsessed with a character or a story again. My mind starts spinning all sorts of stories—and not the good kind of stories. I feel as if I have split in two, and part of me is on a small boat without oars, drifting slowly out to sea, carried by the tide, watching the other part of me standing on the shore, watching. Writing brings these two aspects of my nature together. It weaves the observer, the storyteller, the thinker, the dreamer, together into one woman. It silences my demons by putting them to good use.

As I write, I am in my quiet study. A late afternoon cup of espresso is growing cold on my desk. The sun is setting outside my window. But even this—this small act of thinking about the in between—brings me back inside myself. My vision becomes acute. I am witnessing. I am not aimlessly drifting. The room, the view, sharpens, comes into focus. My interior life becomes heightened, once again making itself known to me.

Do you know those lists of how much time we spend, over the course of a lifetime, brushing our teeth or taking out the garbage or talking on the phone or grocery shopping? I want to diminish the time I spend in the in-between. Like Virginia Woolf’s cotton wool, the in-between is a muffled, deadening place. It is soul-eroding.

You would think it might be a time of gestation—roots beginning to form beneath that frozen ground—but you would be wrong.

The real gestation happens on the page, just so. A writer’s fingers moving along a keyboard; a pen scratching words. The next word appears, then the next. And the next. And suddenly, the sky brightens. The day beckons. The simple, elusive act of beginning. The practice itself, the very point of the thing, and suddenly, the in between is revealed for what it really is.

It is all we have.