Coming Out of the Spiritual Closet 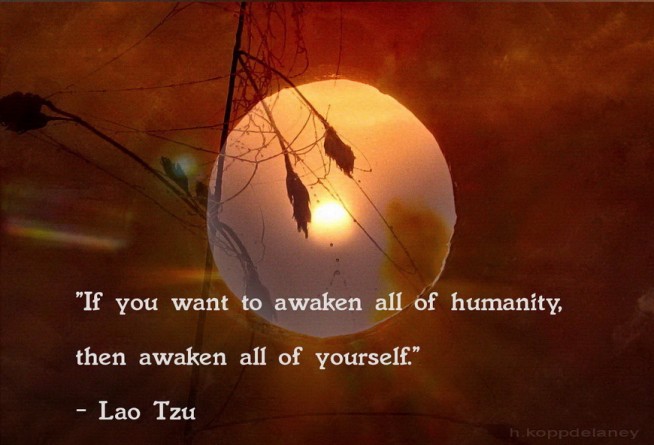 If you follow what I post on Facebook, you may have gotten a glimpse of what’s been happening to me in the spiritual realm over the past three weeks, but this is the first time I’ve tried to sit down and write a blog post about what I’ll call “The Experience.”

The unfoldings have been so non-cognitive that I’m finding it very challenging to engage the part of my brain that likes to write, so I’ll ask for advance forgiveness if what I’m about to write makes no sense.

So what happened? I have no idea how to explain the lightning bolt that just hit me, but one of my spiritual teachers Tosha Silver explained it to me like this. “Lissa, it’s really simple. You experienced a kundalini awakening that opened up siddhis.” As we hiked through Tennessee Valley, I gazed at Tosha, cross-eyed and with a furrowed brow, and Tosha said simply, “Google it.”

What Is a “Kundalini Awakening?”

I had never heard of either a “kundalini awakening” or a “siddhi,” so I Googled both.

Reading about kundalini awakenings, I discovered that Eastern spiritual traditions describe kundalini as this untapped energy within us that coils up like a serpent at the base of the sacrum. When we unleash this potential within us, we can awaken spiritually into union with the Divine and awareness of what some might call “God consciousness.”

Some spiritual traditions engage in practices meant to release this kundalini energy, such as meditation, yoga, chanting, Tantric sex, and being given “shaktipat” (a kundalini transmission give to you by a guru). Apparently, some spiritual seekers spend their whole lives actively trying to unleash this harnessed potential.

But apparently, kundalini awakenings can also happen spontaneously, and when they do, they tend to affect more than one individual at once. That’s what happened to me, April, and Dennis—the two other people I was with when this all happened. No drugs were involved. We weren’t doing yoga or meditating or chanting or doing anything sexual or in the presence of a guru.

We were just sitting around on an ordinary Monday when all three of us got hit by something none of us expected, and in the wake of it all, the veil got pierced in ways my cognitive mind can’t even begin to explain.

What happened in the wake of all this makes absolutely no sense to my cognitive mind. The three of us were able to communicate telepathically. April and Dennis witnessed each other “glowing.” I was able to dissolve clouds and make it rain in drought-ridden California and call in a pod of whales with my intention alone. The sand on the beach around where we sat moved when it shouldn’t have.

Dennis, a scientist who publishes academic physics books and journals, suddenly became psychic. Overnight, he became clairvoyant, clairaudient, clairsentient, and started channeling both Universal truths and information from dead people. In this channeled state, Dennis could access information about strangers that they’ve never told anyone, such as traumatic experiences from childhood. Without any clue what he was doing, he started spontaneously doing psychic readings on strangers everywhere we went—at a coffee shop, at the spa, on the telephone with his family members. He was also transmitting messages to me about my purpose here on earth, why I’m here, what I’m meant to do.

The information he gave me was very specific, and honestly, it sounded like something straight out of a bad science fiction movie.

I’m still not sure I believe any of this, but April also became suddenly psychic, and she verified some, but not all, of what Dennis was telling me.

I now realize that much of what I’ve been learning over the past couple of years about bending spoons, calling in the animals, communicating telepathically with other people, and manifesting what we imagine in our minds into being in physical reality—they’re all “siddhis.”

Trustworthy light beings like Martha Beck can use these spiritual superpowers in service to the light. But if not properly respected, the siddhis could be used by forces of darkness in ways that only feed the ego. This is my beef with the “law of attraction” in the way it’s taught in books like The Secret. Sure, we can use our siddhis to manifest Ferraris, but why would we want to?

As I’m learning from Tosha Silver, I’d prefer to let the Divine take the lead in my life, rather than using spiritual superpowers to feed my ego’s desires or impress people.

Have I Lost My Mind?

As I write this, my cognitive, scientific mind is fully aware that what I’m writing sounds like “woo woo” nonsense. If I was reading something like this a month ago, my cognitive mind would have written off the writer as some sort of whack job. You might be wondering if I’ve lost my mind, and honestly, I think I have, not that I’m crazy, but that the limited cognitive mind that has ruled my life for forty-four years (and the identification of the ego that goes with it) just got kicked out of the driver’s seat, and some bigger part of me—call it my soul or my Inner Pilot Light—finally took its rightful place behind the wheel.

But there’s another part of me that can’t dismiss what happened, and I can tell from the hundreds of fascinating responses to my Facebook posts that what happened to me is happening to many other people at this potent time of awakening of consciousness on the planet. As someone with both the credibility of being a medical doctor as well as the ability to broadcast this information to many other souls via blogs, social media, books, and access to public television, I realize I can’t keep what just happened to me a secret, that I’m being called to come out of the spiritual closet.

Why I’m Coming Out About This Experience

In spite of my hesitation to share this story with you, what motivates me to go public with this story is the message that came through loud and clear during this profound ecstatic experience.

There is a Universal Intelligence that is guiding everything.

Each one of us matters equally and is connected in Oneness to a united whole that needs you, loves you, supports you, and connects you to all living beings and all of matter. This Guiding Life Force of consciousness energizes everything, so you are never alone.

Light will for sure prevail over darkness, and the time is now for all of us to wake up to these truths, not only to save ourselves, but to save our species and this planet from the destructive forces of darkness that threaten to exterminate life as we know it.

Tell Us Your Spiritual Stories

I’m going to start sharing more about what I’ve learned over the past three weeks in upcoming posts, so stay tuned. But until then, have any of you been through this kind of life-changing experience?

The people who have reached out to me are telling me their stories, not only about kundalini awakenings, but about having the light come into their heart, near-death experiences, ayahuasca experiences, and other spontaneous shifts in consciousness that profoundly changed their lives.

I know we’d all like to hear from those of you who have experienced these kinds of spiritual awakenings. You’re safe here. Tell us your stories.

Lissa Rankin, MD is a mind-body medicine physician, founder of the Whole Health Medicine Institute training program for physicians and other health care providers, and the New York Times bestselling author of Mind Over Medicine: Scientific Proof That You Can Heal Yourself. She is on a grassroots mission to heal health care, while empowering you to heal yourself. Lissa blogs at LissaRankin.com and also created two online communities—HealHealthCareNow.com and OwningPink.com. She is also the author of two other books, a professional artist, an amateur ski bum, and an avid hiker. Lissa lives in the San Francisco Bay area with her husband and daughter.