Are You A Hoarder? How To Know When To Let Go. 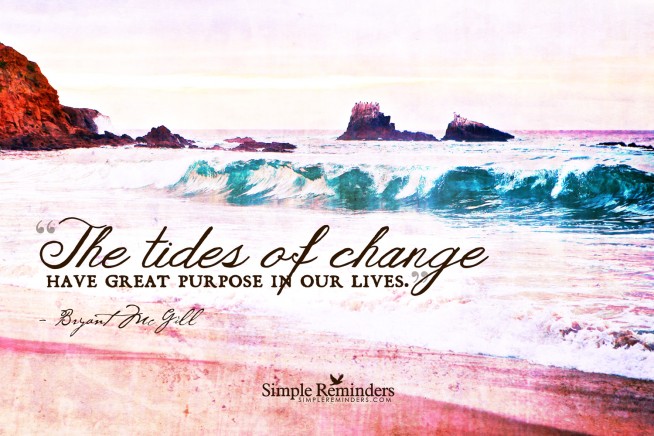 I’ve been thinking about the stuff we hold onto, the stuff we hoard as humans- the lamps and the photographs and the people, and the little pieces of paper everywhere (me, specifically. I do this.) I found this jotted on a paper tonight: She doesn’t let me put my hands in the potato chip bag or anything- I have fake nails. My one extravagance. And I’m wondering who is she, and why I had fake nails, and what kind of potato chips and why is this piece of paper on my desk in between a Virginia Woolf library book I never returned from 1997 and a bottle of sleeping pills. Hoarder! I want to yell at myself but don’t because who listens when you yell at yourself? The you that is yelling hoarder or the you with her hand in the potato chip bag?

Let’s say I am the chick with her hand in the bag and let’s say they are salt and vinegars. Let’s say I have my hand in the bag and my fingers are kind of wet because maybe I’ve licked them to pick up crumbs and the crumbs are stuck to my fingers and I suck them off. (Let’s say that.) So I hear hoarder! being yelled but still, I eat the salt because it’s so good, addictive really, and there’s no way I can not not lick my fingers to get that goodness off of them. I want it all. The chip crumbs in the bag’s skin and every paltry remnant of broken chip itself.

An old friend has had a party recently and didn’t invite me. I found out and felt hurt. It dawns on me that we aren’t really friends anymore, not in the immediate sense anyway.

I think about the letter I got from one of the guys I work with. He’s trying to get/stay sober. I work with a bunch of recovering addicts who pretty regularly blow my mind. This guy gives me a letter, and one of the lines says, “I remember how many friends I have neglected as the years have passed.”

I think of this old friend who didn’t invite me to her party and I recall what a shitty friend I was to her during my shitty years. [1]

And I wonder if this is payback or my karma, (if you believe in such a thing.) I’ve seen too many “bad” things happen without any retribution, at least not in this life, to really know if I fully believe in karma or not. But really, what it comes down to I think, is hoarding. Knowing when to let go.

My grandmother, before she died, had this lampshade wrapped in plastic. For as long as I could remember, that lampshade was wrapped in plastic with the price tag dangling from it. It was never dusted, so although it may have originally been white or beige, it had long since become brown, and the price tag hanging from it reeked of despondency. Like she’d given up somewhere but couldn’t muster the strength to dust the lamp or at least to take the price tag off. And it wasn’t an expensive lamp, it was some cheap K-Mart thing, some hideous thing that had probably been on sale in 1987. She sat and did her crossword puzzles, oftentimes all day. Just sitting there, only stopping to open a can of salmon or to go to the door and blow smoke out. She offered me salmon salad once as an adult, and I was naïve enough to think she meant a salad with lettuce and maybe a piece of salmon on top.[2]

But back to the lamp. That bloody lamp made me want to scream. Take off the pricetag, Gram. Throw it out. It’s hideous.

She didn’t listen. She, in all honesty[3], couldn’t hear. She didn’t have hearing loss (I’m the lucky one with that trait) but rather she couldn’t take in anything anyone was saying. She’d ask a question and talk right over you. After a while you didn’t answer and you all just sat there while she did her puzzles and the price tag dangled. Her sofa had plastic on it too. Anyway, that just gives you an idea. It’s not a character bashing. I didn’t like my grandmother and most likely she didn’t like me so don’t feel too bad.

These ramblings are mine. Locked in my head or on page, they are mine. Hoarding them, you can say. Although my attempt at sending them out into the world is the opposite of that. Here, take them away from me. Take the price tags and the time she threw a towel on me while I napped because she didn’t have a blanket. Take it all!

How do we know when to let go?

The signs are all around us, aren’t they? Your oldest friend doesn’t invite you to her wedding or to her party.[4] Your friend doesn’t ever reach out, rather you are always the one to reach out? Why do we hold on to these things?

On some level we think that by letting them go we will cease to endure- our potato chip fingers will evaporate into notes on our desks lodged in between books and pills and then what? We won’t have mattered- we will never be the impossible beautiful things we imagine ourselves to be. But if we hold on to it all, every last friendship and memory and price tag on a lamp, then we will have somehow survived what it means to be human and that fleeting moment we get. What’s that line from that Eminem song, “Lose Youself”- You better never let it go. You only get one shot, do not miss your chance.

There’s a bit of truth in that.

Another guy I work with wrote: I remember my first girlfriend. Suzanne. She was Hispanic. She was beautiful. I wanted to sleep with her. We never did. I was in seventh grade.

I bet he holds on to that, that memory of Suzanne. Of course he does, he wrote it down all these years later and when he handed me the paper I could see there was a hesitation, like he was giving his Suzanne away. As if she would no longer be only his. In his imagination, in her seventh grade body and broken out face. He clutched the paper for a moment too long until I gave him the nod that said, “I won’t take her from you. You can keep her.”

Why else do we hold on to price tags on lamps and dead friendships? They trot us down the street when we feel like we have nothing. They pop up in our imagination and say, “Oh, but you do have something. You have this and this and this and this,” and even if you are completely deluding yourself- you haven’t talked to your friend in months or met her baby born last summer, you think, “this defines me, this keeps me in place.”

Well, I guess I’d like to call bullshit. Hoarder and bullshit! I’m calling it all. Why not? I’m  getting ballsier and more honest and less concerned with what “they” think and all the things that aging does to us and I think about how pretending I loved my grandmother so people will think I am a good person is a façade.

And holding on to every single thing that has carried me to this moment in time is like stealing. At a certain point, none of it is mine anymore. @JenPastiloff (Click to Tweet!)

[1] Shitty years: years between 21-31. Horrible, self-deprecating, miserable years. Not a highlight in any friendship. Shitty years for friendships and for existence (mine.)

[2] but she meant a can of pink salmon, mashed with mayonnaise, split between three of us- her, my grandfather and myself. It was okay. Better than I expected.

[3] fact: she never once listened when she asked a question. This is not for sake of storytelling although it makes a good story. It is fact. I am hard of hearing but my grandmother never once heard a word I’ve said in the entire time I knew her.

Jen will be leading a Manifestation Retreat in Costa Rica at the end of March and her annual retreat to Tuscany is in July 2014 (almost sold out!) All retreats are a combo of yoga/writing and for ALL levels. Read this Positively Positive post to understand what a Manifestation retreat is. Check out her site jenniferpastiloff.com for all retreat listings and workshops to attend one in a city near you. Jen and bestselling author Emily Rapp will be leading another writing retreat to Vermont in October.

Join Jen at one of her upcoming NYC, Dallas or Seattle workshops.