How to Heal the Feminine Wound 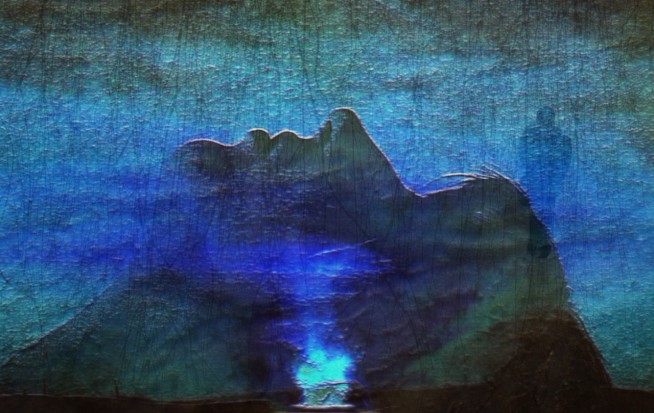 I told a good friend of mine that I was kicking around the idea of a creatrix.

“Yes,” I said, and nodded sagely. “Except totally different.”

My idea of a creatrix was this: a woman who maintains strong relationships with others while cultivating her natural gifts and pursuing mastery, for however long it takes her.

She actively uses her gifts in service of herself, her loved ones, and the world. She is grounded, sensual, and comfortable in her body. She recognizes her birthright to pleasure and play. She believes in interdependence and interbeing: she is her own person while knowing that we are at least partly defined by our relationships. She may or may not have kids. Chances are she tried the conventional thing, or came close – the wedding, the ‘safe’ job or career, the house in the suburbs – and it didn’t work out. So now she lives in the country/on the beach/in a loft downtown/ in Thailand.

She is not afraid of power: standing up to it, speaking truth to it, or using it to advance her own agenda.

She is not afraid to have an agenda.

The other night, in a cozy and chattering Italian restaurant, my friend told us that she had just encountered the word again. She is taking an online course about female goddess archetypes, and one of those archetypes is The Creatrix.

“Yes,” I said, trying to sound all wise and knowing, as if I hadn’t just discovered this yesterday. “Creatrix is another word for Goddess.”

I abruptly realized that discussing this idea of the creatrix is, for me, another way of discussing the feminine. A Creatrix can be a man or a woman. It is not the gender but what that person is in service of:

According to Thomas Moore, “….the spirit is what is divine in us, and the soul is what is human.”

Spirit, or however you want to think of it, is some abstract, impersonal state of cosmic perfection that exists “up there.”

Soul is what we are tasked to work with – and work out – down here. Soul is highly personal, individual, messy, entangled, embodied, complicated, shot through with blood and darkness. If you ascend to find Spirit, you descend to find Soul, plunging into the murky world of your own private underground.

If Spirit makes us all One, your Soul makes you…more you.

Soul, according to Jung, is a feminine concept.

We need them both — soul and spirit, ascent and descent – in order to be psychologically
whole. @justinemusk (Click to Tweet!)

But as Sera Beak points out:

“…spirit is the most popular and public ‘face’ of spirituality. More often than not, soul has been relegated to the moldy basements of the clean and bright McMansions of mainstream spirituality.”

We have lost the art of psychological descent, of “going there,” down through the difficult emotions, the darker elements of our personalities. The purpose of descent is to work through our shit, integrate and rise into a wiser (and happier) state of being. This is also known as the heroine’s journey, based on the great, ancient myth of Inanna.

It is the female initiation into higher consciousness.

But in a culture where emotion is often tagged as dangerous – slipping very quickly into crazy, hysterical, irrational – we tend to seek as much distance between ourselves and our feelings as we can.

We find our favorite ways to numb out. We stomp the dark stuff down with a relentless focus on positive thinking. Stories about ancient female rites give way to Disney tales about happily ever after, more seasons of The Bachelor. This, the culture tells us, is what female life is supposed to be. We know this is wrong – this is nowhere near enough for souls as mighty and hungry as ours – but maybe can’t put our finger on why, or what we’re supposed to want instead.

Perfection, like spirit, is impersonal. The task is to meet or exceed certain standards, to fit into the box.

Creativity lives against the box, or outside of the box, or doesn’t even realize there is a box. It serves as the expression of your unique, individual soul. It is your soulprint on the world. We are what we make. When we create, the process also creates us; it shows us, and brings into being, aspects of ourselves that we didn’t know existed.

“People will do anything to avoid facing their souls,” Jung noted, concluding that ‘soul loss’ is the great wound of our time.

We wonder who we are. We go off looking for ourselves (if we can afford it) in a therapist’s office, in exotic places, in relationships with inappropriate people, in designer handbags and sleek shiny sportscars and other goods that can’t satisfy for long. We regard ourselves as “not creative” (since what is creativity but your soul making itself manifest?).

It’s interesting that Julia Cameron based her famous Artist’s Way books and workshops partly on the 12-step philosophy of AA, referring to the participants as “recovering artists” – seeking not creativity so much as the restoration of it. The healing.

Perhaps ‘soul loss’ is not a cause but the main symptom of another kind of wound, what Sue Monk Kidd terms the feminine wound. This is the devaluation and degradation of the feminine: regarded throughout history as the defect to the masculine norm, the wrong to the masculine right.

I believe that creativity – the act of making meaning out of things which would appear to have none – can be both therapeutic and healing.

I believe that the feminine wound slashes so deeply through Western culture that many of us take certain attitudes and behaviors as “just the way things are.” Whether it’s women “opting out” of the workforce, or a teenage girl calling another girl a slut and a whore, or cutting herself, or starving herself, or driving herself past burnout as she tries to be everything to everybody. Or a boy shutting down his emotional life and his ability to empathize so he won’t get called a [insert slang for female genitalia] and beaten up after school.

I see a creatrix as someone who uses his or her creativity to take the feminine wound and transform it. To take us from pain to power. To release the shame that keeps so many of us trapped and fearful. To give voice to authentic feminine experience. To give the feminine a voice — every bit as bold and loud and vibrant as it wants or needs to be.

A creatrix can look past her own personal drama and understand how her story hooks into the bigger picture, the global system. She understands that when you change yourself, you inspire others to change, and the system has no choice but to change itself around you.

The Creatrix has many faces.

Perhaps one of them is yours.

Justine Musk is the author of three traditionally published dark-fantasy novels and blogs about the relationship between creativity, shadow, personal power, and sexuality. She believes that being uncooperative with bullshit is to be cooperative with your own audacious truth.