What Happens When You Believe You Are Unlovable? 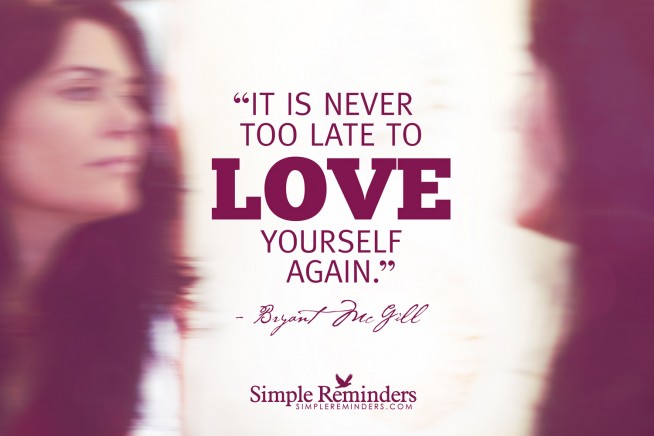 If I close my eyes and think hard enough I can almost remember the house. Almost. I can’t remember if it was brown or green. Maybe it was brown with yellow trim. I do remember the chain link fence in the back yard, and the rabbit hutch my Poppy made for us. I wish I could remember more. I just said to a friend this past weekend, “I wish I had a photographic memory,” but then realized that would probably be a curse.

I still dream of those days. The ones that happened before July of 1983. Maybe I could go under hypnosis and while in a trance bring a Polaroid camera with me. I had a Polaroid camera once. It was pink and I loved the instant gratification. I would take my Polaroid and snap a photo of all the moments from January 15th, 1978 until July 15th, 1983.

I have a snapshot of the day my daddy died. I have that moment etched in my brain. Chinese checkers, shag carpet, curse words and fist slamming, sirens, strange men, family arriving. I remember all of that. The den where I was held captive as they took Mel, my dad, away on a stretcher. I snuck away and caught a glimpse of his lifeless body. I had no idea it would be the last time I saw his beautiful face, although it did not look beautiful on that stretcher, blue and dying.

In the weeks before he passed my mom and dad had “the talk” with my sister and me. It was the “we are getting a divorce talk.” I remember the bedroom and the bed we sat on with its putrid ugly yellow sheets. My father had an armoire that held all of his “cool” stuff. Probably the same place he placed his drugs, the ones that would weeks later rip him out of my life. That talk would leave an imprint on my life.

I carried it around with me like a 200-pound appendage.

My last memories of my father were of him saying, “You can have Rachel and I will take Jennifer.”

A few weeks later he died. I carried the burden of his poison laced words with me, the words that a five year old hears, in five-year-old comprehension.

For years I’d ask my mother why?

Why didn’t he think I was worth taking, loving, or keeping? She always made excuses for him. None of them ever took it away. His words became my inner voice.

I am a mother now. I have the choice now. As I read the post on Facebook it knocked me over.

“How you speak to your children becomes their inner voice.”

I couldn’t breathe when I read it.

I have to make sure that their inner voice is one that says: I am loveable. I am wanted. I am smart and kind. I am heard. I am special.

This is a challenge as the mother of one child with a rare genetic disorder and autism, and another child with ADHD and a mood disorder. It’s a major battle sometimes to remember to breathe, and sometimes, just to conquer minute by minute of the day.

I have not been the most gracious mom over the last six months. I am depleted in every possible definition of the word. I have had more than my fair share of ugly mom moments, last night being one of them. I was yelling and pounding my fists, scaring even myself. Watching myself as if I were in a movie, looking at my little one stare at me as if I was a monster.

Those moments pass and we are fine, but what is the ripple that I have created inside his voice pool? Rachel, your words become their inner voice.

Your words are what they hear when they lay their heads on the pillow and fall into their dream state. I finally had that epiphinany.

“Epiphany,” the book written by Elise Ballard (also a Positively Positive contributor.) I bought it and kept wondering when my epiphany would come. I want it to be profound and earth shattering. I want the world to feel a mini earthquake when my brain finally gets it.

That isn’t even close to what happened. Instead, I lay in my bed last night and told myself to just breathe in and just breathe out, over and over again. I remembered that Facebook post I read.

My sister Jennifer often says: At the end of your life when you ask one final “what have I done?” Let your answer be “I have done love.”

At the end of my life when my children say their good bye to me they will say, She did love. She gave me my voice. @manifestingmom (Click to Tweet!)

Rachel Pastiloff is an author, yoga teacher, amateur chef, special needs advocate, and mother living in Atlanta, GA with her husband and two sons. In 2009, Rachel’s oldest son was diagnosed with a rare genetic disorder called Prader-Willi Syndrome, with a diagnosis of autism to follow. The diagnosis was traumatic and forever altered the course of her life. Rachel has made it her mission to educate the world about children who have special needs and their parents and caregivers. For more on Rachel visit her blog, her studio or follow her on Facebook and Twitter.

Rachel will be assisting her sister (fellow Positively Positive contributor Jennifer Pastiloff) on a Retreat in Costa Rica at the end of March and again in Tuscany is in July 2014.