The Technology Revolution and Its Role in Our Lives 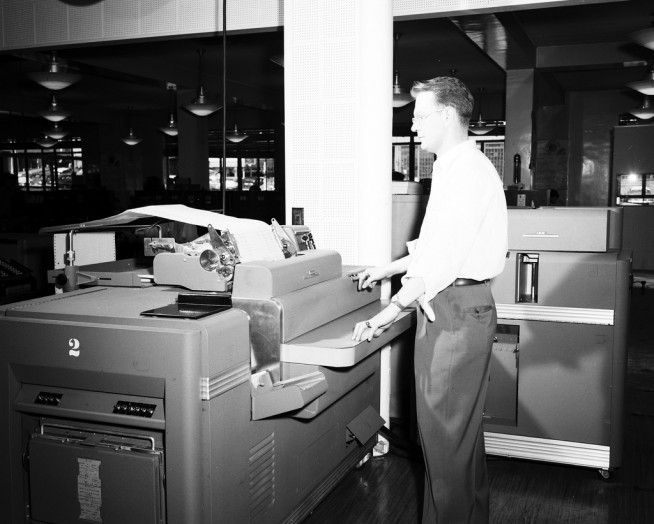 Personal growth takes on a whole new meaning in light of massive global changes never before seen in human history. The answer to “what do you want to be when you grow up?” may not exist for many of our young children today, as they will be working in jobs that have never been created before. Who knew twenty years ago that there would be “an app” for everything and you could carry dozens of them all with you on your phone?

We can look back to the Industrial Revolution for clues of how our societies transform with the advancement of technology. As mentioned in the recent issue of The Economist, a hundred years ago one in three American workers were employed on a farm. Today less than two percent of them produce far more food.

During the Industrial Revolution, factories and machines replaced many jobs, and increased productivity. The same is true with this new wave of innovation – some jobs are shrinking or will disappear completely, as new ones will be created.

Take for example, the once great company Kodak, which at its height employed over 145,000 people. Kodak filed for bankruptcy only a few months before Facebook purchased Instagram, the then eighteen month-old photo sharing company, for a whopping $1 billion dollars. It is hard to fathom that Instagram had 30 million users and a staff of only thirteen people when it was purchased. (The Second Machine Age).

Just imagine for a moment some of the interesting conversations that will be sparked by the question, “What do you do?”

While startups like Instagram, Airbnb, and Uber – all services that my kids and their friends now use – are disrupting traditional forms of businesses, they also create new jobs and models in their industries. Of course, it takes time for the marketplace to adjust to this shift. For example, Google, once a small startup, now employs 46,000 and has a tremendous presence in our modern lives.

Old assumptions about a typical career track are also changing. A recent survey of 12,000 people aged between eighteen and thirty in twenty-seven countries, interestingly shows that more than two-thirds see opportunities in becoming an entrepreneur. This shows a dramatic shift in the way youth see their future unfolding. The economic crisis that began in 2008 has also added to the lack of trust for many in being able to find a good conventional job. With the high unemployment rates around the world, millennials feel they have nothing to lose by forming their own startup rather than joining an established company.

So how do we prepare for this major transition?

It appears that education and re-training will take a much bigger role in our lives. Investing in education will be even more important as it creates a new supply of skilled workers ready to meet society’s demands. Many will take online courses, go back to school or take private classes to ensure they are learning the skills needed to make a job transition.

It is estimated that forty-seven percent of job categories will become automated in the next decade. Therefore, it will be increasingly important for people to distinguish themselves from computers. Some suggest that future curriculums should reinforce the importance of critical thinking rather than rote learning. Jobs in more emotive fields requiring more cognitive dexterity, such as counseling and other human services, may expand as well.

As Reid Hoffman asserted in his best-selling book, The Start-up of You, “people ought to treat themselves as a start-up.” This means that we need to develop a high tolerance for ambiguity and a readiness to redirect or adjust our course with the changing environment.

Studies have also shown parallels between startups and successful innovators and entrepreneurs. It appears that there are three key characteristics that most entrepreneurs share: openness, conscientiousness, and agreeableness. In David and Goliath, Malcolm Gladwell states that innovators have to be open in order to imagine things that haven’t existed before. But, they also have to be conscientious and bring a level of discipline in order to bring their ideas to fruition. What is more startling though is that innovators rate quite low on the agreeableness scale. This is simply because they need to be willing to risk social disapproval in order to challenge prevailing ideas.

These findings apply not only to the business world, but also in the most important enterprise of all – our life. The challenge is to think of ourselves as permanently in beta; constantly evolving and adjusting.

Angella Nazarian is a bestselling author and noted speaker. Both of her books Life as a Visitor and the newly released Pioneers of the Possible: Celebrating Visionary Women of the World have become bestsellers for the publisher and have garnered glowing reviews from Arianna Huffington, Tina Brown, Martha Stewart, and Diane von Furstenberg. To learn more about Angella, visit her website and follow her on Facebook and Twitter.