The Three Ways to Find Success 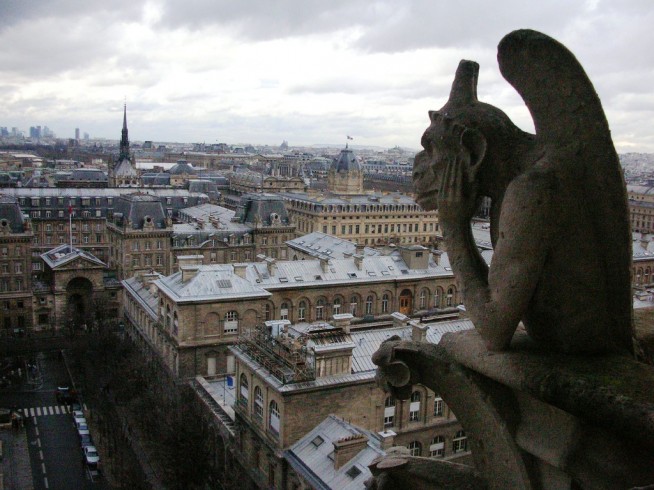 Yesterday I spoke with Wayne Dyer on my podcast. The guy has sold over 100 million books.

He’s like JK Rowling times five. And instead of being about a boy magician, all his books are about how people can find their own self-reliance in a world that tries every day to imprison them.

There was one thing he said about success that really stuck with me. We spoke for about an hour. He was in Hawaii, relaxing and looking at the ocean. I was in the middle of a blizzard here.

I told him I thought it was quite annoying that was the situation but he just laughed. It was, after all, the situation.

He told me there were three ways people typically find success. Where success is not necessarily “financial” or the achievement of a specific and mythical goal.

But success is an ongoing theme of motivation and improvement in one’s life. An ongoing theme of peace and appreciation for the current moment (“we are always right now”) rather than always chasing for happiness in some far off distant moment beyond the horizon.

I asked him what the three ways were. I’ll write them here but they, and many other things we spoke about over that hour, are in the Feb 21 podcast.

A) SUCCESS THROUGH SUFFERING

We all have periods of our life in the past where we’ve hit a ditch. Where things seem so bad we can’t go on any further.

During those times I didn’t see any good that could come out of any of it. I was beaten. I was broken.

Wayne said that some people go through life saying, “Why me?” or “Why does this always happen to me?” Or they use these periods of suffering to develop excuses why they can’t move further in life now.

This is bullshit, he said. (No, he didn’t say that. I just said it but pretended it was him.)

Other people, he said, learn to appreciate these past moments and say, “if not for the lessons I learned when I was suffering, I wouldn’t be here right now, enjoying the life I have right this very second.”

That is the first path to success (or “enlightenment” as he said but I think “success” is a good word as well, as long as you take away the pure monetary connotations that word is sometimes conflated with).

B) SUCCESS THROUGH OUTCOME

Every obstacle can either block us from continuing on the path, or can be a way we can learn to grow by moving past the obstacle.

The good thing is: we get to CHOOSE. Every step of the way, we get to choose if we let obstacles stop us or if we use them to learn, to develop skillsets to move around the obstacles, and to develop a mindset that obstacles are to be welcomed as opportunities for growth and learning.

Today it snowed in the Northeast. I had important meetings in the city. But I had to cancel them all. Instead, I got to read, rest, write this post, write other posts, and work on rewrites for my next book. Things move on. In an hour I see my daughters a little bit earlier in the day than I thought.

Not that I am so great I don’t blame the weather, and curse the snow, and hate the cold. Sometimes I do. I wish I were in Hawaii. But I’m not.

You don’t have to know what your purpose is. And it’s not like it’s written on some tablet 500,000 years ago: James’s purpose is to write some blogs and fail at some businesses and cry a lot like a little baby.

I think what Wayne means is that to live life as if there is a higher purpose guiding you.

You can always trust that it is there. Like The Force in Star Wars that Luke learns to surrender to.

Your brain, which is a tiny part of who we are, doesn’t have to know what your purpose is. The brain is the raft, but we are on top of the raft guiding it through both stormy weathers and calm.

Knowing that our preparation, and here is where I will bring in the daily practice I often write about: physical health, emotional health (being ONLY around people who you love, who you respect, who respect you), mental health (constantly working on your idea muscle), and spiritual health (ABG – always be grateful) – this will be a guarantee that you will ride out your purpose in this life.

I always tell people: every six months since I started doing this, my life has been completely different. COMPLETELY.

I would never have guessed or predicted. So I have given up on predicting where my life will be six months from now.

If I follow my daily practice I trust that no matter what happens, I will ride through it safely and come out better on the other side.

Later today, my podcast with Ylon Schwartz comes out on itunes.

I remember a day when he and I were in court together. He was in big trouble.

He couldn’t afford a lawyer at all so I went out there to provide some support and was the only friend who showed up. He was in debt, he was scared, and the judge specifically told him he could go to jail, particularly when we were laughing too much in the back of the courtroom.

Afterwards he was depressed: How am I going to get on this plane tomorrow to go to Las Vegas and play in the World Series? How can I do this?

On the podcast we spoke about what happened. I think you will like it because we’ve all been outside that courtroom, waiting for the next day’s plane.

Meanwhile, I’m going to take care of myself today. And find success through purpose.