5 Steps to Turn $25 Into the Company of Your Dreams 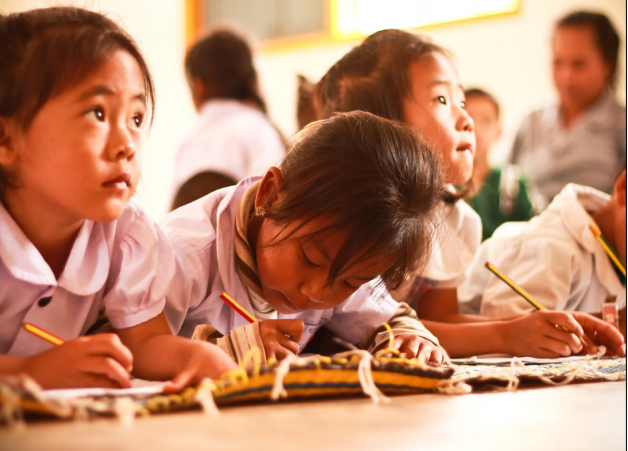 Publisher’s Note: At it’s core Positively Positive is about sparking the best within each of us and to remind ourselves that we each have our own story worth telling! This is what Adam Braun’s new book, “The Promise of a Pencil: How an Ordinary Person Can Create Extraordinary Change.”, is about at it’s core. Adam’s journey transports us throughout the globe in this page-turning book that reminds us that the impossible IS possible. Adam’s writing is so engrossing as he shares invaluable “down-to-earth” self empowerment tools along the way. “The Promise of a Pencil” is my favorite book of the year and I HIGHLY suggest you pick up a copy today. — Eric Handler, Publisher & co-founder of Positively Positive

In October 2008, I opened a new bank account with just $25. In just over five years we bootstrapped that meager deposit into an organization that raises millions annually and has broken ground on more than 200 schools around the world. How did it happen?

1. Find a no-cost method to raise from friends and family.

Your first step to growth means finding early adopters, usually within your network of friends and family. A gathering or launch party is great, but find a venue that won’t charge a rental fee if you throw your event on an off night. Alternatively start a Kickstarter, Indiegogo or Crowdtilt campaign. There are plenty of methods to not have to put up the risk capital, so take advantage.

2. Do the small things that make others feel big.

My secret weapon in our first year was that I spent $100 on VistaPrint.com to buy forty sets of inexpensive business cards for those who were volunteering to work on Pencils of Promise. These business cards barely cost me anything but enabled those who would normally spend very little time on an organization like ours to feel real ownership and responsibility over PoP’s future.

Never underestimate the importance of little things, even when you are dreaming of big steps. @AdamBraun
(Click to Tweet!)

3. Asking for permission is asking for denial.

Sometimes it’s necessary to forge forward rather than wait for layers of bureaucracy in early-stage, nimble ventures. Companies like PayPal and Uber, for example, offered services that existed on the fringe of emerging industries when they launched, but because they provided something that people were interested in, they were allowed to operate and put the pieces together later.

When asking for anything at a reduced rate, find the decision maker in that company. Often times, members of the leadership team can authorize the types of big requests that you will be asking, which others in the ranks cannot. Don’t accept ‘no’ from someone without the authority to have said “yes.” I once offered to fly anywhere in the country if the CEO of a digital agency would give me thirty minutes of his time because I knew that my friend who worked there was too junior to authorize the deal I wanted. Much to my surprise, the CEO gave me a call that day, and within a week he’d committed $150,000 in pro bono resources to build our first major website.

Accept that you are flawed, and that’s a good thing. No one likes someone who claims perfection. Express your weaknesses to people who are closest to you. This enables them to help you overcome your insecurities and grow as a person and a leader. By leaning into your failures, oftentimes you’ll find that they can be transferred into your greatest strengths.

Adam Braun is the Founder of Pencils of Promise,the award-winning organization that has built more than 200 schools around the world, educated more than 20,000 children globally and was named at a showcase held at the United Nations as the “2013 Education Organization of the Year.” His story of turning $25 into more than 200 schools and the guiding steps for any person to create a life of success and significance are captured in his new book, “The Promise of a Pencil: How an Ordinary Person Can Create Extraordinary Change.” You can follow Adam on Twitter or find out more info at his website.

Image above courtesy of Pencils for Promise.