Ode to the Entrepreneurial Spirit: An Apology to 9 to 5r’s Everywhere 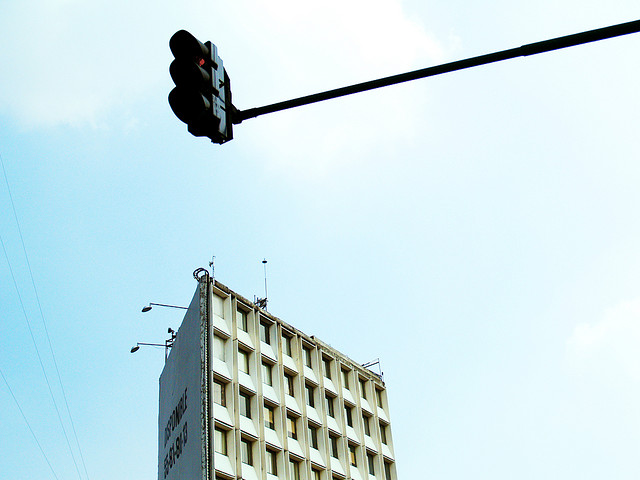 I think an alarming number of us are indeed Zombies, as Everett Bogue puts it.

I rode the Metro in Washington, DC for three years and all it takes is one week riding next to depressed and frazzled government commuters in their too tight Dress Barn suits and crappy ties, eating on the go, looking vacantly into the dark tunnel to conclude that, Yep, 9 to 5 is a special kind of hell and the residents are too tired to escape.

Around that time I came into a lot of contact with Navy Admirals and Pentagon folk. As a vegetarian, apolitical Canadian with crystals tucked into my bra and the Law of Attraction as my secret weapon, I wasn’t too stoked to meet Colonel and the boys. I reeked of judgment. But now I can tell you from experience that the Pentagon is peppered with enlightened men whose primary intention is to make the world more peaceful. They believe in universal intelligence and they’re remarkably open-minded. I even knew a vegetarian Commander. So the joke was on me. The human spirit thrives everywhere.

And the entrepreneurial spirit thrives everywhere — even in cubicles and factory lines.

I’ve been waving the great flag of work-for-yourself freedom for years. Bust out! Crush restrictions! Define life on your own terms! Creativity sovereignty or death! I’m a midwife of the strategies that make freedom dreams real — and proud as any Baptist or Marine about it. Righteousness is beautiful, dangerous territory.

There’s so many of us eff-the-system cool kids with platforms now, it’s giving me cause for some pause. I see the potential for divisiveness. Superiority. J-o-bs vs. Careers. Ninjas vs. Suits. Artists vs. Civil Servants. I think the freedom message is evolutionary. It’s sacred. And we need to stay anchored to the pure intention of it.

Is someone working at Cisco or ABC Tool & Die missing out on the good life? Are line-workers and 9 to 5r’s less daring, less free, less…entrepreneurial? I used to think so. I apologize.

I know executives who are profoundly liberated in how they bring their gifts to the world. I know people who work for themselves in such a punishing way that they may as well be working for The Man.

It’s the entrepreneurial spirit that I want to foster.
Inside the system and out.
Everywhere.

Mike Rowe, host of the Discovery Channel show Dirty Jobs sums it up in this TED talk. His masterfully told story begins with a tale of castrating sheep, winds through some Greek philosophy, and lands on the war on work and this insight:

“Clean and dirty aren’t opposites, they are two sides of the same coin. Just like innovation and imitation, risk and responsibility.”

When we peel back the labels, and the job titles, and being cool, all work can be an opportunity for liberation. @DanielleLaPorte (Click to Tweet)