The Tooth Fairy And Other Lies 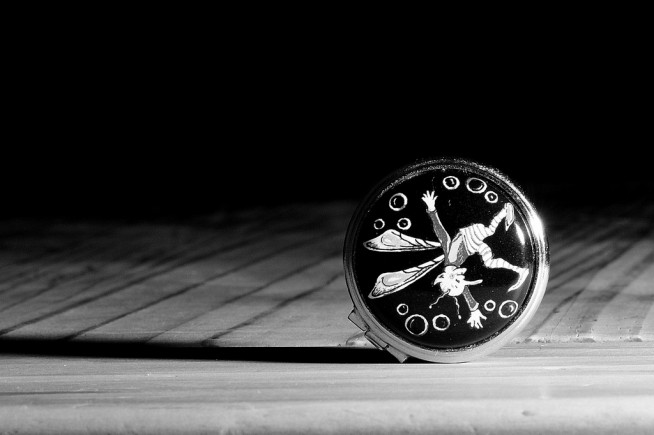 “So, we’ll put your tooth under your pillow and when you go to sleep the tooth fairy will come and she will take it away and leave money to say thank you!’

Ah, the magical world of being six years old and thinking the universe is a playground where Father Christmas hangs out with the Easter Bunny,  Dorothy clicks her heels three times and she gets to go home whilst Aladdin has a little chat with his magic lamp and lo and behold – wishes come true.

It’s all such an adventure. We grow up believing in mythical creatures and marvelling at the lives of legends who slay dragons and conquer demons in faraway lands.

Then, as we grow older we find out that these fictional characters are not in fact true. We realise that there is no land of make believe and that Santa doesn’t pick up the Am’Ex bill after all. Perhaps initially we feel cheated, short changed somehow. Maybe slightly confused. We’re raised to tell the truth, taught that lying is wrong. And yet as children there are a whole myriad of myths that we build our worlds on, reassured by the fables of good versus evil, feeling protected by the warriors that defend our planet and save our people.

As adults there is little room to indulge in the fantasy world of our younger years. Reality deals us a swift kick in the form of mortgages and bills and a whole host of other grown up worries. Escapism is sought at the bottom of bottles and we live for the two days at the end of our week when we tell ourselves that we’re doing it right.

Even if it feels all wrong.

We are dazzled by career choices that tell us we can have that house, that car and that fat slice of happy that comes along with the twelve plus hour day and the inability to be too far from our smart phone.

Isn’t that a much bigger lie than the tooth fairy?

Recently I had a fleeting visit to the financial district in London where I worked up until a few months ago. Just a brief outing back into the quarters that I once inhabited was enough to remind me of everything that felt utterly wrong whilst I’d stayed chained to the corporate brain. Being told that I had to look a certain way, clone myself in the same style gene pool as the cardboard cut outs that infiltrated my every space never felt right for me.

When does life stop being a beautiful adventure? When do we decide that we’d actually create a reality we’d then do anything to escape? Why do we stop believing in Bert and Ernie yet let ourselves be puppets in the professional sense?

Peter Pan never wore a pinstripe suit and I’m damned sure Tinkerbell wouldn’t have got down with that.

The truth is reality isn’t always the cherry on top delight that we’d like it to be. And sometimes to get through the days (and nights) it helps to believe in something more enchanting than spreadsheets and slow computers. So why not let ourselves believe in castles in the air and stop shunning the wild and whimsical?

There is, and has always been, darkness and light, sorrow and joy.

And there is, and always will be, magic and wonder.

Let’s not stop telling the much loved stories and fables just because we think we’re old enough to know better. Let’s keep the love alive with fairy tales and fantasy, because it’s not just children that want to believe in happy endings.

Let’s think less in lies and more in possibility.

Let’s immerse ourselves in fanciful fun and shape our reality on illusions that lighten our being and brighten our world.

And if you do happen to see the tooth fairy, tell her that the seven dwarves send their love.

Skylar Liberty Rose is a big believer in the healing power of creativity and the freedom found in living your truth. She is a writer, street photographer and yoga teacher with an emphasis on manifesting dreams through action and visualisation. Skylar is an advocate of stripping away layers of conditioning and instead discovering the person you are truly meant to be. She is inspired by souls with spirit and courageous hearts. She is currently living in London, and about to move to New York City. You can follow her on Twitter, FB, and her blog.