Is Your Circle Keeping You Boxed In? 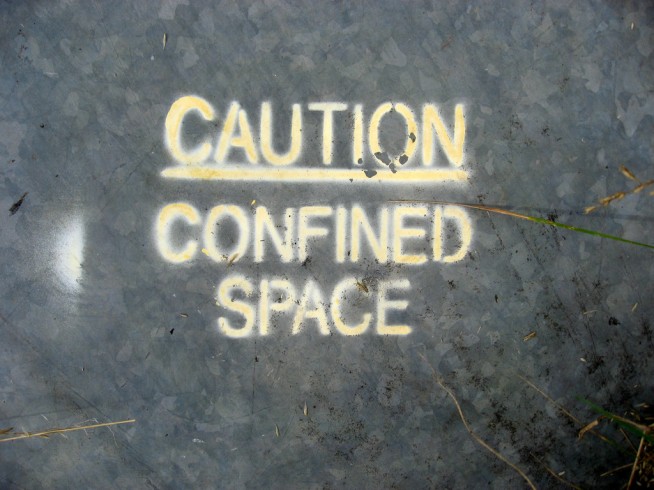 I had an epiphany today. Today was the day I finally decided to go on a fast– a social fast! This has nothing to do with carbs, fruits, vegetables, juices or any kinds of food or beverage. The intention is not for weight loss or for six pack abs. My aim is for good mental health and emotional security, therefore I am challenging myself to limit my internet interaction for personal pleasure.

Truth is, internet interaction is as much a part of my daily life as it is 98% of everyone I know. I’d grab my phone and scroll through social media platforms, news apps, entertainment sites and wellness blogs. I’d check in between meetings, during my son’s gymnastics practice, before a coaching session and sometimes right before bed.

As time consuming as it may have been, my perceived obsession with being a social butterfly wasn’t my issue– the perpetual negativity was.

Every time I logged online, I had to navigate my way through the immutable “I hate everyone” posts, the misleading “….how to lose 20 pounds in 20 days” fad diets and the “Why Solange attacked Jay-Z in the elevator” theories. Not to mention the countless TMZ updates about Kim Kardashian and Kanye West’s wedding plans.

In an attempt to rid myself of negativity, I’ve decided that limitation without exclusion was the right course of action.

I understand it’s human nature to have an interest in what’s happening around the globe. There is also a significant importance to the well being of distant relatives and close friends. Also taking into account the evolution of social networking and how it has provided immediate access to the everyday lives of everyone from media moguls and celebrities to working class citizens and students.

But the more time I spent perusing around other peoples lives, I started to feel an emotional attachment to them. It was almost as if I was using their problems as a way of accepting my own. It was beginning to strip away my creativity and detain my serenity. I was becoming an active participant in the inception of peoples’ destructive thinking, including my own.

Out of the thousands of people I interact with daily, I have a personal relationship with less than a quarter of them. What shocked me was when I realized that many of the people I associated with personally, were actually the ones spewing the most negativity.

I started to question my judge of character. I began thinking, these are people that I’ve known for years. Some of which I’ve dated, shared secrets with and even cried with. So why I was beginning to separate myself from them? What was happening? There was no bad blood between us that I was aware of, I guess I just lost interest.

Who had I become? As much as I am enamored with consistency, I realized years ago that change is inevitable. But had I really changed that much?

A few years ago I was diagnosed with Generalized Anxiety and Panic Disorder. In a matter of months I went from a normal twenty-six year old, to a man struggling with an unforeseen addiction to anti anxiety medication. During that time I also survived an accidental Vicodin overdose, contemplated suicide and lost complete control of my health. In an attempt to save my life, I had to drastically change my life.

The idea of shifting my concept of normality quickly evolved from fear to necessity. My focus was repositioned and my interests started to change. I was now fixated on healing, caring more about organic whole foods, green juice and yoga than nightclubs, parties and insignificant gossip.

As years passed, my fight continued (and remains to this day). Despite the lost battles, I eventually made the successful transition from drug addict to healthy healer. I started writing about my experiences and sharing with the world my new found passion for a healthier existence.

As I was helping myself I was helping others simultaneously. I was coaching people on how to become a better version of themselves. I was changing lives, sculpting bodies and helping others restore the faith they had once lost. I acquired supporters, made a few new friends and loved every minute of it. For the first time, people encouraged my dreams. They took the time to understand my struggles and applaud my progression. They didn’t ridicule my weaknesses or try to capitalized off my vulnerabilities.

While my life continued to change, I started to notice a few of my so-called friends beginning to do the same, but not in the same way as me. The dynamic of those relationships became one sided, with me carrying most of the weight. General conversations were becoming less frequent and calls to just say hi were nonexistent.

Most conversations started with “I have a few health questions. Do you have a minute?”

Initially I didn’t see an issue so I was more than willing to answer any questions they had. But when every email, text or phone call ended up as a health consultation, I knew there was a problem. When I was providing everyone with the the answers they wanted, I was the greatest man in America. But the minute I became less involved, focused on self preservation and connecting with people walking a similar path as my own, I was hit with two of the most powerful words known to man– you’ve changed.

A few years prior I would’ve taken offense to that statement, but this time was different. This time I accepted it and was damn proud of myself for doing so. I didn’t overcome addiction, depression and an anxiety disorder to remain in the same place, nor was I going to allow the people around me to make me feel as if I was wrong for wanting better. My intention was to change and that’s exactly what I did.

I refused to let other peoples inability to see the positive transition in my life, negatively affect the perception I had of myself. As I started discovering my purpose, things became a bit clearer.

It was time for me to step from under the dark cloud that was plaguing my delight. It was a transition I so desperately needed.

I guess I was tired! Tired of being taunted by those claiming to support me. Sick of giving advice that no one intended to use. Fed up with answering questions they already knew the answers to. None of them were making a deposit into my life, all they did was withdraw and my well was running dry.

I realized, in order to begin a new chapter I needed to close the one I was in. @quentinvennie
(Click to Tweet!)

There is power in positivity, possibility in visualization and influence in manifestation. The energy around you has a large impact on your journey and sometimes you need to walk away from people so you can uncover the real you. Remember, you are the average of the people around you. Choose wisely!

Stop letting your circle box you in. Be free to explore the truth that exists within you. Only you can determine the outcome of your life. Live it with no limits and love it with no exceptions.