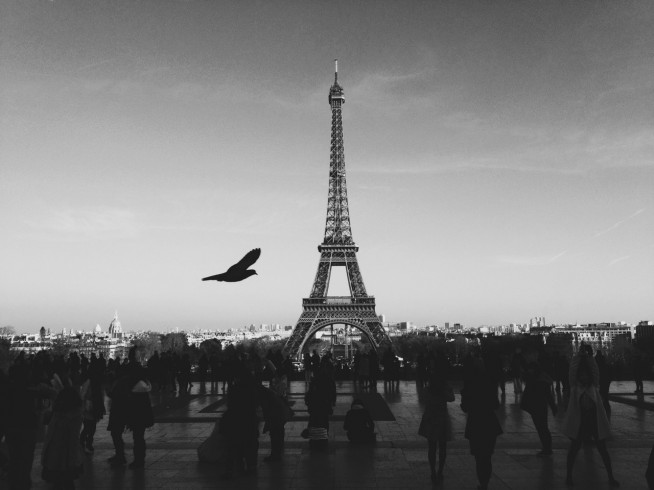 When I was young, someone asked me if my parents were Republicans or Democrats, so I went home and asked them. My mom said she was a “breast-feeder” and didn’t have time for anything else. Dad’s response was a perfect example of what it means to be unattached (in retrospect, Mom’s was, too—ha!). He said that he was neither. He didn’t want to be labeled as one or the other because he didn’t want to have to defend the party position or vote for whoever was running for that party. Instead, he said that he would cast his vote based upon who was running and with whom he generally agreed.

A mind that is open to everything and attached to nothing operates just like that; it isn’t blindly stuck on labels or positions for their own sake.

Whatever beliefs I developed, whichever political party I sided with, whomever I chose to date or marry—none of that concerned my parents. My life was always completely up to me. As long as my siblings and I were safe, happy, and healthy, they encouraged us to develop our own personalities, opinions, and desires.

You might imagine how freeing it was for us as children to know that we were loved regardless of our choices or our flaws. You’ve seen those bumper stickers that say, I AM THE PROUD PARENT OF AN HONORS STUDENT, right? Well, growing up, our family minivan had a bumper sticker that said, I AM A PROUD PARENT UNCONDITIONALLY. This was a funny outward sign of what all eight of us knew: that our parents loved us no matter what. And that was the best gift they could have given us.

Had it not been for my parents, I might have been put in special schools or institutionalized when I was little, or I could’ve even died. That Mom and Dad have never stopped showering me with unconditional love and understanding has helped me heal on a level that is hard to explain. I know I have a purpose here on this planet. Finding that purpose may mean staying open to things that seem impossible or strange; at the same time, it means remaining unattached to the outcome.

For me, the first part is relatively simple to understand: Be open-minded. Be willing to try new things and to accept others’ idiosyncrasies without judgment. This isn’t always easy, and it takes practice—but I believe it is about honoring each individual’s path and knowing that everyone is doing the best they can with where they are in life. When I find myself wanting to judge someone for their way of living, I try to remind myself of what Friedrich Nietszche said: “This is my way. What is your way? The way does not exist.” When you’re part of a family with eight kids, adopting this philosophy is better than always being angry with someone!

Being attached to nothing, on the other hand, is not so simple —at least not for me. When I first heard this phrase as a child, it seemed like such a foreign concept. But over the years I’ve come to realize that it means letting go of any preconceived beliefs or ideas we have about the way life should be, how things should go, or how others should act or live.

Being attached to nothing does not mean we have no attachments; it means we don’t get caught up in the outcome of things.

It’s about being present in the now, knowing that there is a lesson in everything we experience in life. @serenadyer (Click to Tweet!)

Trying to control and manipulate life so that everything happens just the way we like it would be like trying to stop the earth from spinning on its axis. By being attached to what may or may not happen, or to the way we’ve always done things, we take away the great gift of living in the moment.

It has taken me a long time to understand that on Monday I might feel one way, but I can’t assume I’ll still feel that way on Wednesday. Because in between, there is Tuesday! And you never know what another day will bring. When I think something like I am this way and always have been; it’s just who I am, and I can’t change, I am literally limiting the experiences I can have in my life. I don’t know about you, but I wouldn’t allow my 15-year-old self to buy all the clothes I’m going to wear for the rest of my life. When I was 15 I was wearing tube tops as skirts! So why should I allow my 18-year-old or 22-year-old self to determine the beliefs I’m going to hold or the type of career I’m going to have for the rest of my life?

This same logic applies to relationships. Couples that get divorced and end up being friends afterward are usually couples who understand nonattachment. They get that they both changed, in directions that were no longer compatible with the person they were with.

I myself am engaged, and I don’t know if I would get married if I lived in a country where divorce wasn’t legal. I am in love with my fiancé, I want to marry him, and I want him to be the father of my children. But what if we don’t feel that way at some point? I have every intention of loving him for the rest of my life, but what if? What if one day we no longer love each other in that way? Should we stay together because that’s what society thinks we should do? What if he were to meet someone else and fall in love with her? I wouldn’t want him to stay with me if he were in love with someone else; not for my sake, our future children’s sake, or anyone else’s. I only want his soul to be free to do what it came here to do, and the same with my own. Feeling that way toward him is the greatest love I can imagine giving him.

My best friend, Lauren, always says that at the end of her life, if she hasn’t been married at least four times she will be disappointed in herself. She is (mostly) joking, but I love her belief that if she hasn’t fallen madly in love with someone to the point that she wants to marry them, she hasn’t allowed herself to love madly and passionately. I don’t have such lofty goals—one marriage sounds fine for me—but I love hers nonetheless!

*Excerpt from Don’t Die with Your Music Still In You.

Serena Dyer is a south Florida native who loves travel, adventure and trying new things. Passionate about human rights, Serena recently completed her Master’s degree at the University of Miami, focusing on human trafficking. Serena is traveling the globe and blogging about it while also maintaining her hobbies of cooking, reading, working to combat human trafficking, and being with her 7 brothers and sisters! Serena has co-authored a book about growing up with spiritual parents with her father, Dr. Wayne Dyer, called “Don’t Die With Your Music Still In You” which will be released June of 2014. Serena lives in south Florida with her fiance. You can follow Serena on Twitter.