12 Simple Things You Can Do NOW to Protect Animals!

From Our Community | Giving, Inspiring, Living 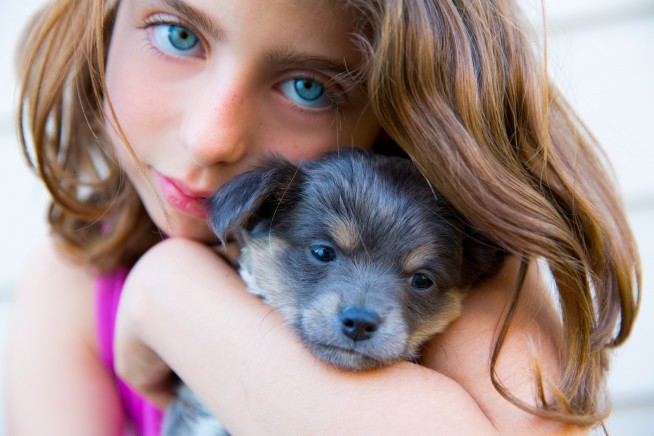 Animals remind us that all beings who walk, stand, swim, crawl, or fly are radiant, mysterious, and unique expressions of the Source. Every species, every culture has its own genius. Our human “species-specific genius”—our ability to protect and serve nature and the other beings with whom we share this world is desperately needed now. To see a problem and fix it utilizing our individual gifts that are alive in “the eye of your heart” is what the human heart aches to do.

Often in my conversations with people, they express feelings of helplessness saying “the problems are so overwhelming” and how can their efforts possibly make a difference?

Who can judge what one act of kindness will birth? Gandhi once said, “What you can do in response to the ocean of suffering may seem insignificant, but it is very important that you do it.”

Every day people are making a difference, creating change in their lives that positively impacts animals and nature. Change comes from dedicated, ordinary people, in the trenches, serving a cause greater than self.

The bald eagle has been our national symbol since 1782. The eagles were on the brink of extinction in 1973, and people spoke of the impending disappearance of this magnificent bird. From the 1930s to the 1960s, the combination of hunters, sheep ranchers, and DDT insecticide sprayed on crops decimated populations in the US and the birds became increasingly in danger of extinction. DDT, which was banned in the US in 1972, made its way through the food chain and caused eagle eggshells to become thin and the eggs to be sterile.

The eagle was saved through the efforts of brave individuals who spent their Januaries tramping around the frozen Midwest looking for a single eagle’s nest that remained. In Iowa, their hope was to save the eagle by finding and protecting any viable eggs they could locate in a nest, then incubating them. Even the most optimistic enthusiast could never have predicted the resiliency of the birds and the success of their comeback. In Iowa, environmentalists set a goal of ten or twenty nests by 2010. In 2011, federal staffers had lost count at 254 nests. The birds were removed from the endangered species list in 2007. Because of dedicated souls who marched through winter cold and snow, when we look up at the skies we can still see eagles. The eagles’ return is a reminder of how a few dedicated people can change the future of a species, or an ecosystem.

Listed below are simple things we can all do to improve the quality of our own lives, helping animals and our environment:

1. Be a voice for the voiceless; speak out against any injustice to animals you encounter.

2. Recycle: when choosing packaged goods, choose those with little or no plastic wrap.

3. Pick up litter wherever you go, especially in or near water, where litter can easily end up around the neck of a bird or embedded in a wing.

4. Do not spray pesticides and chemicals on lawns. Do not use bug zappers; they kill harmless insects that are food for birds, bats, etc.

5. Garden for wildlife, plant perennial gardens instead of grass. They attract birds, bees, and butterflies.

6. Feed local birds. Remember in the winter to continue feeding as they will depend on you as a source of food. Feed until late spring.

7. Keep your cat indoors. Vulnerable native birds are prey. Estimates say as many as five hundred million birds are lost each year to cats in North America. The rising population of feral cats increases the loss of birds and small mammals per year to about 3 billion.

8. Adopt a pet, or donate your time or money to a shelter or animal sanctuary. Do not support puppy mills, or breeders, when millions ofdogs and cats at shelters need homes. Euthanasia of often healthy, unwanted dogs and cats under the age of two years of age in the US is the number one cause of death – about 4 million dogs and cats per year.

9. Plant trees. One tree can soak up as much as forty-eight pounds of carbon dioxide in one year and produce enough oxygen to sustain two human beings for life.

10. Drive slowly and when driving or walking if you see an animal lost, in distress, or wounded, stop and help – do not assume someone else will.  Learn in advance which facilities in your area help animals in distress. If you rescue an animal you will know where to go.

11. We can become wildlife helpers when we join forces with other people. Everywhere I go, I meet individuals who work tirelessly in their communities to help animals – seek them out and help any way you can.

12. Eat less (or no) meat. Read the book Dominion by Matthew Scully. If you eat meat, take a moment before each meal to honor the being who gave his or her life for you.

Dr. Linda Bender has worked for over 14 years as a doctor of veterinarian medicine, often from the front lines and in the trenches, around the world to rescue wildlife while advocating for endangered species and their habitats. She also started one of the first Pet Therapy programs in Cincinnati as part of their state mental health program. She has now dedicated her life to educating and advocating on behalf of animals around the globe. She has become a leading voice for those who are voiceless. She is founder of the non-profit charity From the Heart and author of the book Animal Wisdom: Learning from the Spiritual Lives of Animals. Her work has been endorsed by Dr. Jane Goodall, Deepak Chopra , Rupert Sheldrake and many more. You can find more info on her website, FB and follow her on Twitter.