You Came To Ride The Train 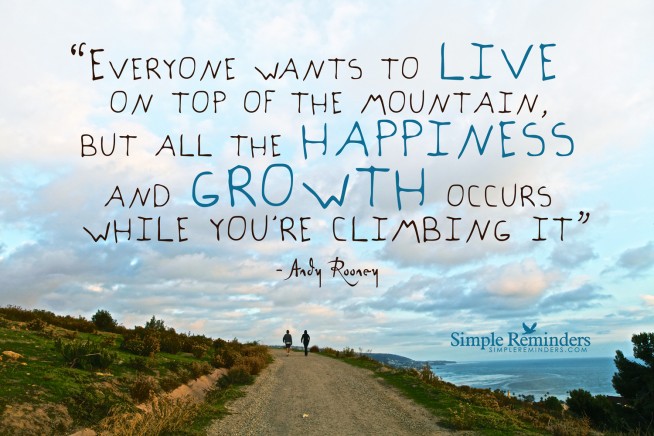 These vehicles vast like the hollows of a secret stuffed inside a wooden leg ignite in me something. I can’t name it yet. But I’m on the train, I’m moving. Just because I can’t name it doesn’t mean it doesn’t exists. Beauty I’d like to call it but that seems simple.

The saddest family I have ever seen sits across from me. A Pakistani man, with each of his children on either side of him, an arm around the boy and an arm around the girl. He leans over and kisses the little girl’s braided head. She is tall and leggy, maybe ten, maybe twelve, hard to tell, she is so long. The boy is older. They both have downcast eyes.

I make up a story. It goes like this: Their mother has just died.

I want to fix it. I offer chocolate. It’s all I have. The girl looks up and smiles, and then they all smile, and with a semi-Birtish accent the father says she doesn’t take chocolates. I joke and say good thing, you shouldn’t take candy from strangers anyway. Plus, I think to myself how the chocolate has brandy in the middle and what was I doing trying to get some kids drunk on the tube in London, anyway?

But I’d wanted to do something.

What happened? Why were they so huddled and sad? my mind asked and searched and dug at their broken faces.

The heaviness lifted when the father leaned over to kiss the girl’s head, and also when I offered my paltry alcohol filled chocolate. A spark of life flew into the girl’s eyes and the darkness faded for a moment. Not the kind of darkness you would associate with evil or even depression but rather the kind of darkness that comes from riding the train all night without your mother. The cheap black plastic comb sticking out of the backpack that used to belong to her no longer has meaning. It can be anybody’s comb. Get that comb out of here. I hate that comb. Where is my mummy’s comb? all vacillating at once in her face like they were all true statements and questions. (They were. They are.) The kind of darkness that comes with the realization that there is no point in your father carrying around that comb in his backpack except to feel like your mother might sweep down and grab it, and you could all see her one last time, even if it is one second, that would be enough, even one half of one second, while she grabbed the comb and vanishes one last time. So he keeps it sticking out of the backpack front pocket for everyone on the train to see and when no one is looking he picks it up and carefully wipes it down. There is even a darkness in the movements of his eyes, his hands, the comb itself even, the kind of darkness that says You can keep riding the train as long as you want my beloveds, I am never coming back.

Or maybe it wasn’t that at all.

Maybe something entirely different happened. They all looked up though, when I got off the tube at Putney Bridge, and they all waved. I had wanted to stay with them and make it better. Whatever it was. There was a grief so stinking it almost knocked me out when I sat down across from them. I recognized it immediately. I’d known it before.

I’d had that thickness of the throat, the turning of the stomach, the looking down for so long at a dead person’s comb that I forgot where I was going. The staying at the waitressing job for thirteen years because I was scared to move in a any direction. The riding of the train all night. The clinging to someone, anyone really, so I felt like I hadn’t disappeared into the ether like people were capable of doing. So what do you call that?

That which tugs at your coat and scarf and all your winter England layers and says: Look at me. What do you know of this?

I know you, you say with your chocolate offering and whatever gesture you can muster, and for the brief moment before you get off the train, their world is safe. One stop and their world is un-cracked and whole. One stop. One milli-second. One half a second. Until  longer periods of time lapse and they are able to look up and get off the train for stretches of time they can’t even imagine at this point. Not during this dark hour.

What do you call this? Humanity? Connection? Knowing?

Beauty Hunting? (What my memoir is titled, fittingly.)

What it was on that train exactly, I do not know. But I do know the pits of Hell when I pass through. And I can’t stay. But I can offer a chocolate truffle. I won’t stay. I refuse. Sorry. I may have to go there again in my own world (most of us do) but for this stint, I am not staying. I am just passing through.

Today at the British Museum, my husband and I went and looked at some of the ancient Egyptian antiquities. There was this skeleton. I crouched down onto the floor and got up close, I mean really, really close, so I could see his eyes. His teeth (he actually still had teeth) and his fingers all curled up like he hadn’t been relaxed at all when he died there on the sand. The plaque said that it was the sand that had preserved him and that once tombs came along, bodies stopped being preserved in this way. The man looked so sad. He was in a glass display, curled up there on the floor and however many thousands of years later, he still looked so desperately sad. I crouched down and thought if I could only offer him chocolate he might get up and walk on out of that horrible box. His one hand up around his face like he was protecting himself and his other hand was curled up by his side. His whole body in a fetal position. Man, I get you, I wanted to tell him.

I’ve been there, curled up like that, in my darkest hour. I’ve been a ghost.

But I returned. To the land of the living. Here I am now. Look at me, I whispered, or wanted to, through the glass.

I didn’t get stuck in the sand or put in a box on display or have my pain frozen on my face for the rest of time like you did. And I’m sorry for that. Whatever your pain was.

I guess that is what it boils down to. Call it what you will. Connection, inspiration, beauty, grace. It’s feeling what others feel as if you are one beating heart without getting your own me me me in the way. It is knowing something at the core of your being and being moved by that without having it define you or immobilize you. It is saying I understand you, Family On The Train. I get you, Dead Egyptian Man.

Maybe it is just called Understanding.

That’s all we ever want most of the time, isn’t it. Understand me.

Search trains and faces and coffee shops and your house and the blue sky and the grey sky and poems and people with their selfish hearts and their big What can I do for you hearts and whatever it is that you decide to call it, this thing which I cannot truly name, tell yourself that to become a part of it all, this beating mess, is what you must do. That to go out and touch the sleeve and the comb and the heart of another is what you came here for. You didn’t come for the pie. You came for the gut wrenching love and loss and joy and pain and when you see it in another, you get it. You recognize it.

You came to ride the train.

Jen will be leading a Manifestation Retreat in Ojai, California over Labor Day as well as New Years. All retreats are a combo of yoga/writing and for ALL levels. Read this Positively Positive post to understand what a Manifestation retreat is. Check out her site jenniferpastiloff.com for all retreat listings and workshops to attend one in a city near you (Dallas, NYC, Seattle, Atlanta etc,). Jen and bestselling author Emily Rapp will be leading another writing retreat to Vermont in October (3 spots left.) Jen will be back in London for another workshop July 6 followed by Seattle July 26/27.