Are We Teaching Our Kids to Scream to Be Heard? 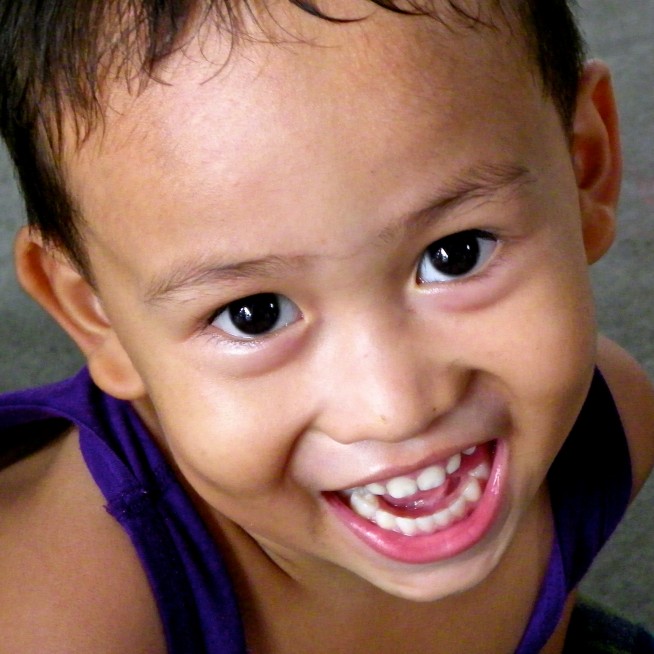 In every endeavor I try to pause and, instead of just experiencing it, I ask myself what can I learn from this. I’ve always done this, but since becoming a blogger I find myself asking, “Is this a bloggable moment? Is there something here worth sharing?”

I knew when I left for the Philippines to be a volunteer on a medical mission with Operation Smile, that I was going to write all about the experience. I knew that I also wanted to look for life lessons that sprang from the trip but were not specifically about the trip. I have dozens of stories to tell about the patients, the families, and medical folks I met.

But I was thinking, questing for, the story that was universal, that could be applied in anyone’s life.

It wasn’t until I was standing in line at customs, returning home, exhausted after twelve days of the hardest work in the hottest heat and highest humidity I’d ever experienced, that the lesson presented itself. I’ve had this blog inside me for I don’t know how long, the lesson being demonstrated again and again. It has been asking to be written, but maybe I wasn’t listening.

There was a young child in line in front of me. He asked his mom for something, but she didn’t listen. He asked again. And again. And again. She was busy with luggage and passports and her cell phone. He asked again, but this time he screamed his request. She finally listened, but now she felt justified in scolding him for screaming. Was she justified? If we don’t listen to our kids when they ask nicely, aren’t we teaching them they need to scream if they want to be heard? If their requests are not listened to, whose fault is it when their requests, turn into demands?

I pointed out this exchange to the two teenaged girls I was chaperoning on this trip. If mom had listened when the request was asked nicely, we wouldn’t have an irritated mom and a child who felt both unlistened to and wrongly scolded. It was in talking to my charges about this incident, and likening it to one I’d talked to them about back at the hospital in Pampanga, that I got my ahh moment: I know what I can write about!

Often a child’s request can be minor, but by being ignored the request becomes urgent. The child hasn’t been the one to amp up the situation. Not being listened to is what has amped it up. Their blowup may seem like a response unequal to the stimulus, but only if we think the stimulus is that they didn’t get what they wanted.

So what really caused the blowup? It wasn’t that they didn’t get what they wanted. The stimulus was twofold. On one level it’s not getting listened to, but it is also the why behind not being listened to. Inherent to having their request disregarded, is the hierarchy that puts adults above children—children as second class citizens. Had that same woman, with the screaming child in the customs line, had an adult ask her for something, she would never in a million years hear the request and do nothing, thus leaving the requesting adult no alternative but to repeat their request again and again. At the very least she would have acknowledged the request.

The sad truth is most adults treat other adults better, with more respect, than they treat kids.

If a child has a meltdown over a request and it’s the first time they’ve asked, that’s a different issue. As a teacher I have often helped a child through a meltdown by pointing out, “People don’t cry about not getting a straw” (for example), to help them see that their response is not equal to the stimulus. That said, I believe children do justifiably cry about not getting a straw when they’ve asked and asked, but been ignored.

They are frustrated and hurt by being treated like their wants and needs don’t matter.

I have witnessed, a thousand times, an adult not listening to a child. The end of that story is almost always the same. The child screams and the adult becomes angry. But if we know that will be how the story ends, are we not cognizant enough, is it not our responsibility, to anticipate that outcome and choose to act in ways to create a different outcome?

I mentioned that I’d been part of a similar situation last week at the hospital in the Philippines. In pre-op a little boy had been given a gown to wear for surgery. It was taken off of a stack of colorful gowns sewn from many differently patterned fabrics. As soon as it was handed to his mom, he said something.

Now I don’t understand Tagalog (the language of the Philippines), but I could tell he had some issue with the gown his mom was putting on him. I heard him say the same sentence several times, each time getting louder. Finally he was screaming and mom was shushing him. Her shushing was not dealing with the request, just dealing with his raised voice.

I stepped in and asked mom what he wanted. It was a simple request. One easily honored. There was a gown made of fabric covered in tractors. He was simply asking for that gown instead of the one that had arbitrarily been handed to him. I listened and got him the tractor gown. He was immediately soothed.

So, had I just taught him that screaming gets you what you want? Well, yes. But hadn’t we adults also taught him that if you want an adult to listen, you have to scream? (I’d also point out that when a choice exists and the adult makes the choice for the child without consulting the child, more often than not the kid will speak up. Is it really fair to jump down a kid’s throat for speaking up? Don’t we want to teach our kids to speak up for themselves? Shouldn’t we have allowed them to make the choice in the first place?)

In closing I want to share my favorite anecdote about the folly of adults not listening to kids. It’s one where I get to laugh at myself, a favorite pastime of mine. My story comes from an experience I had in my classroom. A little girl was crying, scared about separating from mama for the first time. I’m a bit of a Baby Whisperer so I took her onto my lap and began to rub her back and quietly sing. This little girl did not speak English. As soon as I started singing she began to say a single sentence over and over. I assumed she was saying that she wanted her mommy, so I didn’t think to have another teacher pop out into the hallway to ask mom what she was actually saying. She was expressing a need but I didn’t listening. After about five minutes of my softly singing and her becoming more agitated, not less, with her continuing to scream that single sentence again and again, mom came into the room and looking a little sheepish said, “She’s saying, ‘Please stop singing.”

Ruth Kaiser is a children’s author, teacher, artist, and speaker about Happiness and Gratitude. She is also the creator of Spontaneous Smiley, a joyful global community of online friends sharing much more than just found Smiley Faces. Through Spontaneous Smiley, Ruth has been able to spread her ideas about teaching happiness and optimism to young children. As Ruth likes to say, “We shouldn’t just hope our kids turn out to be happy, well adjusted adults. We need to talk to them and teach them about happiness, outlook, and gratitude.” Ruth hopes you will stop by Spontaneous Smiley and Operation Smile to learn more. You can also follow her on Facebook here and here and on Twitter.