How the Worst Thing in My Life Became a Blessing Instead 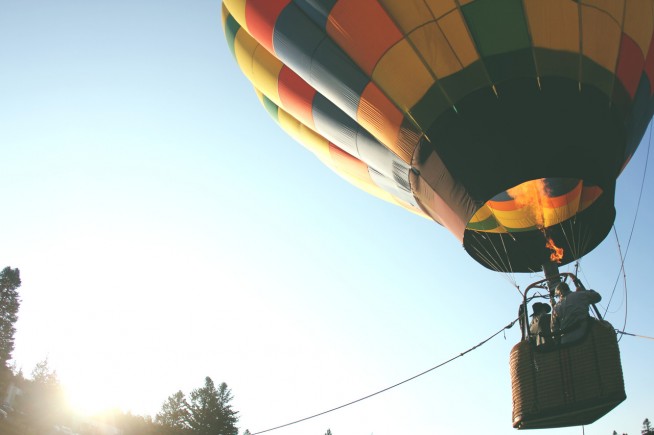 I was miserable the day I left for college. As I stood by the door, tears began to fall. All at once, a horrible reality sank in.

Earlier that month I took a fall while barefoot water skiing and instantly went from hard of hearing to deaf. When I climbed in the boat, I noticed my friends’ lips moving but no sound was coming out. I shrugged it off. My hearing had fluctuated before. Surely it was a matter of time and it would come back.<

As I lay in bed that night, the silence was broken by the incessant roar of tinnitus. Endless refrains of the same sound playing over and over made it difficult to sleep. The cold, hard reality of not being able to hear anything was probably the worst possible adversity I could have ever imagined. Growing up hard of hearing, I spent considerable effort to appear as “normal” as possible – going to elaborate lengths to hide my lone hearing aid and bluffing my way through conversations. I was miserable as a hard of hearing person, and facing college life as a deaf student was painfully tough. Classes in an auditorium were a nightmare. Try lipreading the back of a walking professor – impossible. I found solace in the endless rounds of beer-drinking weekends.

Things almost came to a head one night after sitting through a concert in American Sign Language. I couldn’t understand the music, the sign language, nor the choppy lip movements of the singers. Lying in bed that night, I wondered if life might be easier if I was no longer around to deal with it.

One morning, I had an epiphany. I came to the realization that I had two choices: I could continue to struggle, to be miserable, to miss out… or… I could change my attitude and embrace this new path in life.

I chose the latter. I chose to become the best possible deaf person I could be. That morning, I put my hair in a pony tail, slapped on my hearing aid, and went out in public with a new identity.

The change wasn’t a smooth one, nor was it a “happily ever after” story at first. But I can tell you, that simple change of attitude was the catalyst for turning adversity into a blessing. Today, I can say that becoming deaf was the best thing that ever happened to me. I finally grew into the person I was supposed to be all along instead of trying to be a poor imitation of someone I wasn’t.

Adversity has a negative connotation. At first glance, it may seem impossible to see a blessing in anything that rocks your life with strife, challenge, grief, or struggle. You’ve hit rock bottom, lost hope, and gone through the deepest hell–and at this point, you certainly can’t deal with a Pollyanna piece of advice that says, “Look on the bright side.”

But, if you don’t change the way you look at things, nothing’s going to change. @DeafMom
(Click to Tweet!)

Without action of some kind, whether mental, physical, or spiritual, life will continue to go down the same track.

You have a choice. You can continue to exert the same energy towards adversity or you can change it. Find the blessing within it, no matter how small a sliver it may be. The sliver can be the catalyst for a turn around.

Karen Putz is a Passion Coach, speaker, and the author of several books, including Gliding Soles, Lessons from a Life on Water and Chicken Soup for the Soul Finding Your Happiness. She has been featured in MORE magazine, espnW, O magazine, and on the PBS show, Growing Bolder. If you turn on the TV late at night, you’ll find her in the Life Recharged infomercial with Olympians Dara Torres and Justin Gatlin. For fun, Karen likes to walk on water and is a competitive barefoot water skier. Find out more on her website or follow her on Twitter, Facebook, and Instagram.