How To Deal With Loss 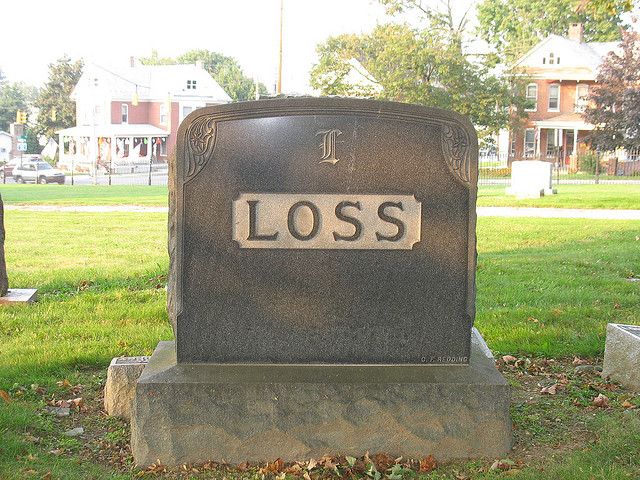 There’s no way to deal with extreme loss.

But here’s how I have tried to deal with it.

People say “Time heals all wounds.” But this is a bad answer. Sure, a memory will get sutured over time, leaving only a faint scar.

But how much time? Nobody says how long?

Can I negotiate the speed of that time?

I’ve tried to regret. If I admit I was wrong, won’t that work?

“It’s easy for him to say! He doesn’t understand.”

Regret is just using suffering to suture the still open wound. That’s an easy way to get infected.

Here’s another way to deal with loss that hasn’t worked for me. Repeat over and over and over again: “I’m going to lose all of my money, my house, my family, my friends, my self-esteem, and I can’t stop it. I’m like a car with no brakes at 150 miles per hour crashing into a wall and there’s no way to stop.”

I can tell you for sure: that technique WORKS. It’s like a satanic law of attraction. I did lose all of the above. I did crash against the wall. I was left with nothing. I had no self-esteem. So I guess it worked. Who needs esteem anyway?

One time I was driving around a private racetrack, taking racing lessons. The only one before and since to ever go on that track without a driver’s license. The instructor told me I was the worst student he ever had.

The instructor, a former professional race car driver, asked me what I should do if I spin out of control.

I, of course, said, “slam the breaks” and he said, “No! That’s the worst thing. Just look the opposite way you are spinning.” Otherwise you crash into the wall.

He said, “its hard to do that. It goes against your natural instincts. But you have to do it or die.”

I will tell you how I deal with loss now.

You only can lose what you cling to.

Practice unclinging. “Unclinging” is not even a real word. That’s how much “they” don’t want you to do it. The aliens outlawed it from English.

Sometimes I don’t even know what I’m clinging to but I can feel the residue of ancient clinging that’s still there.

Something in my gut and chest and head that won’t go away. Loss. Fear.

But maybe today I can sleep a little better. Eat a little better. Be creative. Work on just one thing. Help just one person. Pay for lunch with a $2 bill. Do it now. Talk to people I like. Be grateful. Brush my teeth. I KNOW I can do all these things today. I can choose to do them.

My only regret now is that I didn’t focus on these small things at my worst. I wasted so much time worrying. Regretting the loss of a life I thought I was entitled to.

I lost that life. And found another. It’s the gap in between that’s the secret ingredient. Be gentle with yourself in the gap.

Gentleness is what has worked for me now. I can’t describe it further. You have to try it. Everything else comes from that.