Are You Involved with a Narcissist? 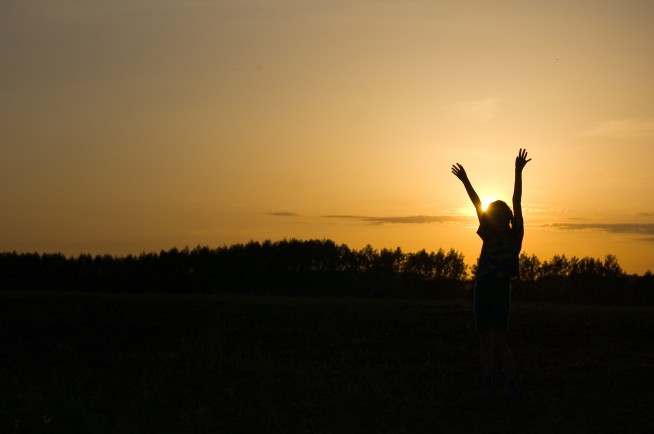 I was deep in the heat of a conversation with a guy friend of mine, as we sat across from each other at the dinner table. I felt fire burning inside of me. He said, “Tell me what your Small Self is saying right now?”

I glared at him and said, “My Small Self is saying there are two kinds of men.” I paused for dramatic effect. There was venom in my voice.

I went on. “There are the smart, sexy, talented, handsome, charismatic men who are great in bed but who lie, cheat, and betray you. Then there are the kind, sensitive, gentle, compassionate guys who dote on you but are lazy and lack ambition and can’t stand up for themselves or get it up in bed.”

My friend looked at me with kind eyes and no charge and said, “Wow. You really believe that, don’t you?” I started crying. He said, “I think you should bring that up with your therapist.”

I retold the same sob story to my therapist Rose, who very pointedly and ruthlessly—but quite lovingly—told me that I believe there are two types of men because I’ve been involved with men who are either “narcissists” or “echoes.” She then went on to tell me the Greek myth of Narcissus and Echo.

Echo was a beautiful but quite talkative nymph who was put under a curse that made her only able to speak what others have spoken first. She fell in love with Narcissus, a vain young man who caught sight of his own reflection in a pool of water and, not realizing it was himself, spoke words of love to the reflection. Echo, the cursed water nymph, would hear “I love you” and repeat “I love you” back to Narcissus. But her love was never truly returned by Narcissus. When Narcissus realized that what he loved was actually his own image, he killed himself and transformed into a narcissus flower.

This myth can be translated into a psychological pattern of relationships, wherein one partner plays the “It’s all about me!” Narcissus role and the other boosts Narcissus’s already hearty ego by repeating back what Narcissus wants to hear while compromising her own needs and desires until she becomes resentful and feels victimized. Most people who get hooked into this unhealthy relationship pattern tend to prefer one role in the pattern or the other. The Narcissus character tends to be exactly what I said to my friend—sexy, charismatic, talented, the life of the party. Others are drawn to these people—but you only get close if it’s on Narcissus’s terms.  And if you stop echoing back what Narcissus wants to hear, you’re likely to get rejected.

On the other hand, the person who plays the Echo role tends to be more submissive, deferential, sensitive, compassionate, self-effacing, service-oriented, and emotionally manipulative. Echo, who refuses to allow attention to be focused on her, has difficulty receiving if Narcissus tries to refocus the energy on her. Echo is always feeding Narcissus’s ego, and enabling him to be the center of attention. And she never quite has a voice of her own because she’s too afraid Narcissus might leave if she fails to echo back what he wants to hear. (Keep in mind that both genders can play both roles, so this is not a male/female thing.)

Most people who hook into the Narcissus pattern don’t have full blown Narcissistic Personality Disorder, though some do. Echoes may also have personality disorders. Both roles in this pattern are equally unhealthy from a psychological perspective, and this pattern requires the participation of both parties. Most people who get hooked into this pattern play both roles in different relationships. Sometimes they play Narcissus. In other relationships, they play Echo. However, most prefer one role over another.

Some people only have a tinge of this pattern, while others are full blown.

Does this sound like you or someone you love? You’re not a bad person if you wind up as either Narcissus or Echo. You’ve just gotten hooked into a pattern that never results in healthy relationships, and once you illuminate the pattern, you can spot it a mile away. “Red alert! Incoming narcissist! Danger Will Robinson!”

If you’ve found yourself in this kind of relationship, you’ve probably been unconscious of this pattern, and you were operating from the programs of your childhood without awareness of what was operating you. There’s no need to judge yourself or anyone else. It’s just helpful to illuminate what’s true so you can choose the kinds of relationships that truly nourish you.

Childhood Factors That Predispose Us To The Narcissus/Echo Pattern

When I studied this pattern, I learned that people who prefer the Narcissus role tend to come from childhoods when they either had overindulgent parents, especially a doting mother, or the opposite—cold, unempathetic parents who required the child to act out to get attention. These children grow up becoming approval junkies and are attracted to careers that further feed the pattern. (Think celebrity careers such as rock stars, movie stars, authors, and artists, but also high profile, high power careers such as doctors, lawyers, and CEO’s, whose entire career further feeds the childhood pattern.)

Echo, on the other hand, tends to arise from an abusive childhood, where she had to defer to often narcissistic parents who neglected her (or him.) These are not hard and fast psychology rules, and it’s easy to oversimplify here. But you get the picture. . . .

Getting Honest With Myself

My therapy session led to a huge epiphany for me when Rose suggested that the last three men I’d gotten involved with had all been Narcissus, and I had been their Echo. But in other relationships in my life, I’ve played Narcissus to someone else’s Echo. I feel much more powerful, in control, attractive, and secure when I play Narcissus. When I’m Echo, I feel insecure, grasping, disrespected, resentful, and under-appreciated. Either way, this dynamic never ends well. And I’ve done it . . . over and over and over. . . .

The curious thing is that my soul has been trying to break this pattern for years. When I examine my past relationships, I see how hard I’ve tried to unhook from this pattern, but it’s hard when both players in the pattern are unconscious of their roles. It’s like hooking into grooves on a dysfunctional road. You have to be wide awake and fully conscious in order to steer out of the ruts and avoid slipping into old grooves.

How To Break The Pattern

Just say no to Narcissus and Echo.

This may require you to have some heart to hearts with others who have hooked into this pattern with you. Discuss the pattern lovingly and gently. Consider doing it with the moderation of a therapist. Invite the other person, commit to breaking the pattern with you. And as you examine new relationships, keep your eyes open. Once you’re aware of the pattern, you’ll smell it a mile away. Refuse to hook in, no matter how attracted you are!

I’ve had a few of these talks so far. For some of the people closest to me, it resulted in a lot of tears and “A-ha’s.” One friend said, “OMG, I’m Narcissus and you’re Echo!” then high-fived me and said, “Let’s stop this!” We laughed about it and went out to lunch. Our whole relationship shifted after that conversation.

Another friend hung her head and said, “I’ve been Echo.” I apologized, feeling guilty and self-indulgent as Narcissus. She let me dote on her all afternoon, focusing all our attention on nurturing her for the day, to try to over-correct for all the days we’d focused on me.

Are You Narcissus? Are You Echo?

Are you ready to unhook from the pattern? Are there conversations you need to initiate? Remember to be gentle with yourself if your answer is yes. Don’t judge yourself. Give yourself a hug for the soul growth you’re embracing, and get excited about the healthier relationships you’re sure to attract.

Lissa Rankin, M.D., is a physician, author, speaker, teacher, and founder of the Whole Health Medicine Institute. She is passionate about what lies at the intersection of science and spirituality and is committed to awakening consciousness not just in the field of health care, but in how we align with our soul’s purpose in all aspects of our lives. She teaches several teleclasses, including Medicine For The Soul, Find Your Calling, and Visionary Ignition Switch. Her next book, The Fear Cure, will be published by Hay House in 2015. When not spreading the word, she paints, practices yoga, skis, and hikes. She lives in Marin County, California with her daughter. To subscribe to Lissa’s blog or learn more about her other programs, sign up at LissaRankin.com.