It’s Okay Not to Fit in, as Long as You Stand Out 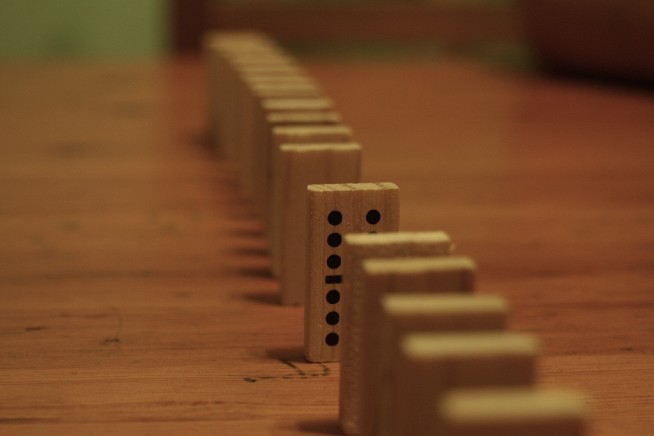 A few months ago, I was invited to a networking event by a friend of mine. To be completely honest, I’m not a huge fan of networking events. They all share the same premise and the interaction never seems organic or genuine to me. The invites on social media read more like advertisements than invitations and by the time I leave, I realize that I barely had anything in common with the people there. It’s normally a big waste of time in my opinion.

However, this was an important event for my friend, so despite my hesitation I made sure I was in attendance.

The event consisted of about twenty-thirty people from the health/wellness industry. There were a few contract lawyers, a couple of group fitness instructors, an acupuncturist, a masseuse, one or two web designers and a plethora of coaches — life coaches, health coaches, fitness coaches, etc.

You would think I’d feel right at home, unfortunately I did not.

The majority of the people in attendance knew each other. Not a big deal right? Well it wouldn’t have been had they actually interacted with everyone else at the event. They stayed in their respected groups, only venturing out to grab an occasional glass of Prosecco or a Cosmo from the bar.

It didn’t feel like a networking event at all, it was more like an “old friends catching up” party. Ironically this has been my experience at all networking events that I’ve attended, which is the primary reason why I don’t like them. There’s never any networking.

I’m an introvert by nature, especially when in unfamiliar territory with people I don’t know. I’m very observant and reserved when the energy doesn’t feel right. Some people mistake it as being shy, I credit it to the over analytical characteristic of my Virgo self. Nonetheless, despite the fact that everyone at the event was in the same industry, I didn’t feel like I belonged there.

Most of the people there were either New York natives or had lived in the city for quite some time. Most of the coaches attended IIN (Institute for Integrative Nutrition), knew each other from college, had mutual friends or hung out in the same circles. Many of them came from wealthy families, were raised in two parent households and always aspired to be in the wellness industry.

I stayed at the event for a little over an hour, talked to a few people, exchanged information with some, then left. As I walked through midtown Manhattan attempting to hail a cab, I couldn’t help but feel a sense of uneasiness. I kept thinking, there I was in a room full of my peers, yet felt so detached from everyone there.

Was it paranoia creeping up that night? I didn’t think it was. I mean, I saw the empty stares and looks of confusion plastered on the faces of the guests. I felt the awkwardness in the room. Or was it just me?

I needed a fresh perspective, so I called my good friend Daryl to get his opinion. During our conversation, he said something that struck me. He said, “Quentin, I know exactly why you felt like an outsider. You didn’t fit in, because you stand out.” Fact is, he was right. I do stand out.

Let’s be honest, I’m not what most people envision when they think about yoga, yet I’m a yoga guide, certified in both Strala and the traditional Hatha method. I’m also not the first person people picture during a discussion about juicing, even though I’m considered by many to be an expert on the topic.

I was reminded of who I am and where I came from.

I didn’t grow up the same way many at the event did. I grew up in a city known more for heroin and homicide than blue crabs and baseball. I come from a family where addiction has taken more lives than cancer and heart disease combined. I dropped out of college after being diagnosed with Generalized Anxiety and Panic Disorder, battled an addiction to anti-anxiety medication and survived an accidental overdose. I was told by teachers that I wouldn’t amount to much, and lied to by doctors proclaiming that I would have to be on medication for the rest of my life.

They were both wrong!

My path was far from conventional and in spite of my differences, I still ended up at the same event. I realized that my imperfections didn’t disqualify me from success, they actually prepared me for it.

I could no longer be ashamed of standing out. I wasn’t embarrassed to be different anymore. My scars were no longer scars, but more like beauty marks. They are there to warn anyone that views them that owner has a testimony. They remind me of the pain I’ve endured and the adversity I overcame.

I found out later that some of the people at the event, the ones that were giving me cold stares and had no interest in conversing with me, were actually very familiar with my work once they found out exactly who I was. They didn’t know me per se, however they were aware of my contributions. A few of which have contacted me via social media and invited me to other social gatherings. It’s safe to say, I haven’t attended.

So often we get caught up in wanting to be accepted by others, that we neglect to accept ourselves.

Learning to love yourself completely is the only comfort needed to withstand any uncomfortable situation life throws at you. Never allow someone else’s perception of you to distort the picture you’ve created of yourself.

Remember, your path to success may be a road less traveled, but all that means is your footprints will be the only ones discovered in the future.