Can You Do One Page a Day? 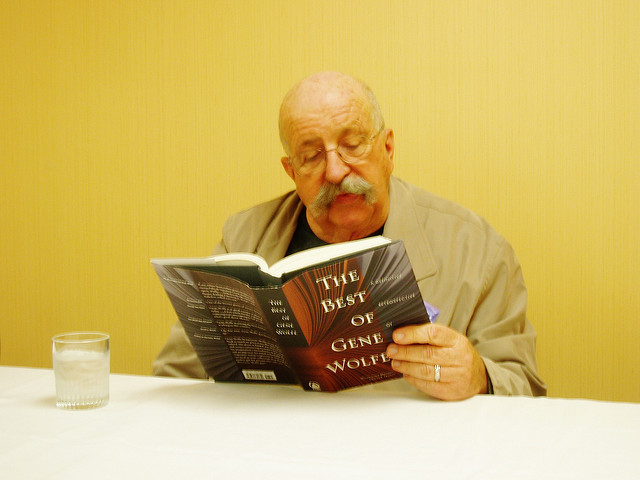 When I start to date a woman, I want her to love me IMMEDIATELY. That never happens. “You’re going to fast,” and she ends it.

When I started a novel when I was younger, I wanted to finish it the next day. When I start a business, I want to sell it a day later. Count the riches.

When I started graduate school, I was already planning how I was going to be the fastest PhD in history.

Around the time that I had initially planned on receiving that Phd, I ended up getting thrown out. “Lack of maturity,” the letter said.

I don’t believe “life is short.” Sometimes it feels very very long. Like I wish every day would be over already just so I can get to the next. And the next.

An imaginary tomorrow always seems to be better than today in my head.

Which makes me think of my hero, Gene Wolfe.

Gene Wolfe was given the task of how do you take a baked potato, press it down, and slice it up in such a way that it can fit into a tennis ball can.

Well, my man did it. He invented Pringles. And I ate one this morning.

But that’s not why he’s my hero.

While many normal human beings, not as obsessed with status and creativity as Gene was, might say: “Ok, I just did my life’s achievement. I’ve achieved my PURPOSE. I’ve created an easily storable food based on a vegetable that, when doused with a ton of salt, will please children and adults for decades, maybe centuries.”

I mean, what would you do at that point?

If I were Gene (and I almost hate using his first name, as if I knew him when it’s only in my dreams I imagine having dinner with him and OH, the things we would talk about, the laughs we would have) I would’ve rested on my laurels, collected awards, imagined playing golf with friends, can of Pringles always in tow, maybe a little belly develops but hey, he deserved it. He EARNED it.

But Gene knew the magic secret. And it is only with his lifetime (and at eighty-three he’s still going) that he is able to share that secret.

The secret: One page a day.

Gene ended up writing fifty published novels, including many bestsellers and award-winners.

He didn’t get stereotyped and stuffed into that Pringles can. As dead as the chips he created.

He did what he loved to do. That’s what keeps you alive every day. That’s The Push.

Life is too long to reject the opportunities in front of you every day. @jaltucher
(Click to Tweet!)

I was talking to James Manos, the creator of Dexter. He said, “my definition of success is if you can’t distinguish between work and pleasure.”

It’s ok if right now the two are separate for you. Today is a new day.

We repent what we want to change. We regret what we never changed.

This is my page today.