The Moment Her Skin Burned Off 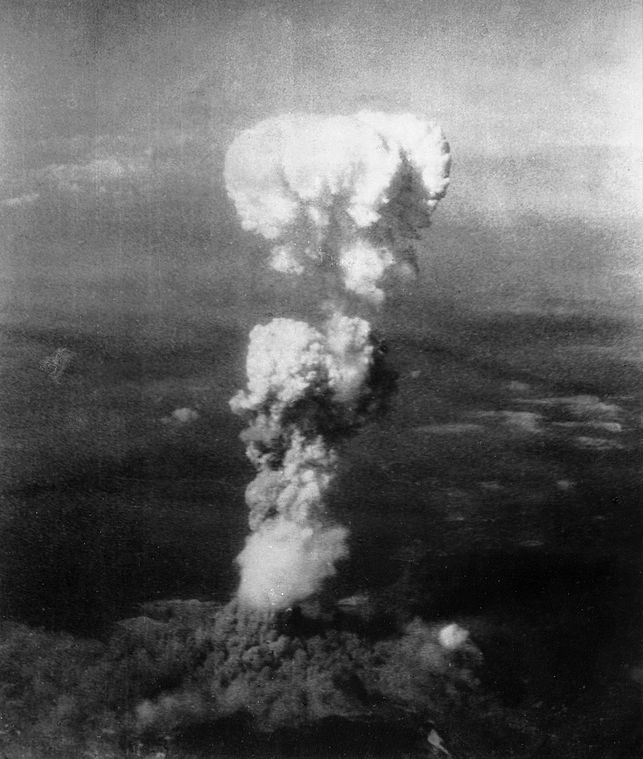 First I showed my five year old daughter a movie of a a little girl melting from nuclear radiation. The little girl was screaming.

The anime movie for my favorite manga book, Barefoot Gen – about a boy who survives Hiroshima – had just come out. I figured Josie, at the age of five, was old enough to watch.

In one of the first scenes, Gen is forced to watch while his trapped mother and sister melt in front of him from flames and radiation moments after the nuclear bomb went off.

“It’s a great movie,” I said to Josie but then after awhile we turned it off.

Around 3:00 in the morning, I hear her crying in her room.

She’s sitting up in her bed crying and hitting the pillow over and over. She’s still asleep. “Stop, stop, stop,” she was saying, her face wrinkled in red anger and fear and sadness, until I woke her up and she kept crying, crying, crying and that is still in my head to this day. Right now.

Ten year later she’s outside right now this second. Getting a tan.

When I was in sixth grade I was very upset.

I had been making calls to politicians. To Senators, Congressmen, all sorts of people. Even random employees of the White House. I would cold call them and interview them.

I kept notes on each interview. Sometimes the Senators would send me signed photos. I collected campaign buttons. “I like Ike.” Or “Carter / Mondale.”

One time, by accident, my mother threw out all the notes to my interviews. In the garbage they went.

I was very upset. I was throwing myself to the ground. I was screaming. I was crying.

To make me stop she thew a knife at me. She has bad aim so the knife missed.

But I stopped crying. She apologized.

She and my dad helped me go through the garbage and piece together my notes.

I was very proud of the interviews I had done. It had been hard work.

I don’t remember any of the notes I took. Or what anyone said to me.

I just remember this story.

We had been in Florida two weeks. Maybe only four blocks from the ocean, but we hadn’t been to the ocean yet.

I’m not an ocean person. I’m a stay in air conditioning person.

Everyone was tired but they all got dressed. The sun was carefully peeking out. Making sure the world was ready.

The sky and ocean blended into a cocktail of purple clouds, orange-pink tears of early sunlight and infinite blue. A mixture of melancholy and forever.

When we were all in the ocean Claudia suggested we hold hands and be thankful and each list things we had been thankful for this past year.

I admit I don’t like being a parent. It’s hard work. Sometimes I screw up badly. What scars have I caused?

Being a parent is like a bottomless pit of hope and sadness and frustration and humor. And other things I guess. I have no idea.

But there we were, in the middle of those weird Crayola blue colors, bathed in the light of a star, daydreams spattering across our heads as we woke up, floating in the water, holding each others hands as tightly as possible.

Nothing else. I hope they remember that moment.

I have to say I wasn’t thankful for anything at all. Nothing.