I Didn’t Feel Supported for Years 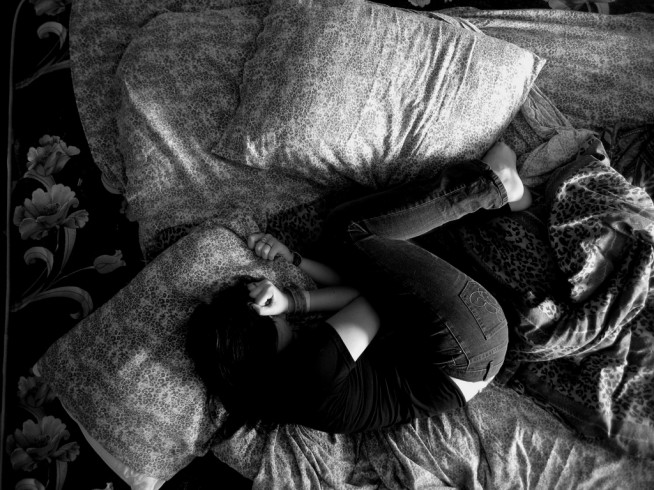 For the majority of my life I’ve proudly declared how independent I am. While being independent is something that will always be true of my personality, I recently had the very eye-opening realization that I’m so frustratingly independent because I believed I had to be most of my life.

After my parents got divorced, they weren’t as present as before. Heck, my dad wasn’t even home most of the time. I didn’t have a lot of friends because I didn’t fit in and didn’t want to do what everyone else was doing. My high school sweetheart was often self absorbed, manipulative and emotionally abusive. He’d tell me I was difficult and selfish if I had even the slightest of needs. The guy I had a long relationship with after that loved, to a fault, that he didn’t have to take care of me in any way… so much so that when I was sick I’d get excited to have a “day off.”

I became so independent because I felt like I had to be.

And that’s the key distinction to realize here, I thought I had to be.

I believed that no one wanted to take care of me, that I had to do it all myself, and that being so independent was a positive personality trait. I became so independent because I held a false belief and interacted with others and the world in a way that prompted them to reinforce that belief.

But, since having this realization I’ve made some changes, and I’ve learned a ton, which I’m super excited to share with you today.

1) The people who love you want to support you…let them.

When I realized I’d been so independent because I’ve had to be, I stopped and asked myself the one question that continues to transform my life…what did I do to allow this to happen? I assumed because my parents were wrapped up in their divorce that I was unlovable, too much, and not something they wanted to “deal with.” I carried that belief into a relationship that was abusive and toxic, because it simply reinforced a belief I had already created. I taught the next guy how to be “selfish and lazy” and not take care of me because I made a point to show him I didn’t need him to. I was independent and I believed (again, forming beliefs all on my own) that’s what he was so attracted to.

Since having this realization, I’ve let my guard down and I’ve stopped being so independent. I let the people in my life take care of me. I let them support me, love me, do things for me, and be there for me. I let myself unravel when I need to, because I know there is someone else who can — and wants to be — strong for me in that moment.

What I’ve learned is that the people in our lives want to support us. @StephenieZ
(Click to Tweet!)

Even the ones that don’t know us all that well, like the amazing people in my mastermind groups. Letting people support me in these last couple weeks has been life changing.

2) Being independent is exhausting, whether you’ve realized it yet or not.

The moment it all clicked for me, I got very sad and very tired. I’ve been strong and independent for a long time… and you know what? It’s exhausting. Being able to admit that I’m tired of being so strong and independent was an enormous weight off my shoulders. It also made me realize that even though we’re being strong and independent, we’re still storing all the hurt, exhaustion, and pain that comes with it. It doesn’t mean we’re stronger than others or that we can do it all on our own…it just means we’re good at stuffing things down and charging forward. A fabulous mode in certain situations, don’t get me wrong, but one that is detrimental to our health and happiness when we stay in it for too long.

So I gave myself some time to feel all the years of hurt and pain that I had “handled” on my own. To feel sad and lonely and tired. To allow myself to put the strong and independent fronts away, so I could just be the tired, sensitive, vulnerable, and the soft person I am. And I didn’t just put those fronts away for the day, they’re still stored away… which means I’m suddenly aware of how exhausting life can really be. Which leads me to…

3) Amazing things happen when you let people take care of you.

I mean, truly amazing. Letting other people be strong for me when I need to be weak, take care of me when I’m tired or down, or simply hold space and cheer me on is AMAZING. My life, happiness and business have all been supercharged by the love and support of other people. And you know what? I’m showing up even more amazingly in the world and in my work because I’m not doing it solo. I have people to bounce ideas off of, to love me when I’m down, to remind me why I’m doing this when I’m frustrated, and to bear a little bit of the load.

Asking for support is a lot easier than you may expect, really. All you have to do is state the truth of the moment, “I’m tired. I need help. I don’t know what to do. I’m feeling ____.” Sometimes letting others support us means simply being in our truth in that moment, and allowing them to do the rest. We don’t have to have all the answers, we just have to show up truthfully.

4) Learning to balance the two is certainly an art form.

I’m only a couple weeks into this new practice, and it’s not the easiest thing I’ve ever done. But that just means it’s more than worth it. I’ll always be independent to some degree, that’s absolutely a part of who I am… but learning to be true to that and allow myself to be supported, well that’s an art form. One I don’t have a lot of insight on just yet, but I do know it’s about going inward and getting really honest with yourself about where you’re at. Asking, “is this something I need to do for myself, or is it something I think I have to?” There are always going to be things we need to do ourselves, but there’s a difference between that and believing we have to. Understanding that makes all the difference.

Take a moment to check in with yourself and your beliefs about independence and doing it all alone. Are they really serving you? Is it true that the people in your life don’t want to support you, or have you trained them to be that way? Is it true that you’re all alone in this, or have you believed that so deeply and for so long that others have had no choice but to fall in line with that belief? And lastly, what’s one way you can allow someone else to support you today?

Stephenie Zamora is the founder of www.stepheniezamora.com, a full-service life purpose development, design, and branding boutique, and author of Awesome Life Tips. Through her Mastery Program, she merges the worlds of personal development and branding to help men and women build passion-based lives and businesses they love. Click here to access her free Foundations for Unshakable Joy™ video training series and learn the unexpected trick to transforming your life with one single question! Connect with Stephenie on Facebook and Twitter!