I Have Found Ways 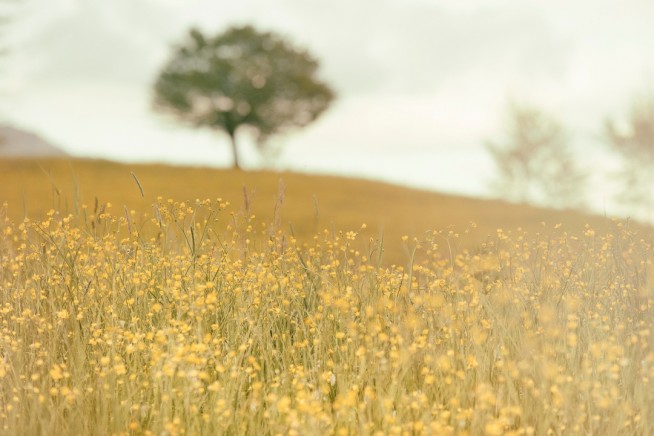 Grief comes not just when one dies, but when one’s life, as they know it, dies.

I was almost ready to leave home to study history at the University of Reading, England. Fledgling on the edge of a whole new world, wings out and ready to soar. It was summer, and I was volunteering at a camp, when I came down with something that felt like the flu.

Feverish and exhausted after the sunny days on an animal sanctuary in Kent, I thought, perhaps I’d overdosed on sunlight.

In that moment, so full of light and youth, something shifted and I entered a new world: one of pain and internal awareness.

Parts of me I’d never known began to hurt. It was the beginning of an intimate knowledge of my body and my own life.

My body no longer felt like home, no longer seemed a safe place. There were new rules, I discovered, piece by piece, as I contravened them: Don’t try to walk. Don’t sit upright for more than five minutes. Don’t go outside. Don’t go shopping alone. Don’t speak. And if I didn’t abide by the new, stringent rules, the sanctions were severe. When I tried to push my body, it pushed back, hard. Screaming pain left me wrung out and haunted. Sickness caused my weight to plummet. A litany of pain and scars covered my body and sang day and night.

My body was no longer my own, it belonged to them now: doctors, hospitals, health care professionals. Even my friends and family. They were there to help, but in their rushed efficiency, they cared, enquired and focused only on my illness.

There was no space for the me beyond the sickness. It left me feeling alone, even as I was bent, twisted, scanned and tested, bled and examined, over and over.

I was diagnosed with a long list of chronic illnesses and autoimmune conditions. Everything from my toe joints to my hypothalamus was struggling. It was winter when my doctors told me the pain, exhaustion, cognitive dysfunction and muscle weakness I was experiencing were permanent. They said, ”no cure” and left me to my own devices. Just me, a shiny black wheelchair and a packet of painkillers.

Illness became all I knew, and it was hypnotic. The pain disallowed any true perspective, and insulated me further. Living in a world badly designed for people with health issues, venturing out became harder and harder. The world beyond my body receded. And as my focus shifted inward, all that seemed real was my pain. It was loud, graphic and all-encompassing. I learned to survive, navigate this strange new world, and grieve the life I’d lost simultaneously.

I explored my new landscape of illness and pain. Now, I lived in hospitals, interminable waiting rooms, disability equipment, a haze of blood tests, and a fog of pain. And there was a new sort of people too: those who greeted me with pity in their eyes.

I’d become a sad tale to the world at large, a so-called “brilliant,” respected, young woman, admired and full of potential to a sort of tragedy, whispered behind hands and closed doors; Have you heard? Isn’t it terrible? The poor, poor thing.

A friend in a difficult relationship and being supported by her children was asked, “Do you spend time with anyone? Good influences? People who are confident, independent, strong and powerful?” She explained that she spent lots of time with me. The verdict on her company: a very disappointing, Oh, Grace doesn’t count.

Did my “invalidity” invalidate me? Everyone – friends, medical professionals, the government, strangers – became intensely interested in what I could (and more often, could not) do.

Christina Rasmussen of Second Firsts notes that the “waiting room” is a compelling place. It’s where I got stuck when I became ill. There seemed to be many people who preferred I remain in the waiting room and in that narrow box. Perhaps, I seemed quieter. Easier to handle when blindly labeled, “sick.” Weaker. Less. I’ve always been physically small; 5”1, under 100 lbs and in a wheelchair just slightly larger than a child’s. And while useful when I’ve been very ill (my husband can carry me, easily, to places inaccessible by wheelchair), it often further perpetuates the false “sick” stereotypes of stupid, ineffectual, small…weak.

Case in point: My husband, speaking to a couple of local business women, was completely taken aback when one proceeded to describe me to the other:  Oh, you should see his wife. She’s gorgeous! Tiny, and so pretty…just like a little doll. She held her hand above the floor to indicate my in-wheelchair-height. Her “compliments” were not well received by my husband, who turned, and blazingingly informed her:

“My wife is not a doll. She is an amazing, brave, brilliant, strong, powerful, woman”. He was right, of course! But many people are unwilling to see me that way.

It was fiction of their own making. Sometimes, it still is.

And, admittedly, for a time, I let other people’s warped perceptions of me shape my own self-image.

Oracle, the DC Comics supershero says, “Don’t let the wheelchair fool you. I can still kick your ass.” Eventually, I was able to connect to this sentiment, this empowerment, to understand, fully, that underneath it all, I was still me.

When I did – finally! – discover that I had to let go of my “illness life,” shed it like a skin, to grow into a new, vivid me, it was ground breaking. Liberating.

Climbing out of the boxes I’ve been forced into was hard. When I first began my Trail Blazing Wellness work, one support group magazine refused to publish me – their perspective was one of “all or nothing.” Their articles were a pointed pity party (Oh, poor thing, she’s so sick!) or a miraculous turnaround, (Amazing! She’s all better!). Anything in between, they wanted no part of. My work and philosophy of living well in the moment, even through pain, of not postponing life until the mythical days of “when I’m better,” did not sit well within their black and white spectrum.

Similarly, last week my care agency rang my husband, perturbed by something their on-site care worker had seen while in our home. The disturbing activity? Me, soaking up the sunshine in the garden, pulling up the mint taking over my adapted herb bed.

In truth, it was an idyllic scene: Making things work. Living in the moment (and even, winning the battle with those persistent mint plants!) Yet, there was prevailing alarm: She is sick! Why wasn’t she in bed? How could she possibly be gardening?

This attitude, compelling others to voice their “concerns,” to keep me firmly, “safely,” in a secure, small box, is a pervasive one. And one, as trail blazers, we can break out of. In spirited, vibrant, magnificent fashion.

I released the constant (and futile) clamouring to return to the life I had pre-diagnosis.

I released the diminutive “sick chick” persona that had been placed upon me.

And then I FOUND.

Because there is somewhere between desperately ill and miraculously cured: I’m living there, healing there, working and playing there.

It was winter when the doctors told me the pain, fatigue, cognitive dysfunction and muscle weakness I was experiencing were permanent. They told me, ‘no cure,’ that healing was impossible. They said to go home and try to “get used to” the pain, the exhaustion, the sickness. They left me to my own devices with a wheelchair and an infinite supply of pills. And an even bleaker takeaway, however unintentional: no hope.

I ignored their (terrible!) advice and perspectives.

At the beginning, all I wanted to do was give my body a fair chance. To remove everything that was making me feel worse and add in the things I knew my body needed to mend. I sought to create the best possible environment for healing, to see what might happen.

What happened was more healing than I could possibly imagine, a Healing Blueprint successfully developed, and a personalised, supportive healing team to blaze a wellness trail with me.

Six years later, I have emerged stronger. Brighter. Healthier. Happier. With a whole movement behind me.

Emerging from illness, I experienced my first meal. First steps. First trip outside. First time seeing the stars after years of being bedbound and housebound (I’d forgotten about the simple beauty of stars!)

The first time I stood again, using crutches, I was shocked. My rescue dog (and impromptu physical helper!) Bertie was just as amazed. He spun in circles, enthusiastically, barking and leaping, as if saying, that is awesome! I’ve never seen you do that before! Let’s do it again! Let’s PLAY!

And now we do. It is sheer and utter joy.

I focus on all the things I can do. I choose to be compassionate with my body and my soul. Why self-highlight the things that limit me? Why overlook the magic in the everyday? In myself?

Instead, I find ways:  To work, happily.  To live, well.  To celebrate, unabashedly.  And to move ahead, with my face toward the sun. I have found ways.