14 Things We Can Learn from Kids 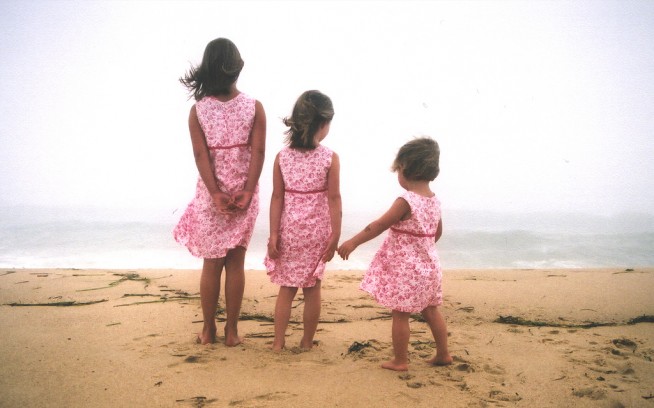 A while ago I wrote a post about why we should be more like kids and play more. We all know that having kids makes us happy (that’s at least what they want us to believe until we are able to make up our own minds).

I figured that we can actually learn a lot more from kids than just to play more. While observing my niece, and seeing how she approaches life, I was able to recognize a few more things that I and a few other people out there might have lost on the way to adulthood. Things a lot of us lost on our way to seriousness or the real life as my parents used to call it.

Here are a few things I wish I didn’t somehow lose along the way and would be happy to re-learn and make a part of my life again in the near future:

1) Help. When you’re a kid your entire life depends on the support and the help of your parents. Without them we would be nothing. We wouldn’t be able to learn how to talk, get food into our bodies or learn how to walk.

Without the help of our parents we would probably die within a few days. Unfortunately, along the way of growing up we somehow lose the capability of being able to accept any sort of help. Accepting help freaks us out. The same holds true for asking for help.

2) Curiosity. As a kid you walk through life and ask your parents all sorts of “Whys?'” Because you’re pretty damn curious about life and all of its wonders. You had to spend nine months in a pretty dark place without ever seeing anything, no chance to talk to anyone or ask questions.

You were pretty much hanging out all by yourself the whole time. So it’s only natural that you want to explore and never stop discovering. Something we unfortunately lost along the way while growing up. We’re not curious anymore.

We are now self-sufficient and seem to know everything already.

3) New people. When you’re a kid you meet all sorts of new people and you start to play with them, hang out or just have a good time. You go to a restaurant with your parents and you start playing with all the other kids.

You have a good time, have a few laughs and enjoy the time you were granted on this planet earth. No regrets, no intrigues, nothing. Just enjoying life. Today when I go out to a restaurant I usually hang out with the people I already know, talk about the same things over and over again and usually don’t meet new people.

4) Hugs. Every time my niece comes over to visit she hugs me. And by hugging I mean a real and honest hug that comes right from the heart. And you can really feel that it comes right from her heart. My reaction to it is the same every single time. First of all I’m confused about all the emotions and sincerity of her hugs and then it just simply sweeps me off my feet. I barely get and give such honest hugs in the adult world anymore, which makes me a little sad I have to admit.

Things they know they won’t need in the future anymore. So they simply get rid of them. They make a yard sale together with their parents and sell that damn stuff. But when you get older you tend to hold on to the past, you hold on to things that were once important to you. You live in past memories instead of moving on and being excited about the things ahead of you.

6) Dreams. As a kid you have all sorts of dreams. You want to be an astronaut, a magician, a train conductor, you want to travel the world, see different places and explore everything out there. As a grown up your dreams somehow evaporate as soon as you start to realize that living your dreams comes at a steep price.

If you want to live your dream you need to be able to get out of your comfort zone and say goodbye to a comfortable and luxurious lifestyle. And that’s when you tell yourself that life is too short to drink bad wine. You start to forget about all of your dreams and trade them against a life of dinking expensive wine, driving fancy cars and buying that house with that white picket fence.

And your dreams will remain dreams…Forever.

You know at what age you want to have a family and kids, when you want to have that management position and when you’re going to buy that house. And then all of a sudden you realize that your plan is never ever going to work out.

That’s the moment when you start to freak out, get depressed and realize that you can’t actually plan everything in your life. Life is just like an equation with too many variables you can’t predict.

8) Failure. I can still remember the days when I wanted to learn how to ride a bicycle. And I can still see the proof of my more or less (actually less) glorious attempts on my legs. I have numerous scars that remind me of those days.

What I had at that time is something that I and a lot of other people seem to have lost over the years. It’s the willingness to accept failure and the ability to get up after every single time you fall down and hurt yourself.

And we know that there is just one way to get there: a hell of a lot of discipline, practice, not being afraid of failure or humiliation and being able to get up after every single defeat.

Unfortunately as grown-ups we start to get freaked out by failure, stop trying out new things, quickly give up once we were knocked down and believe we don’t need role models any longer…

9) Fear. Kids aren’t afraid of anything. They get on that damn skateboard or bicycle and simply enjoy the ride. They don’t worry about anything. They don’t analyze the probabilities of getting injured, falling down or breaking their bones.

They just don’t care about it. They start to care about it only once it happened. Kids know if they worry about it too much in advance they’ll never do it. And when they hurt themselves it was usually totally worth it.

They know if they are not willing to hurt themselves at one point or the other in their lives they won’t be able to experience things. They unconsciously know that the stories about trying out new things, where they might get themselves into dangerous situations will be the stories worth telling.

Unfortunately, the best things in life, such as love, moving to another country or city, being an entrepreneur, riding a skateboard, changing careers, letting go and enjoying life to the fullest require fearlessness. A life guided by fear will not result in stories worth telling.

Having lived a life without having any great stories to tell is a more or less wasted life.

10) Questions. My niece asks questions all the time. She wants to understand how all the small pieces of this world are correlated to then form her own little puzzle. Once we’re adults we somehow stop asking questions and start believing that we know it all already. Instead of asking questions we give answers.

11) Family. Kids know that the only thing they can rely on are their families. Family is everything for them. Parents will be there for them if someone is mean to them at school, if the teacher wasn’t fair and so on. And we love them for this.

They are our safety net. When we grow up our parents are being replaced by things such as friends, boyfriends, girlfriends and so on. But most of these people will come and go. Once we realize this we look for other things to give us stability in life, such as money, a proper job and reputation.

Then we start to forget about our parents and what they did for us. We stop calling them, stop visiting them and when they get really old we put them into a place where they should feel safe (whereas it’s actually about us easing our minds). And we almost completely erase them from our minds.

12) Compassion. Kids are compassionate. Kids care about people that have less than they have. Here’s an example of what I mean: when a kid stops by and sees someone playing an instrument on the street, she usually asks her parents to give the artist some money.

The kid sees an artist. When adults see people playing an instrument on the streets they see someone begging for money. We do not see someone in need of help. We only see someone that wants our money. We might listen to it, enjoy it, but feel like rushing away as soon as the person asks for money.

When we’re grown up we only see beggars. We don’t see the artists anymore.

13) Skills. When a kid learns something new she knows that it will take a hell lot of time. It feels like giving up many times but keeps on pushing forward (intrinsically or extrinsically motivated). Kids want to be just like their parents, their role models.

So they don’t give up until they become just like their parents. It doesn’t matter how many scars, hours or failed attempts they need. Giving up is not an option. Grownups on the other hand tend to give up easily, be it a complicated relationship, a job that’s not satisfying, getting a pay raise, following your passion, learning a new skill and so on.

14) Fight. Kids have to fight for everything in their lives. The moment they are released into this world their fight for survival starts. Within the first few seconds on this planet they need to be able to get the breathing right. They fight for survival.

And then their fight continues. They need to fight for their food, for fresh diapers and many other things. Kids are prepared to cry and scream all night long to get what they want. They fight for survival. We, as grownups somehow stopped fighting.

If we don’t get the things we want straight away we usually give up.

In the end it’s all about being able to stop worrying so much about the future and not living in the past and not holding on to things you can’t change anyways.

It is today’s now that will shape tomorrow’s now. So enjoy your life. @girard_yann
(Click to Tweet!)

You can’t control or predict it anyways.

Yann Girard is a passionate Entrepreneur, Speaker, Idea Generator & Accelerator, an Author and an Agent of Change. He has started, advised and supported several startups throughout the world and has lived and worked in China, the US and Germany.

When he’s not living the life of a digital nomad and traveling the world, he loves to relax in his hometown in Munich, Germany. Whenever he can, he writes about entrepreneurship, living a better life and ideas to rethink the now on his blog called “rethinking the now.”

He recently published his first books on Amazon where he talks about the life of an entrepreneur, the ups and downs and a lot of other really cool stuff. You can find him on his website and follow him on Twitter or Medium.