What If Buddha Had Been a Mom? 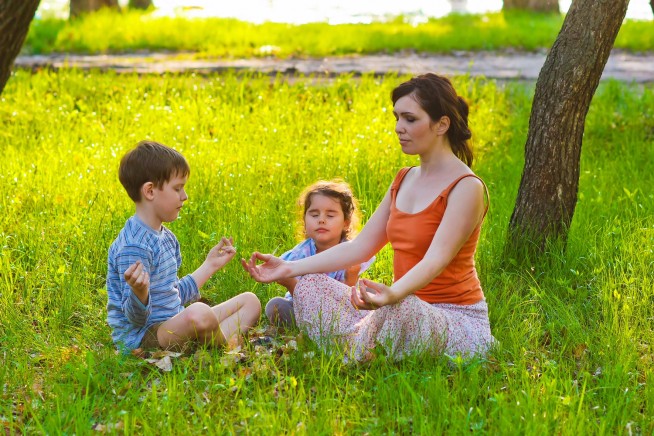 I was watching a documentary the other night with my wife. It was a rare night for us, all alone in our home. So we snuggled in, lit a fire, and watched a “weird” documentary we had been saving to watch for a night when the kids weren’t competing for the remote control.

The documentary was about the rise of Eastern spiritual practice in the West. At one point in the documentary someone who had studied with many of the great masters of the East said that one of them had told him, “If I’d lived in a house with a wife, two kids, and two automobiles, enlightenment would have been very difficult.”

I thought about that statement for a while and then told my wife I didn’t believe this was true. “It’s not that enlightenment would have been more difficult, it simply would have had a different definition,” I said.  The visual image of what spiritual mastery looks like would have had fewer caves, mountains, and long white beards and more moms, dads, and long nights of homework.

And that got me thinking.

…What if Buddha had been a mom?

Would she have left her children behind to seek enlightenment? Or would nirvana simply have included the attachment between mother and child and the responsibilities that come with it? Would she have breast-fed under the Bodhi tree? And if so, would we still think that meditation is all about no distraction? Or would life’s beautiful distractions — like nurturing your baby — have been included in the practice? Or…

…What if Jesus had been a dad?

Would he have played flag football with his son in between healing the sick? Would he have made the time? Would the advancement of his spiritual beliefs have gone as far if he had known that dying on the cross would leave behind an orphaned son? And would God’s law have included a commandment for cuddling your children at night while you tuck them in? Or…

…What if Lao Tzu had lived in Manhattan?

Would the analogy for The Way still be a garden, or would it be Central Park on a Sunday morning, or perhaps the lights of Time Square? Would he have gone to shows at The Garden and, if so, which ones? Would those shows have become part of the text and attract spiritual seekers from around the world paying homage to the master’s favorite band?

…What if Krishna had owned an iPhone?

Would we still have kirtan with musicians playing the harmonium or would we use an old original iPhone and simply press play? Would we memorize the many names of God or look them up in our contacts? Would there be so many manifestations of the divine or an app that shows them morphing from one to the other and from you to me?

What if enlightenment is simply our ability to live as we do while not seeking a magic panacea for life’s challenges.

And what if that includes not comparing our current world to the world that existed in the times in which those masters lived?

It’s not that I don’t deeply value the teachings of all the great spiritual pioneers, because I really do. I have dedicated the last several years to the study of their teachings. They are like members of my extended family on whom I count for inspiration and guidance, and I think sometimes the reverence we give them fosters the kinds of attachments, comparisons, envy, and guilt that they spent so many volumes teaching us to overcome.

Look up the word “enlightened” on the Internet. There are thousands of articles talking about beautiful teachers of yesterday, and none about the enlightened masters of today. Is this because there are none? Or because our definition of enlightenment doesn’t allow for the realities of our modern life? After all, do enlightened masters shop for yoga cushions on Amazon, drive their kids to school in Teslas, and check their Twitter to see how many retweets their last inspirational message got?

For me, the answer is unequivocally YES… yes they do…and yes we do.

This week I want to invite you to allow for the opportunity, the beautiful possibility, that you are enlightened. @Thejasongarner (Click to Tweet!)

Open yourself to the perspective that all of the things you do in your life, the nitty-gritty living parts of life, are included in the definition of what spiritual mastery means. The distractions that you meditate through, the school schedules you work your yoga classes around, the hugs and kisses you find time for in between emails, tweets, and conference calls, and all the work and money and all the other things we call distractions…each and every one of them is part of life. Our ability to breathe through all of these diversions is the real enlightenment of today.